Why a COLA Just Got Sweeter

Although every check said $22.54, she wasn’t really getting the same amount. So the Congress gave us Social Security COLAs.

Realizing that inflation had cut what beneficiaries could buy, in 1950 Congress gave Social Security its first Cost-Of-Living-Adjustment. Since then, at first through special legislation and then, since 1975,  automatically based on the CPI, Social Security check amounts usually rise annually. However, based on zero inflation in 2009, 2010, and 2015 there were no COLAs during the next year.

Now though, ascending toward all time highs, the COLA is 8.7 percent. 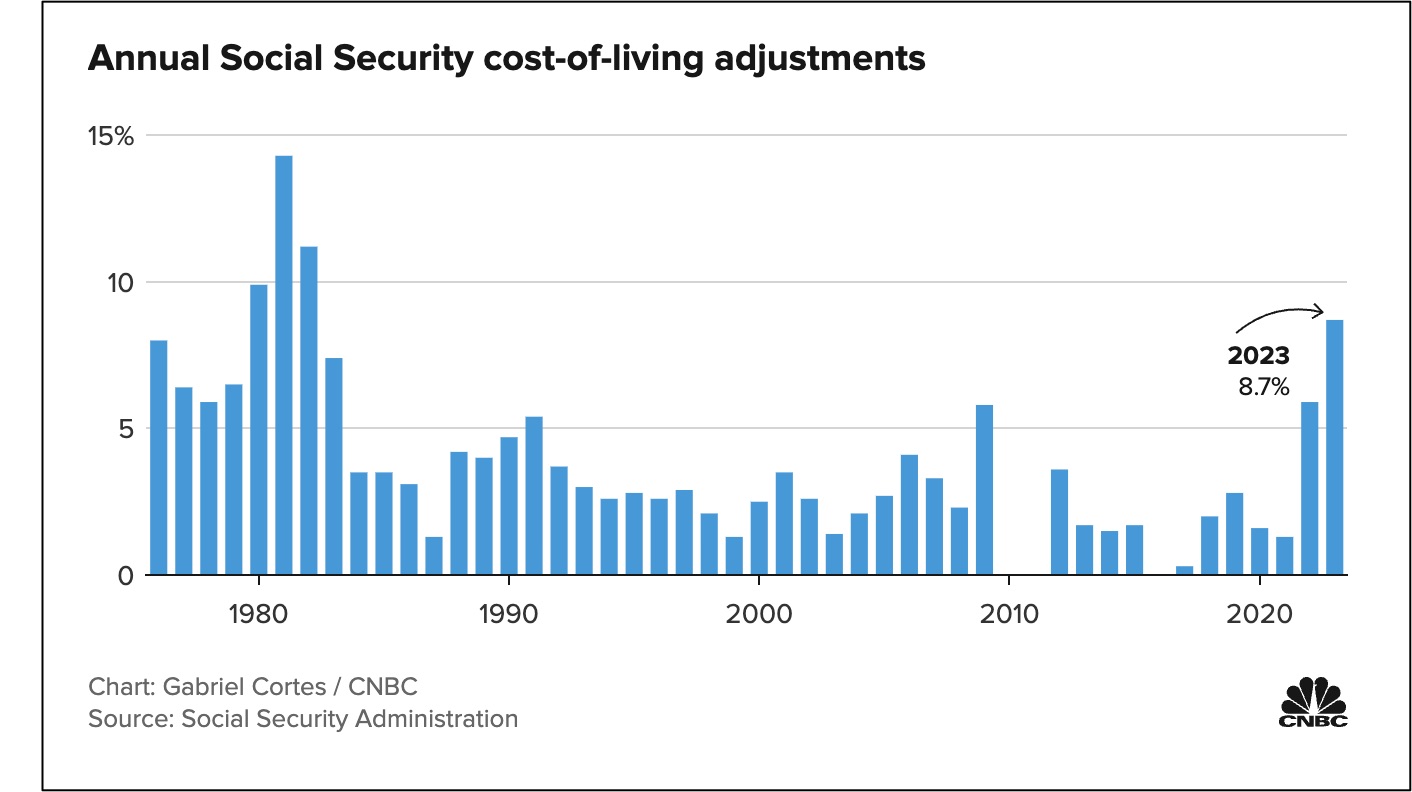 Called pay-as-you-go, current payroll taxes from the labor force provide the dollars that go to Social Security recipients. As a result, it was perfect that we had 41.9 workers for every retiree in 1945. Now though, a 2.8 ratio is a mismatch: 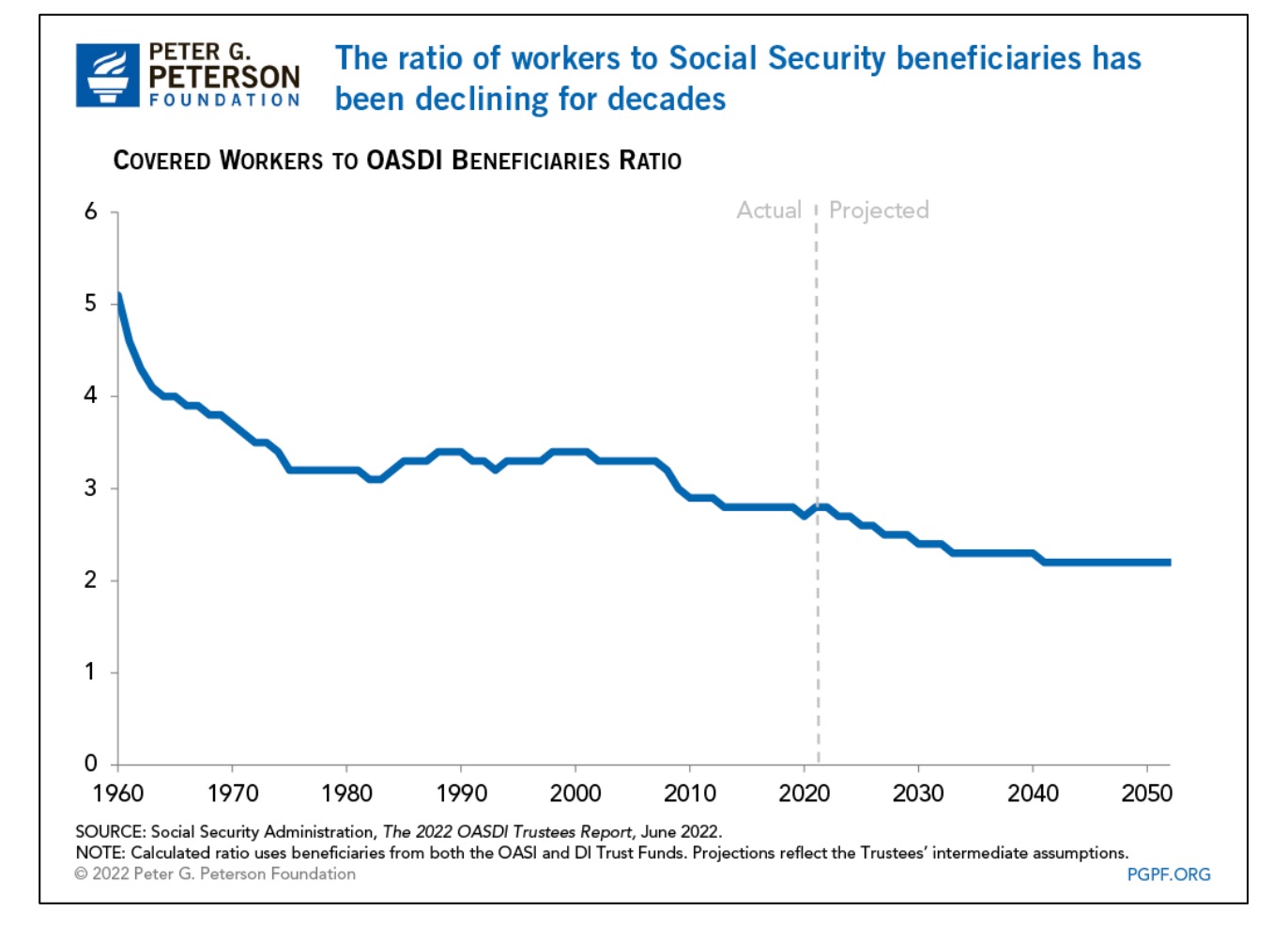 The good news (and bad news) is the trust fund.

Whenever payroll taxes did not cover what Social Security owes, the trust fund covered the gap. Now, though, the Fund is shrinking. If the law does not change, when the trust fund is depleted in 2034, benefits will decrease by 20 percent.

You might expect (as did I) that the sky high COLAs will accelerate the demise of Social Security. The Washington Post, though, points out that wages are also going up. As a result, the COLAs and higher wages could be a wash.

My sources and more: The Wasington Post and CNBC had a good update on Social Security COLAs. Then, the Social Security Administration had the ideal complement. And finally, the Peter G. Peterson Foundation provides future projections. But for still more, econlife looked at recent COLAs and senior spending, here.

How To Make a Hog Happy