Why Social Security Should Look at Senior Spending

Most years, the Social Security check that grandma and grandpa get goes up. Called a COLA (Cost of Living Adjustment), the increase reflects rising prices. Its purpose is to stabilize Social Security’s spending power.

Recently, with inflation rather tame, COLAs have been slight. During 2021, the increase has been just 1.3 percent. For the average monthly Social Security check of $1543, that adds $20 more.

However, it all could change during 2022. You can see the projected pop in red: 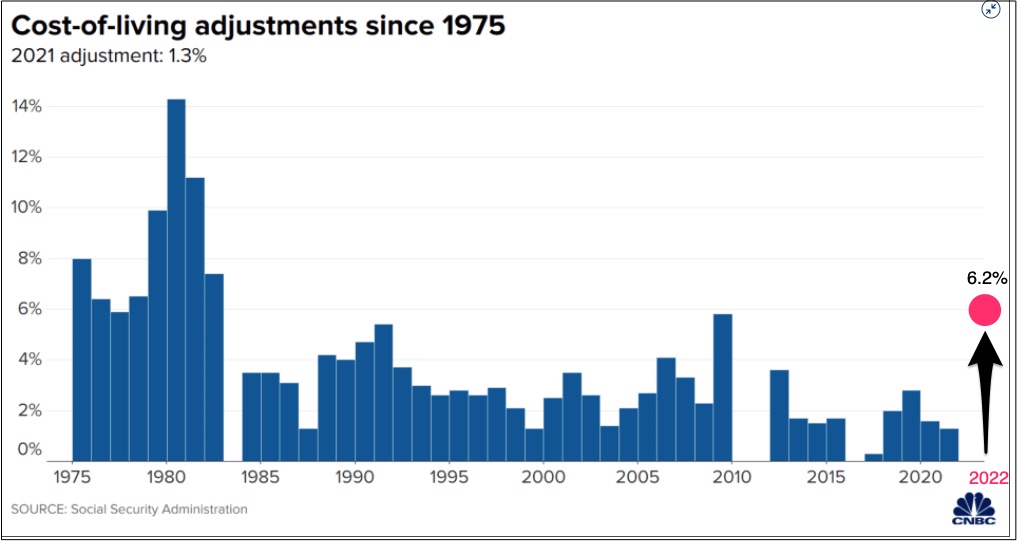 It is possible though that Seniors deserve even more.

When the Social Security Administration calculates its COLA, the basis is a “market basket” from the BLS (Bureau of Labor Statistics) that reflects what the average urban population buys. However, with higher medical expenses and lower tuition, the typical 62-year old is somewhat different. Looking at the CPI-E and a CPI-W ( for urban workers) from 1982 to 2014, one senior advocacy group estimated that seniors should have gotten annual COLAs that were .2 percent higher.

I was able to find a comparison for 2008. The rectangle around transportation and meds was drawn by me to show that transportation has less weight while meds have more (and do look to the bottom where tuition is close to zero): 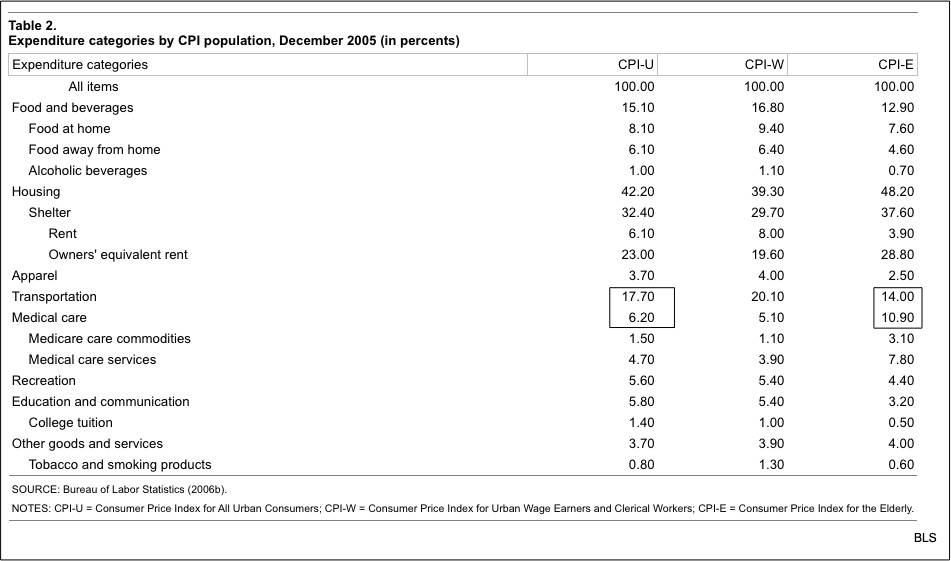 The BLS says it does not use the CPI-E because of potential inaccuracies. They are concerned that the subset of the population on which they are focusing is too small for an accurate sample. They also say that their numbers do not grab senior discounts nor the stores where seniors shop.

And yet, we are growing older. You can see below that few places are in green, indicating a decrease in the 65 and older population: 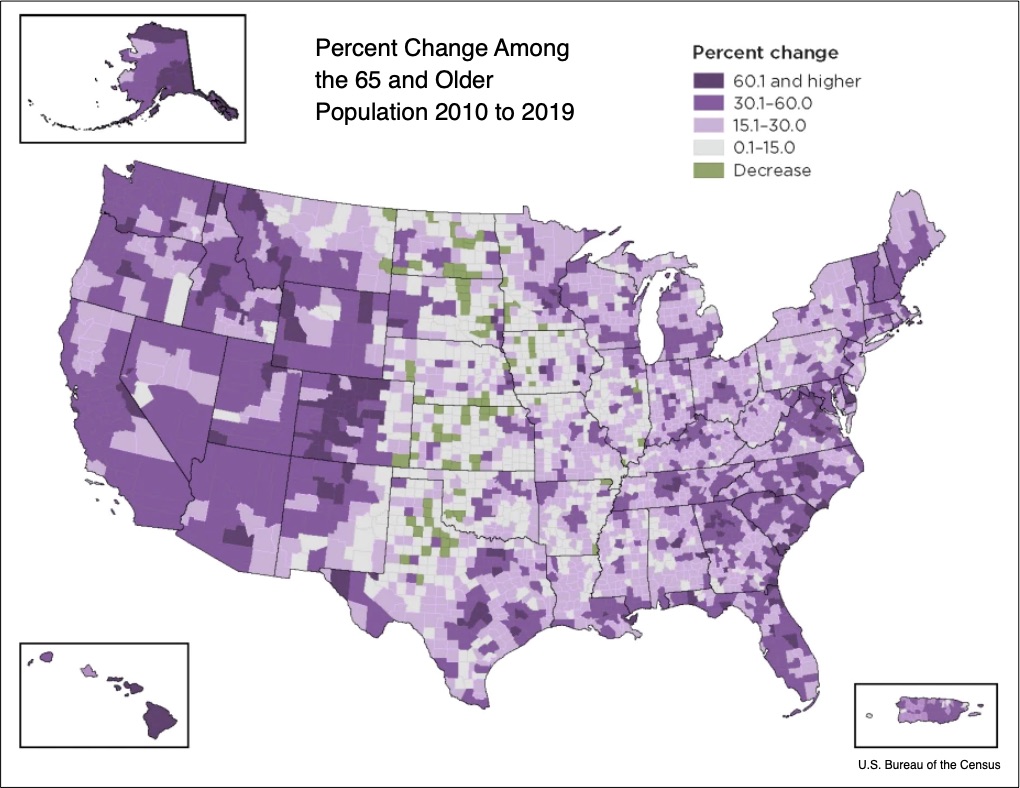 At the same time, the percent decrease in the under 18 population has grown in many places: 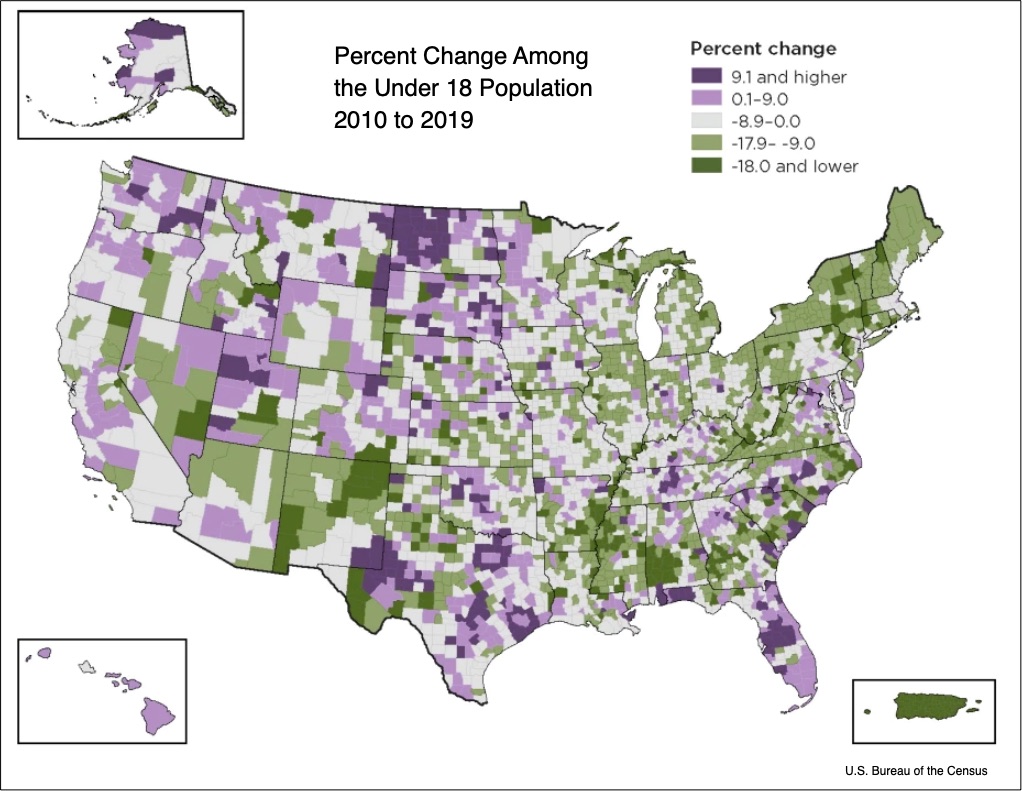 So why not try to create a more accurate CPI-E?

My sources and more: CNBC was a good source of up-to-date Social Security facts. But for more, the Social Security website has it all as does the BLS for the CPI-E and the Bureau of the Census.  In addition, this group has the seniors’ perspective. Please note that the BLS refers to a 62 and older population for what it calls the R-CPI-E. I just simplified the letters a bit and used census data for 65 and older individuals.