The Economics of Seizing a Super-Yacht

The U.S. government has a rule. “If it eats, don’t seize it.” The reason? When they’ve seized thoroughbred horses, their upkeep was too expensive.

Now, with super-yachts rather like thoroughbreds, the U.S. government is ignoring its rule.

Named Phi, a recently seized  £38m ($48,o47,20o) super-yacht has a stabilized hot tub that (I guess) won’t dump its water when a big wave hits the boat. These vessels also come equipped with helicopter pads, “infinite wine cellars,” and maybe an anti-missile defense system. In addition, through Phi’s design, the owner sought to convey, “…a profound underlying story…” with a “deep, intelligent and thought-provoking core concept…that reflects elements of several great personal interests.”

So, when Phi and others like it were seized, there was lots to take care of. One yacht marketing group said the cost is typically 10 percent of the yacht’s value. That means Phi’s annual upkeep could cost close to $4.8 million. However, if the seized vessel is under construction or is a pricier billion dollar boat ($100  million a year to maintain), the dollars multiply.

Essentially we are paying for storage and maintenance until the vessel is returned, sold, or destroyed. Before then, the list of details is endless, ranging from monitoring the water quality in which the boat sits to preserving window seals that could deteriorate in the rain.

With frozen bank accounts, the Russian oligarch owners of the seized super-yachts cannot pay for their upkeep. Instead, the cost belongs to the U.S. or the British government or whoever possesses it. As a result, in the U.S., it becomes a fiscal expense that adds to the budget proposed by the President and then approved (or rejected) by the Congress.

Super-yacht upkeep is a discretionary expense in the federal budget’s outlays: 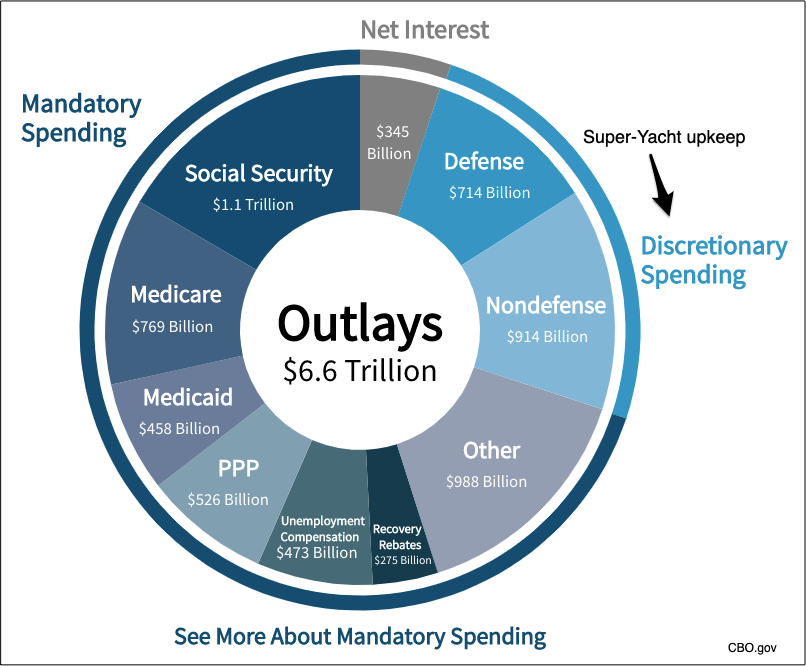 If seized yacht upkeep is a part of the defense budget (I am not sure), it would elevate numbers that actually decreased from 2020 to 2021 by 1.4 percent Below, you can see the world’s military spending trends: 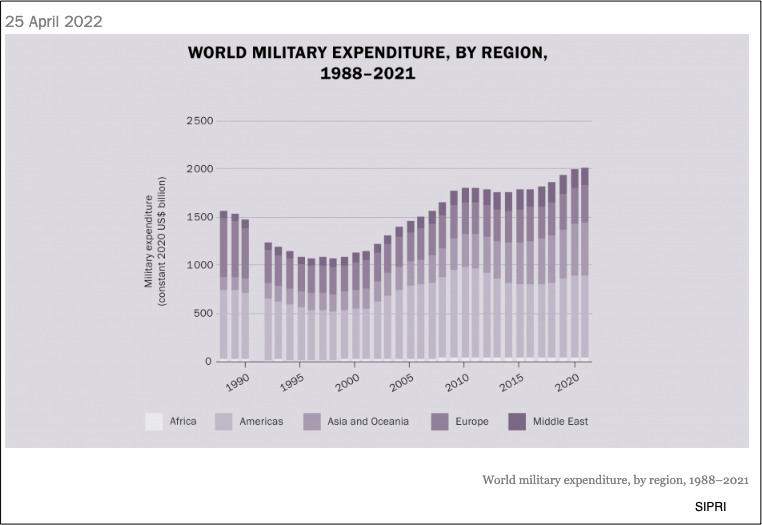 My sources and more: Having heard about defense spending on Slate Money, I wondered what topic would complement it. Then I learned more about yacht seizures and Phi (seized by the British). And finally, SIPRI had the big picture.

How Airplane Real Estate Varies With Your Seat