The Saudi Women That Are Narrowing the Gender Gap

Three years ago, the Saudi government said that women could drive. Now, a Spanish transport company that operates bullet trains in Saudi Arabia listed 30 train driver jobs for female applicants. 28,000 women applied for the position. After a year of training, the 30 that are selected will drive a high speed train between Mecca and Medina. Still though, to get married and obtain certain healthcare benefits, women need a man’s okay.

I suspect that it was being able to drive that nudged female participation rates skyward: 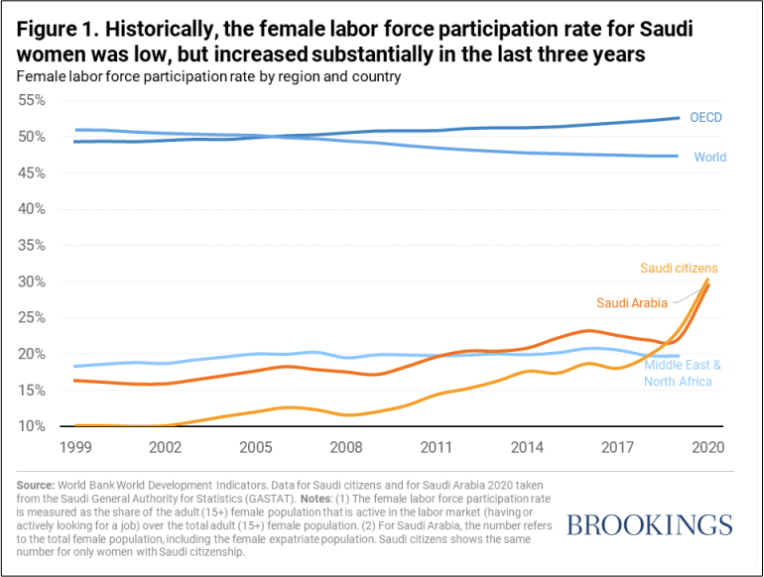 In the Global Gender Gap Report 2021, where Saudi Arabia ranks 147 out of 156 nations, it still looks rather dismal. The takeaway from the Report is continuing female underutilization. Compared to men, women have an education and they have health. However, their participation in the economy is way below where it might be. 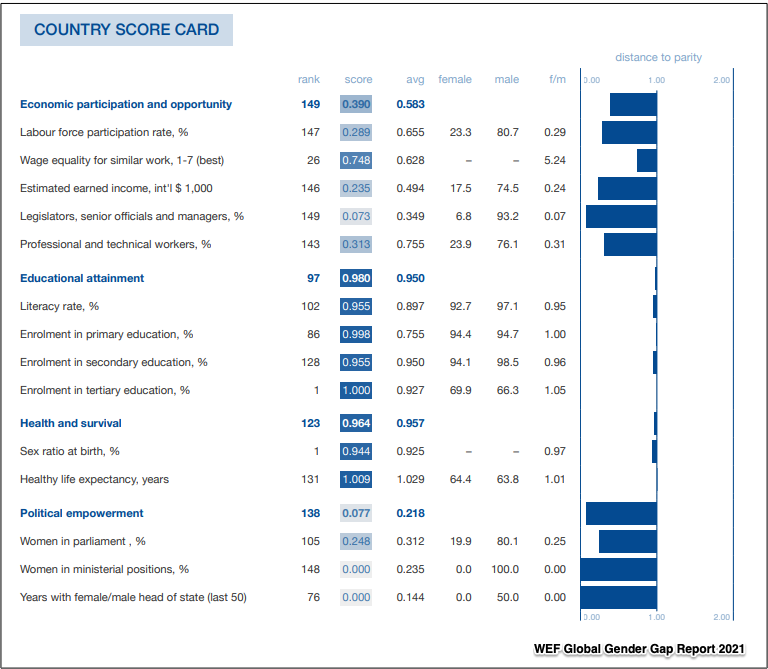 World Bank/Women Business and the Law 2021

At the same time, displaying progress, the World Bank report has a different spin. They point out that the Saudis eliminated gender restrictions that related to dangerous jobs, night jobs, and industrial jobs. Using the following statistics as their evidence, Brookings calls Saudi Arabia a “top performer”: 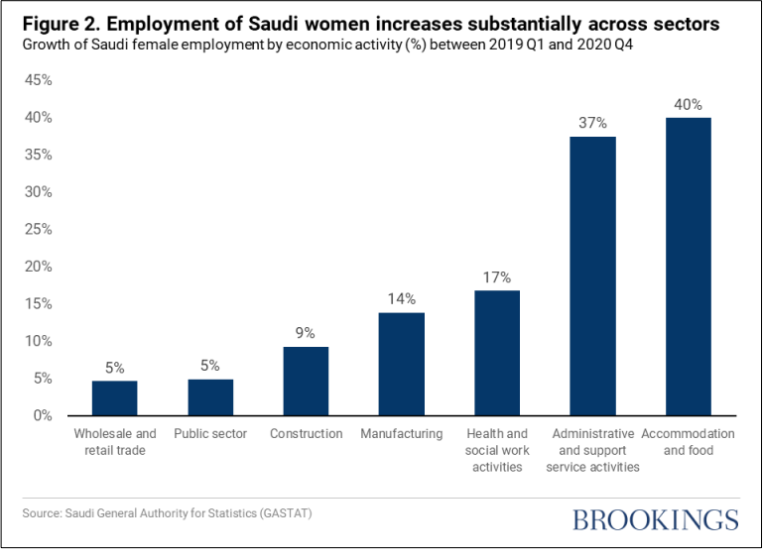 Even with the progress shown by the World Bank Report and the new jobs women will occupy, still, there is considerable underutilization of women’s talents in Saudi Arabia. World Bank data indicate that Saudi women occupy 21 percent of their country’s labor force while they are 42 percent of the population. Meanwhile, the female participation rate is 34 percent, close to half of the male rate.

As economists, we can use production possibilities graphs to illustrate this economic reality and what it could be. With the dot representing now, and the line showing the Saudi potential, we see the impact of wasting what women have to offer:

But we can conclude with the happy thought that the dot has been moving closer to the curve.

My sources and more: Thanks to Emily Peck at Axios for alerting me to the Saudi train openings for women. From there, The Washington Post and Brookings had gender gap details. However, if you want all the global gender gap facts you could possibility want to know and then more, do look at this WEF and this World Bank report. Finally, among multiple Saudi women posts, econlife has looked at a Saudi driving activist.

Why Dodge Minivan Owners Are Smiling