When There Is More to AC Than Cool Air

Kuwait has been unusually hot.

When the BBC interviewed a Kuwaiti young mom, she explained that a dog walk for her “fur baby” comes first in the day. Unable to go outside between 11 and 4, she has to time it before the sidewalks become too hot for her little one’s paws. Meanwhile, she has to cool her infant’s rear-facing car seat with ice cubes before placing the baby in it. Then, she has to rig up a tube from the front AC to the baby’s car seat in the back to keep him cool. Summing it up, she said the temperatures that touched 50C. (122 F.) “suck the life out of you” and shape your routine.

India, with many more cooling degree days per person, tops the AC list. I assume Kuwait was not in this list for because its population is 4.72 million: 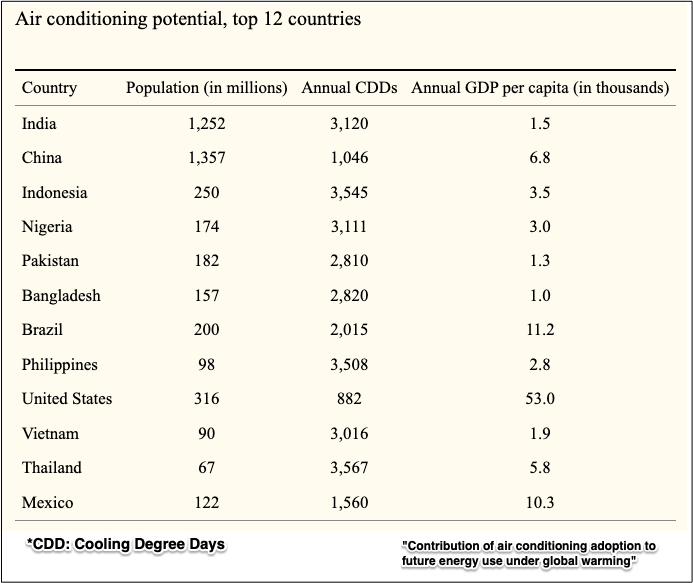 Looking back to 1880, scientists tell us that 2021 was the sixth hottest on record. Below, you can see more of the red shading that indicates higher temperatures: 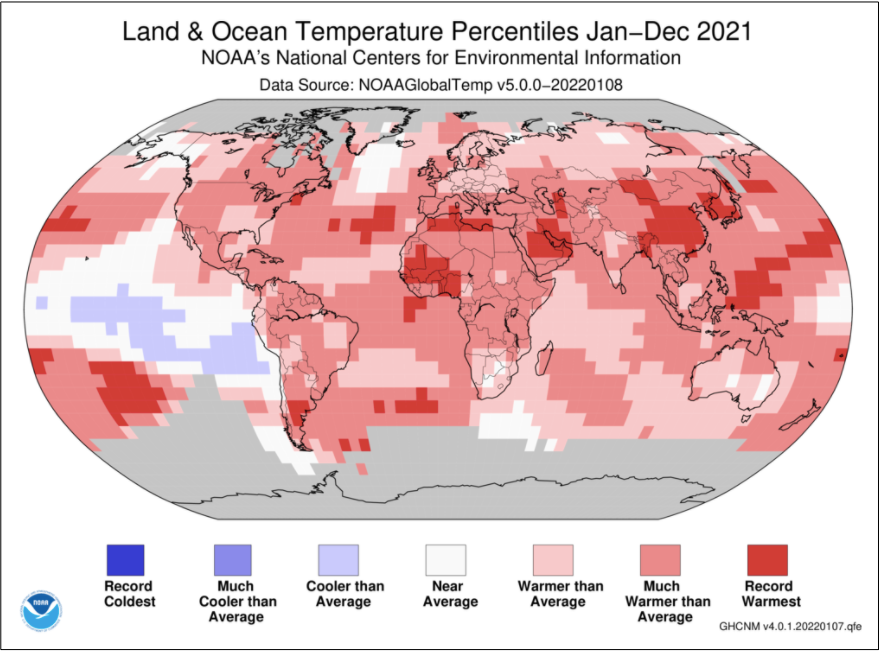 Higher temperatures mean people will need more air conditioning and, with incomes rising, more people can afford it. Research indicates that demand kicks in at an annual income of $10,000. The U.S. and China are perfect examples. When 90 percent of U.S. homes already had air conditioning, in 2013, China’s sales were booming. The authors of one study believe that income stimulates AC sales even more than rising temperatures.

Below, you can see income with a gray curve and projected or actual AC purchases in blue: 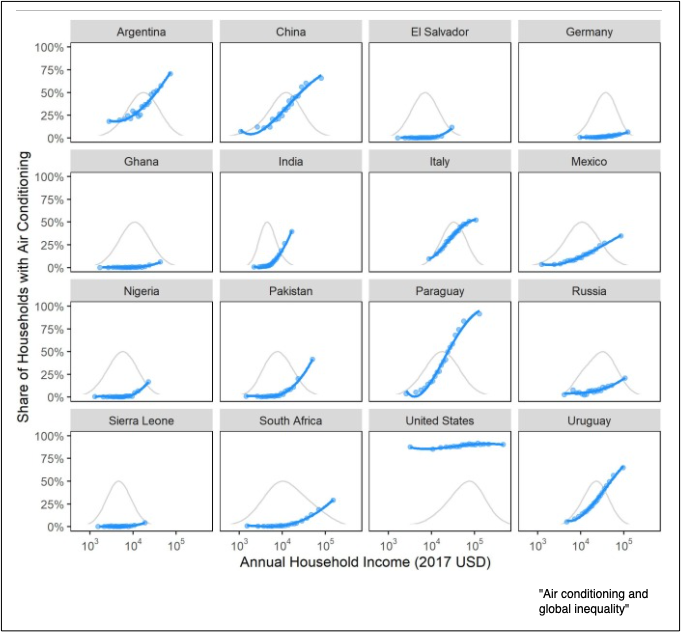 The result, as more countries ascend to middle income status, is the proliferation of residential air conditioning.The dark dots show the AC increases from 2010 to 2030 and 2050 for 16 countries:

Sadly, we wind up with a vicious circle. Higher incomes and rising temperatures create the incentive for more air conditioning. And then, through its immense use of electricity from fossil fuels and refrigerants, AC accelerates the emissions that add to global warming. The authors of one study believe income more than temperature is responsible for spurts in AC sales.

My sources and more: Thanks to the BBC’s Business Daily for an AC podcast that made my morning walk much more interesting. From there I returned to this paper and the econlife post that led me to a summary of this recent study, and to NOAA.

How to Really Understand the CPI