Until 2014, for about a decade, Princeton proclaimed a grade cap mandate. Saying no more than 35 percent of the grades in any class could be in the A range, they finally had to give up. Not only was the policy leniently enforced but also, it was tough to crush grade inflation alone. Applying  for graduate programs and jobs, students worried that they might be at a disadvantage.

Last year, Princeton’s average GPA was 3.46. Correspondingly, during  the 2018-2019 academic year, 55 percent of all course grades were in the A range and 34 percent were B’s.  Meanwhile C’s were rare and your chance of getting an F was one in a thousand.

Similarly, Harvard’s grades have been “inching upward.” According to a The Harvard Crimson student survey, a majority of respondents had a GPA of 3.7 or higher. (At Harvard, a 3.6 is an A-.):

Economists that monitor grade inflation tell us that Princeton and Harvard are not alone. The trends that are illustrated in this GPA graph have continued at public and private universities: 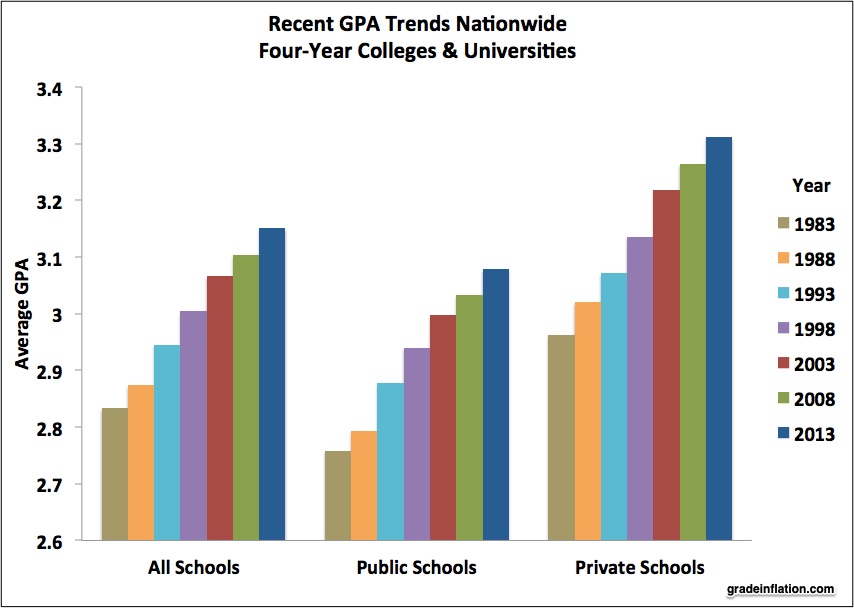 We should note, however, that it does depend on your discipline. Grades are lower in science and engineering than the social sciences and humanities. But for everyone, higher grades bring instructors better evaluations, departments more sign ups, and institutions can increase graduation rates.

Unlike grades, price inflation incentives have not been a problem…until, perhaps, now. You can see the CPI (Consumer Price Index) pop in prices for April. On a 12-month basis, the increase would be 4.2 percent, well above the Fed’s 2 percent target. It also exceeded the 3.6 percent that many predicted: 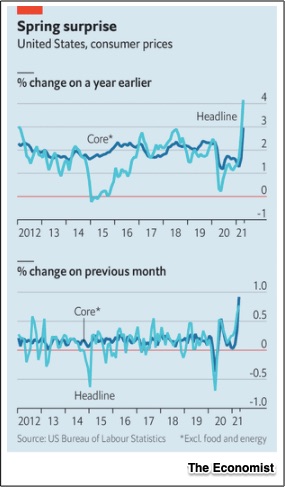 Price inflation incentives include trillions of dollars of fiscal stimulus. We see consumer demand soaring and supply bottlenecks that have created shortages of goods and container ships. Together, it adds up to rising inflation expectations that can become self-fulfilling prophecies: 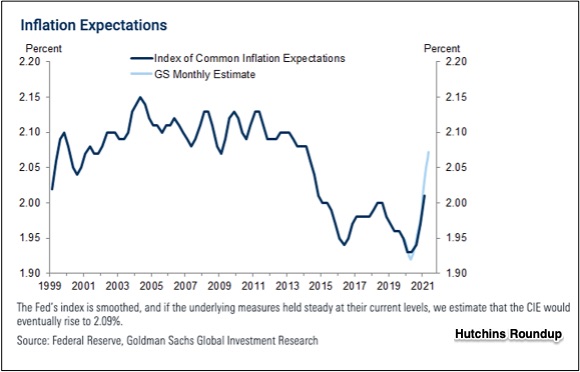 So, why are grades like prices? Because both inflate.

My sources and more: This NBER working paper had the recent grade inflation facts as did articles from The Daily Princetonian, The Harvard Crimson. the University of Michigan, and The Chronicle of Higher Education. Finally, for an excellent summary of what could fuel future price inflation, do take a look at this summary from The Economist. (Please note that several of today’s sentences on Princeton were in a previous econlife post.)

Our Surprising Response to More Safety