Where to Find New Capital Cities

Thinking of moving a capital city we can look back to the United States in 1790 or at Indonesia right now.

When a country moves its capital city, always the economy winds up playing a role.

Because of Alexander Hamilton, the U.S. capital moved from New York to what became Washington D.C.

It all related to a deal made by Alexander Hamilton, Thomas Jefferson, and James Madison. Whereas Hamilton wanted to be sure that the nation had good credit by funding its Revolutionary War debt, Jefferson and Madison were worried that states like Virginia would have to pay twice because they had already taken care of what they owed. To secure his goal, Hamilton agreed to a new capital city located between Virginia and Maryland.

The BBC called Jakarta the “fastest sinking city in the world.” With 13 rivers running through it and the Java Sea at its borders, water is everywhere. Scholars suggest that parts of it will be submerged by 2050. In addition, the city is known for its monumental traffic jams and air pollution. So what do you do when your capital city is sinking, overcrowded, and polluted?

Two years ago, Indonesia announced it would move its capital city to the East Kalimantan province of Borneo: 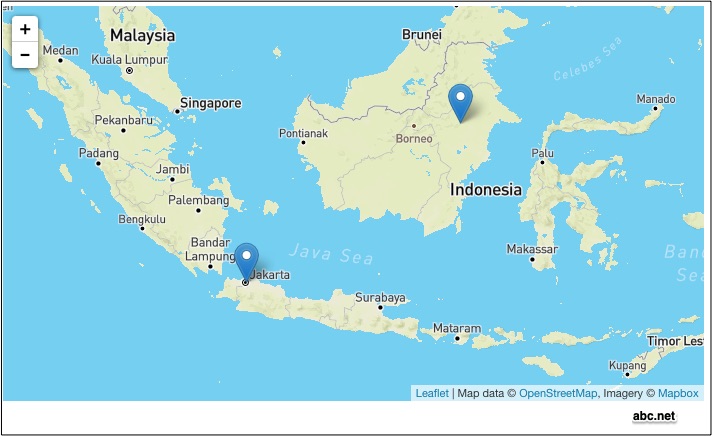 Visiting Australia last year, Indonesia’s President Joko Widodo said the new city would be smart, green, and could cost nearly $50 billion. If they proceed, work is supposed to start in 2024. Below, you can see a BBC comparison of the old and (what could be) the new capital: 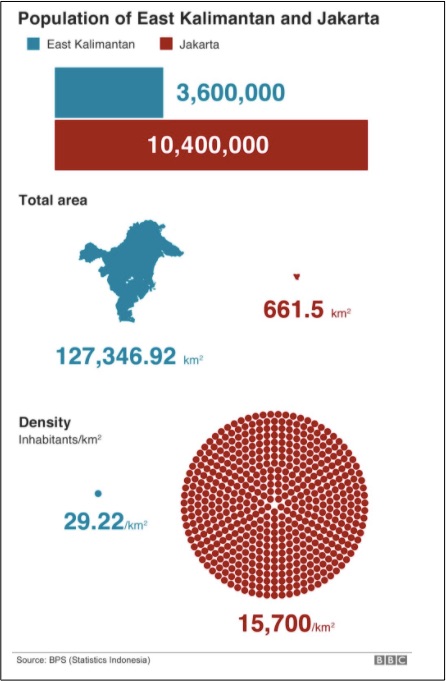 When Indonesia builds a new capital city in Borneo, it will have to develop human capital and physical capital. They will need tangible transport facilities and the virtual capability to move data and money. They will need massive new transportation and information infrastructures.

During the 18th century, the new U.S. capital also needed a new infrastructure.

My sources and more: Thanks to Statista for an email that started me thinking about capital moves. After that, the BBC, here and here, came in handy as did an ABC Australian news article.