Our story starts with a cow named Yvonne who lived on a farm in Germany. Just before her trip to the slaughterhouse, she charged through an electric fence and disappeared. Eluding the police, a helicopter, food traps, hunting dogs, and even an ox named Ernst, (reputedly “the George Clooney of cattle”), Yvonne was a fugitive for three months. Finally caught, she deservedly got a lifelong reprieve with her sister Waltraud and her son, Friesi,

Dead now, Yvonne lives onward as a symbol of animal dignity and freedom.

One problem? She was a prodigious methane producer. 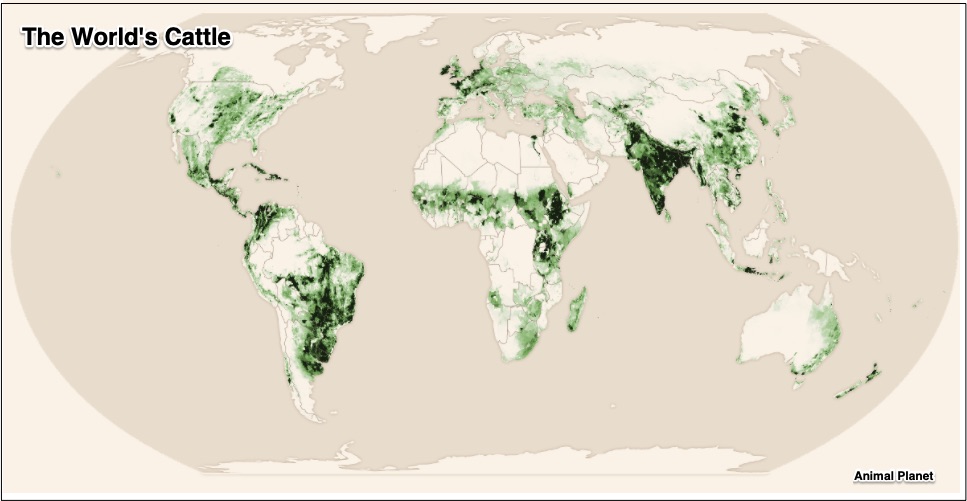 At 39 percent of livestock related emissions, cow burps spew the methane that, as a heat trapper, has been called CO2 on steroids: 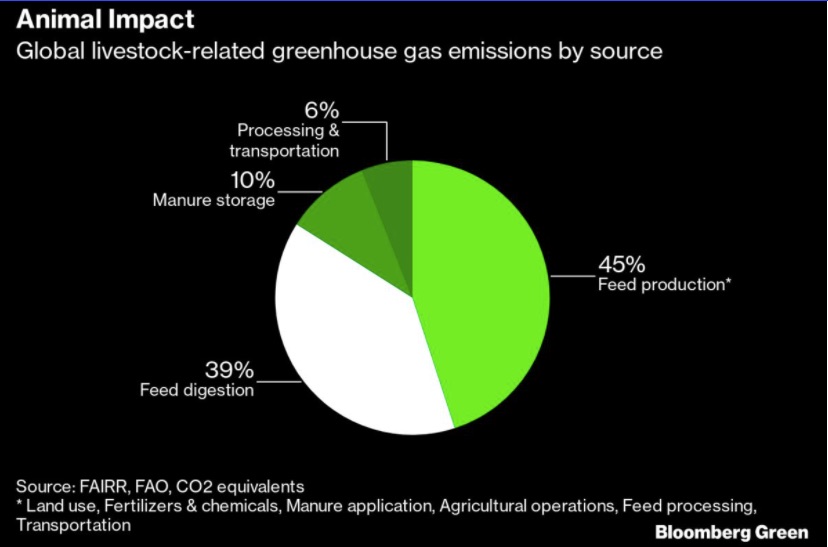 The solution might come from the mask that agricultural multinational, Cargill, has said it will sell to European dairy farmers during 2022. The device is positioned above a cow’s mouth.  Equipped with fans and solar powered batteries, it sucks up burps and then, sort of like a catalytic converter, converts the methane to CO2.

Below, a cow is wearing its mask:

This Bloomberg video has a three minute description of the mask. It is actually rather interesting:

At this point we can ask what would encourage farmers to purchase the device, perhaps for an $80 annual subscription. The incentive could be the carbon offsets they could sell or a premium price from milk and beef buyers that want sustainability. As economists, we hope that individuals will accept the current cost of a future benefit.

Here, we can return to Yvonne and, from there, imagine 1.5 billion cows burping.

My sources and more: Bloomberg’s cow mask article opened up such a range of possibilities. From there, I went to the Guardian and National Geographic, NPR and ABC News, and to Animal Planet for the visual big picture. Finally, I did not include but highly recommend Wired’s article. In addition to masks, seaweed in cow feed has been mentioned as a second solution but Wired was skeptical.

Where State Money Can Come From