The Surprising Side of Our Pandemic Spending

The NY Fed, through its Liberty Street Economics, has used income to project what might propel a post pandemic recovery. Based on card transactions from 40 million households, they identified consumer spending changes in higher and low income counties as the pandemic unfolded.

Their story starts during January 2020 and continues for a year. Our question is what happened in between. Some of the answers relate to the different path followed by higher and low income households.

We know that restaurants and bars felt a huge pandemic hit. But the eating establishments in low income counties recovered sooner. The NY Fed suggests that lower income areas would have more fast food outlets. Unaffected by social distancing, their drive-throughs could rebound sooner from an April dip: 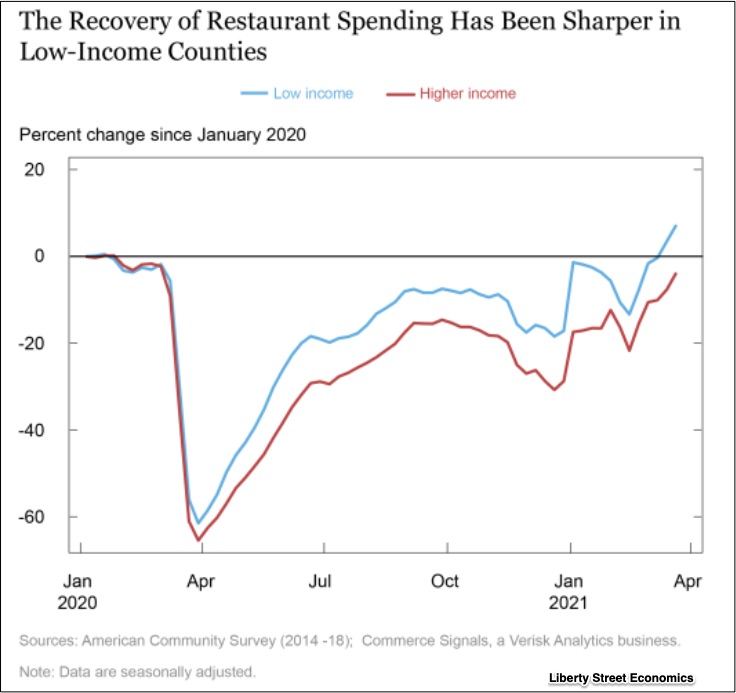 The big picture was similar with overall spending in low income counties dipping less and recovering sooner than their higher income neighbors. Here, researchers point out that because necessities occupy a larger slice of what lower income households spend, they would use stimulus checks to cut back relatively less. Meanwhile higher income households could hold back even more because they were cutting their discretionary spending: 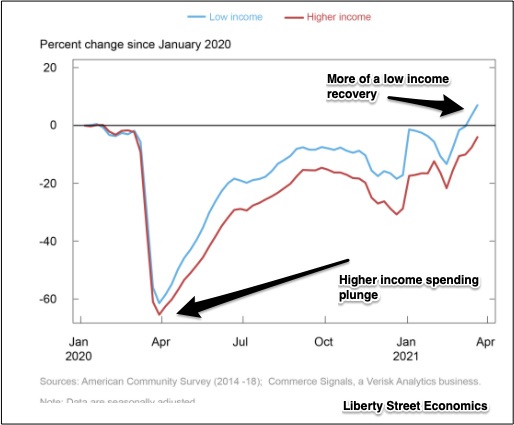 From there, NY Fed researchers considered the impact of  social distancing on spending from higher and low income households. In a four quadrant graphic (below), they displayed socially distanced constrained, unconstrained, and partially constrained consumption baskets. Then, taking the next step, they identified the baskets as normal (blue) or luxury (red) and used circle size to show their relative importance as a spending category.

It might look complicated but the conclusion is clear. Social distancing devastated travel, lodging, airlines, and gasoline demand. At the same time, clothing, at home food, and especially furniture were relatively unscathed: 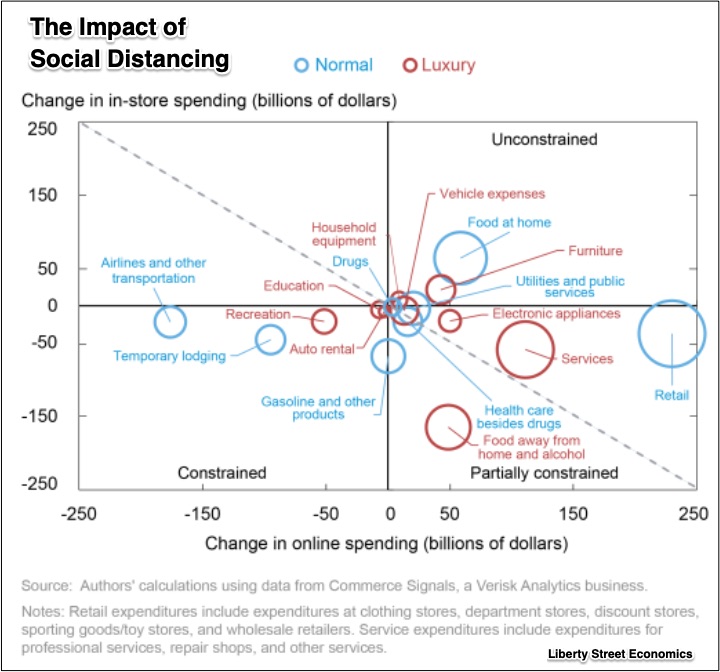 Putting it all together, we can see that higher income households had the biggest impact on socially distanced spending cuts: 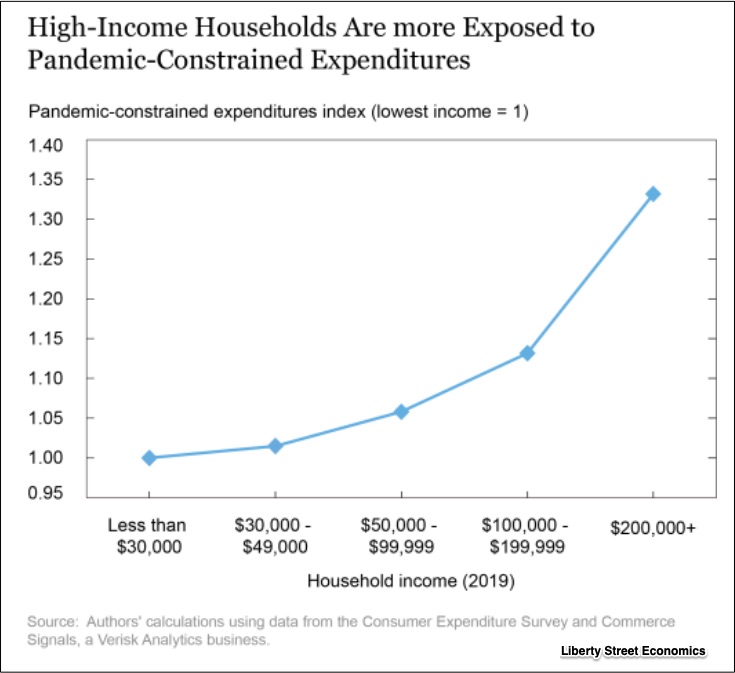 As economists, we might say that it all adds up to your income elasticity. Defined simply, elasticity just refers to how much spending changes in response to a certain event. With their income targeting necessities, low income household spending is inelastic. As a result, they rebounded sooner.

However, for a post pandemic recovery, we could indeed be depending on the spending elasticity of higher income households.

My sources and more: Research from Liberty Street Economics has always come in handy. Now, their two articles, here and here, took me to new consumer spending territory. I recommend a look.

Why Our Chicken Wings Are Flying Off the Shelves