What We Don’t See in a Movie Theater

Our story starts at the Bernardsville Cinema (or an old theater near you): 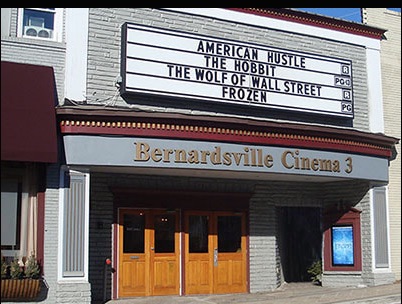 It will end with a megaplex.

In between, lots happened.

The Bernardsville Cinema is a previously grand, somewhat charming movie theater that is located near my home. It opened in 1921 with 400 seats. Within two decades, moviegoers went weekly to the local cinema. Because air conditioning was invented we could go during the summer (and watch a summer blockbuster like Jaws).

The real blockbuster moment though came in 1995 with the AMC Grand 24. American Multi-Cinema was created by a Kansas City small theater chain owner, Stan Durwood, who knew he needed to perk up his decaying theaters. The key moment came when he returned from Belgium. Having seen a 25 screen complex, he formed a group to finance 30 similar megaplexes around the U.S. When my local multiplex opened in nearby Morristown, business at the Bernardsville Cinema plunged (even though they had become a three theater complex with seating for 152, 62, and 52).

The AMC Grand 24 was the first multiplex with so many different films, elaborate snacks, drinks, an arcade. On the demand side, it attracted a slew of new moviegoers. During the first year, three million people showed up when they expected 800,000. It also had stadium seats. In Bernardsville and everywhere else, if you sat behind a tall person, a large person, someone with a hat, you could not see the screen. Once theaters were built with seats on increasingly higher levels, like at a ball park, everyone could see: 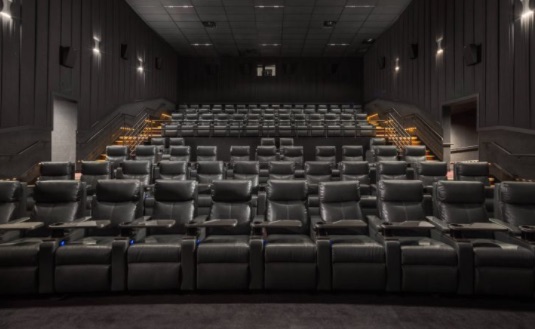 Meanwhile, on the supply side, movie making multiplied. Unleashing the potential for huge creativity, more screens meant all films need not be blockbusters. More recently (sadly), it’s the blockbusters that are occupying several screens.

From air conditioning to multiple screens to stadium seats and still more, the movie theater has seen a slew of innovations. Constantly reinventing itself, the theater responded to the ups and downs of the market. Each time its popularity declined, the market evolved a creative answer.

We might not have been aware of movie theater innovation.

But it has been there.

My sources and more: Always interesting, this 99% Invisible podcast told the story of the multiplex. Meanwhile, for the local facts, I looked at a New Jersey cinema site.

What We Can Learn From a Ketchup Packet