When Does Money Make Us Feel Good?

In 1974, a University of Pennsylvania economist concluded that there was a happiness plateau. Yes, we feel increasingly good as our income grows. But not beyond $75,000. Called the Easterlin Paradox, even if your earnings continue upward, they don’t bring happiness along for the journey.

Now another Penn happiness expert has taken a look. His data tell a different story.

Matthew Killingsworth gathered information that was inaccessible 50 years ago. Through a phone app, he collected 1,725,994 data points from 33,391 employed adults. Essentially, he wanted on-the-spot feelings about experiential and evaluative well-being that he then related to income. For the experiential half, respondents reported how they felt at that moment. Meanwhile evaluative assessments of life were more cumulative. Researchers were asking two big questions. “How do you feel right now?” and “Overall, how satisfied are you with your life?”

When the app pinged, people with positive feelings chose among five words (the top five below). The negatives included a 7-word menu (the bottom seven below).

These were the responses: 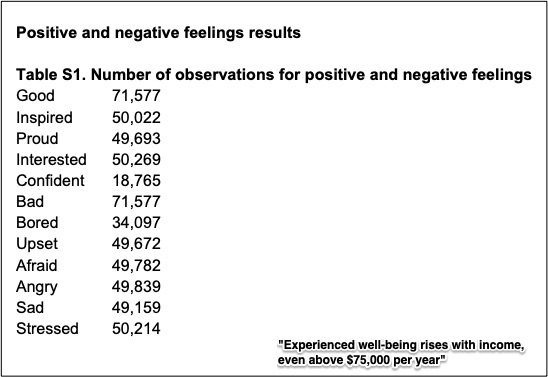 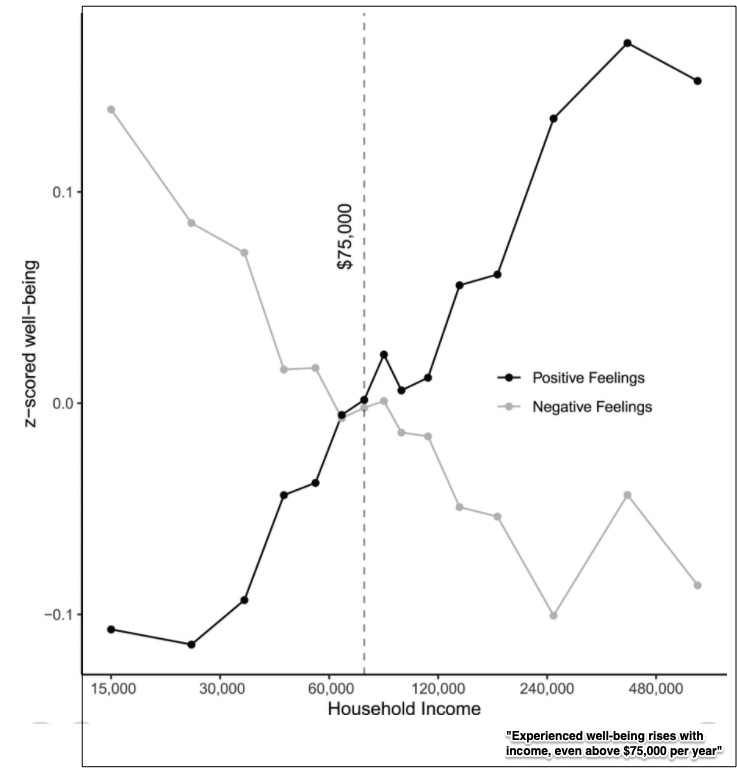 You can see that both experiential and evaluative well-being climb with income, even beyond $75,000: 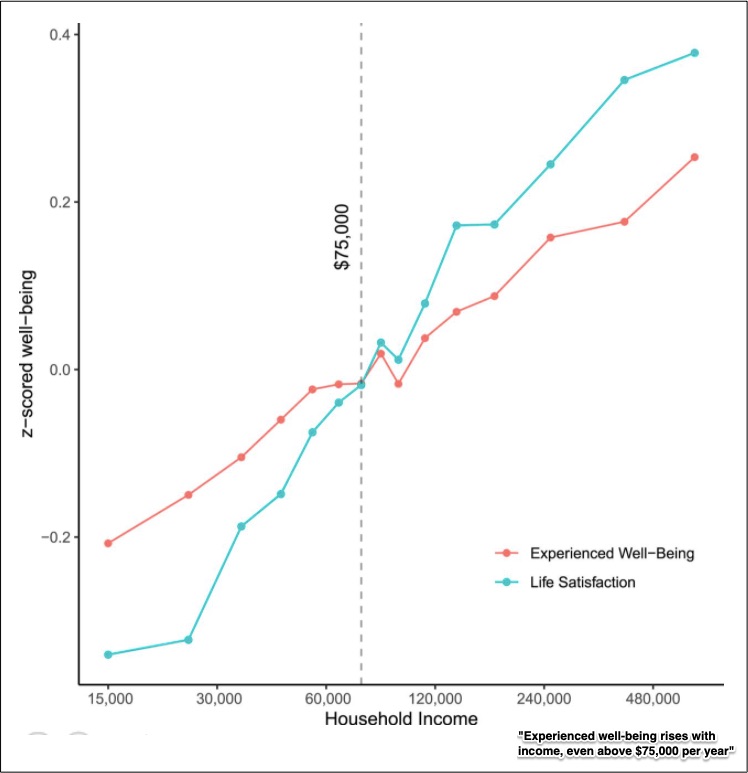 Our Bottom Line: At the Margin

Economists like to say that they are always observing the margins in our lives. As the (imaginary) line where we do more or less of something, the margin determines our decisions. When we decide to study for an extra hour or hire another employee, we are at the margin.

In the recent Penn study, participants expressed how they felt through a continuous scale of responses that ranged from very good to very bad. When asked how satisfied they were with life, the answers were between “Not at all” and “Extremely.”

Everywhere in the study and indeed, in life, we are at the well-being margin. According to this Penn research, how we feel at that margin can depend on our extra (marginal) income.

My sources and more: Thanks to Marginal Revolution for the well-being and income link. From there, this summary from Penn’s PR people was helpful. However, the paper had the details as did the track your happiness website. Our featured image is from the Penn PR article. Please note also that while the 1974 Easterlin paradox is the benchmark study, it refers to happiness while recent scholars tend toward well-being.

Our Weekly Economic News Roundup: From Bitcoin to a Big Mac

Why College Tuitions Are Up and Other Prices Are Down