Who Will Do the Spending?

A new IMF report presented these dismal growth figures. The 2019 column notes actual growth rates while 2020 and 2021 are projections for the decline and recovery: 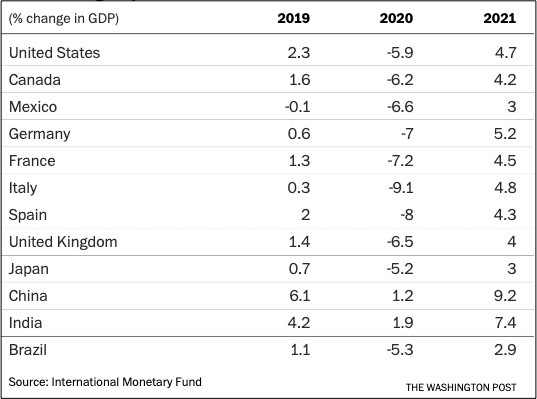 Citing the global downturn, Washington Post Columnist Robert Samuels asked how a recovery could be sustained. He wondered who would do the spending.

Let’s take a look at what the consumer is doing.

In its Survey of Consumer Expectations, the NY Fed follows the same 1300 household heads. One goal is to see how consumer spending and consumer expectations have changed.

When we compare April 2- April 30 data to last year, less is the word that sums it all up. At 1.0 percent, the median numbers show a smaller increase in spending than for 2019 when it was 2.5 percent. However, as the median, we have 25 percent of the respondents reporting a decline in monthly spending while another quarter said they were spending at least 4.9 percent more.

The proportion of respondents that had been making large purchases had been averaging 61.7 percent since April 2015. Now it is down to 50.7 percent during the past four months.

But do look below. You can see that the proportion of the 1300 (or so) respondents making any large purchase is down from 59.8 percent to 50.7 percent. Generally, the drop was larger for higher income households. Then, as you would expect, vacation and car sales have plunged the most:

Moving from past purchases to future expectations, we see an outlook that is depressed. While we expect to increase spending on essentials by close to 3 percent, our non-essential purchasing plans reflect zero growth: 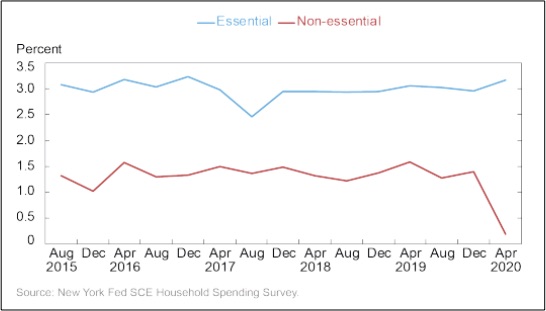 Finally, the NY Fed survey displays that, for the near future, our pent-up demand for large purchases has evaporated. The average probability of buying a car or a house is low: 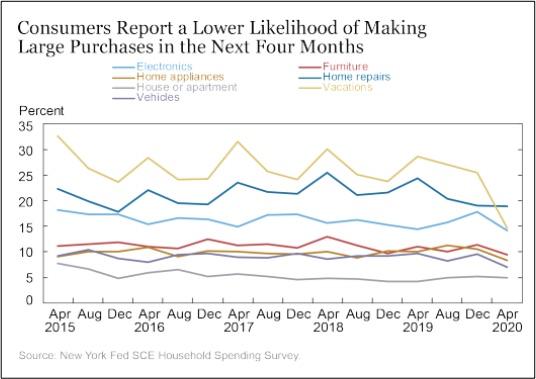 As an estimated 70 percent of GDP, consumption expenditures had been fueling the steady growth of the U.S. economy. Now we can say that the tank is somewhat empty. Returning to where we began, we can ask who will be doing the spending. Not the consumer nor the investment component of GDP, it will probably be government.

My sources and more: The NY Fed’s Liberty Street Economics has a Household Spending Survey that is always interesting. It ideally complemented the Robert Samuels Washington Post column and this IMF report.