The Mystery of the Missing Offshored Jobs

Tulsa Remote says it was swamped with applicants. Launched in November 2018, the Program offers $10,000, a $1,000 housing stipend, and free communal office space to the chosen few. To apply you just need to have a job you can do remotely and to commit to at least a year in Tulsa, Oklahoma.

A non-profit is funding the effort to attract talent to the city: 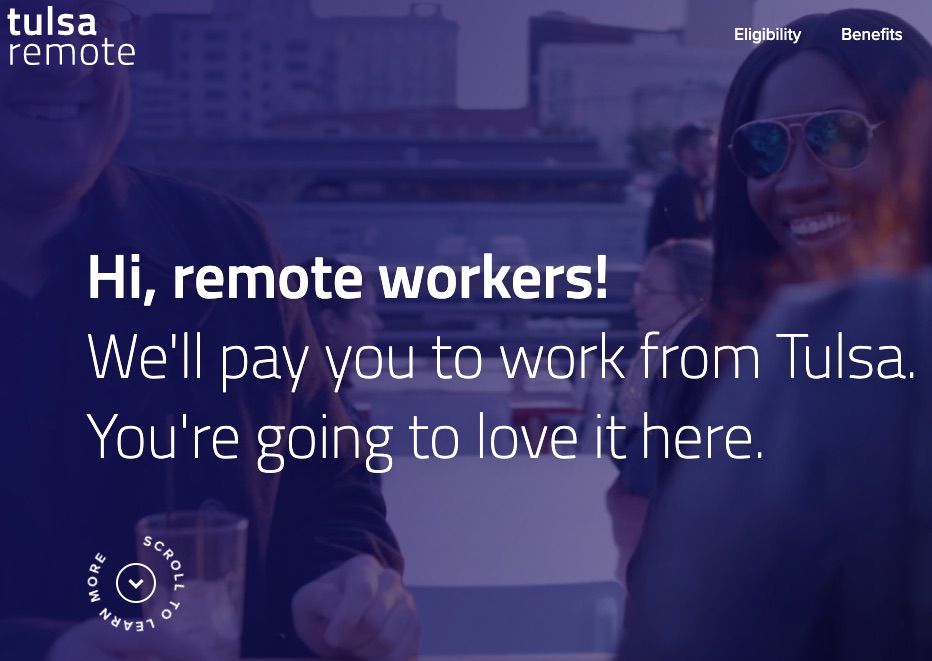 Working remotely, a group in the U.S. labor force proved that jobs didn’t have to leave  the U.S.

Fifteen years ago, the U.S. manufacturing jobs that relocated to a foreign country were thought to be only the beginning. A leading economist identified a new group of jobs that could also depart. His study focused on the jobs that were outsourced to others or remained within a firm when they moved beyond our borders.

In his 2007 paper (with 2004 statistics), Princeton Professor Alan Blinder said somewhere between 22% and 39% of all U.S. jobs could leave the country to “mostly poorer” nations in a decade or two. Emphasizing they would not “actually be offshored,” he named potentially vulnerable occupations. These were their characteristics: 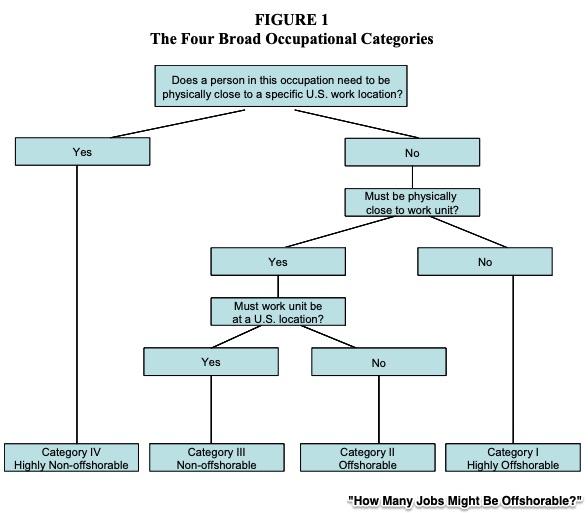 From there, he considered hundreds of job requisites that ranged from work tasks to values like independence and relationships. He looked at abilities that included stamina, oral expression, and persistence. Then, he ranked the “offshorability” of 291 occupations.

Below I’ve copied the names of Dr. Blinder’s Top 20 and his Bottom 20: 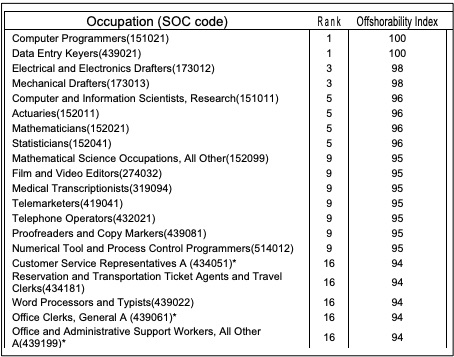 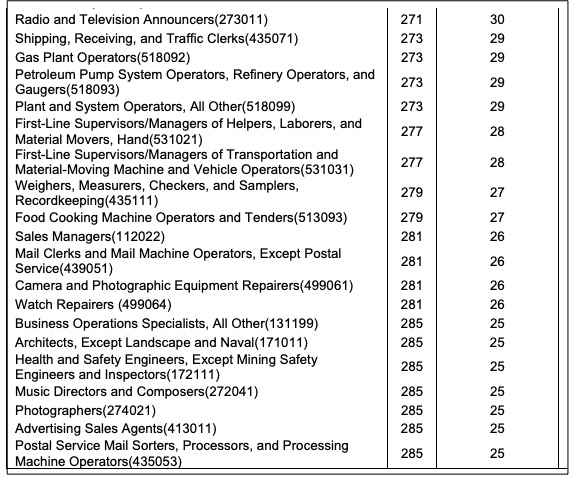 It did not quite work out as Dr. Blinder expected.

Perhaps unknowingly, Dr. Blinder did indeed select the jobs that could leave the office. When they left though, they remained in the U.S. Because they could be performed remotely, the jobs relocated to regions where the cost of living was lower. It is also possible that language barriers and time differences prevented a global move.

You can see it’s the younger workers that are more comfortable with working remotely: 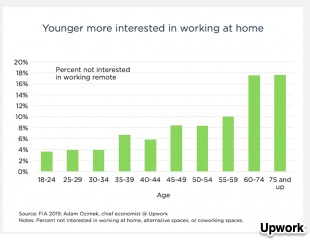 So, we could be looking at Tulsa Remote or at a worker in this NY Times article who moved to South Dakota. The message is that remote work is on the upswing. But it is not necessarily in a less affluent nation. A growing number of people in the U.S. labor force work remotely.

Our Bottom Line: The Labor Force

To be counted as a part of the 164 million people in the U.S. civilian labor force, you need three characteristics:

Returning to today’s title, to find the missing offshore jobs, we just need to look in the U.S. labor force.

My sources and more: Yesterday’s NY Times alerted me to the Blinder paper and the Upwork update. Then, completing the picture, City Lab looked at the cities attracting remote workers.

The Unexpected Side of Library Late Fees