When Netflix Became the Designated Survivor

As I look forward to the single Netflix episode of Designated Survivor that I watch each evening, I look back to when Netflix used to send me DVDs.

We could also call Netflix a designated survivor.

In 1997, when Netflix began, I was a Blockbuster customer. Sort of like a library that you paid for, Blockbuster “rented” videos to customers for several days. But because the Blockbuster late fee was so painful, Netflix became increasingly attractive. For a monthly $10.00 subscriber’s fee, you just needed to mail back (yes mail) your DVD to get a new one and you also had somewhat limited online streaming. There was no such thing as a late return.

Blockbuster and Netflix were very different. While Blockbuster’s commitment to its stores resulted in a 2010 bankruptcy, Netflix became its own disruptor. Expecting the demise of the DVD, in 2011, the Netflix CEO separated it from the company’s streaming service, raised the price, and lost many customers. In addition to the consumer exodus, traditional media companies were making it harder for Netflix to get content. We could say that Netflix was resisting the push to maintain the status quo. 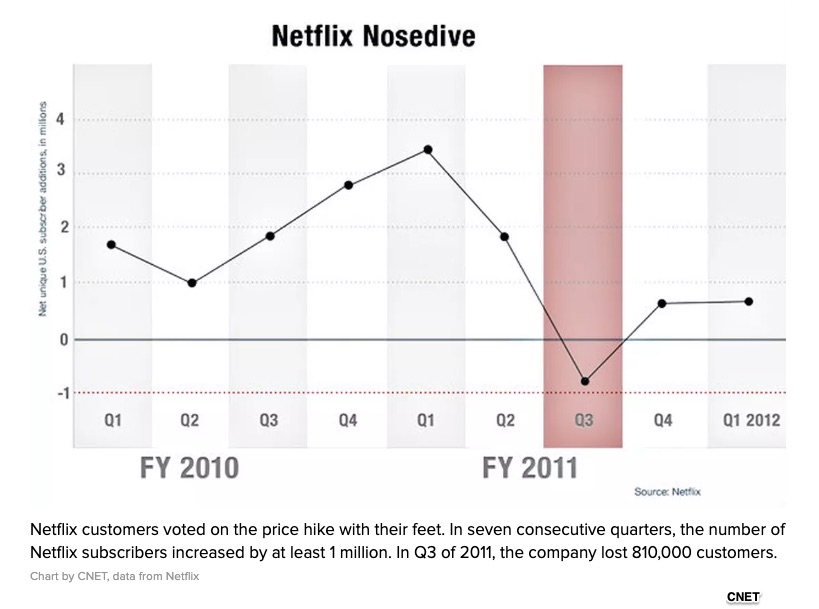 Below you can see what was a familiar Blockbuster logo on one its 9,000 or so stores: 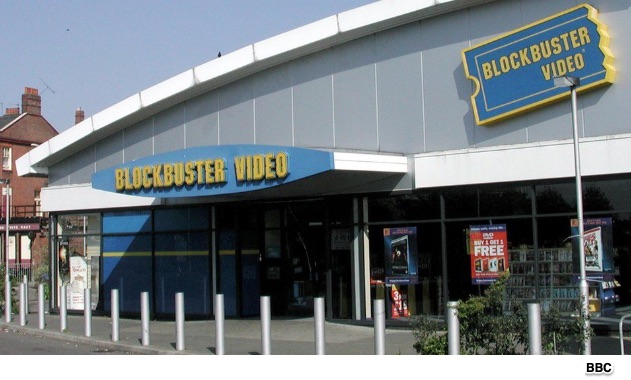 Netflix was the source of creative disruption.

First explained by economist Joseph Schumpeter, creative destruction is about the new replacing the old. It is the painful process through which existing industries, their technology, and their labor force become extinct. But the happy side is what takes their place. As the fuel that propels the market system, creative destruction ignites economic growth. We got Model T Fords instead of buggies, computers made typewriters obsolete, and we have Netflix.

Below, economist Mark Perry shows us what Netflix did to the videotape industry: 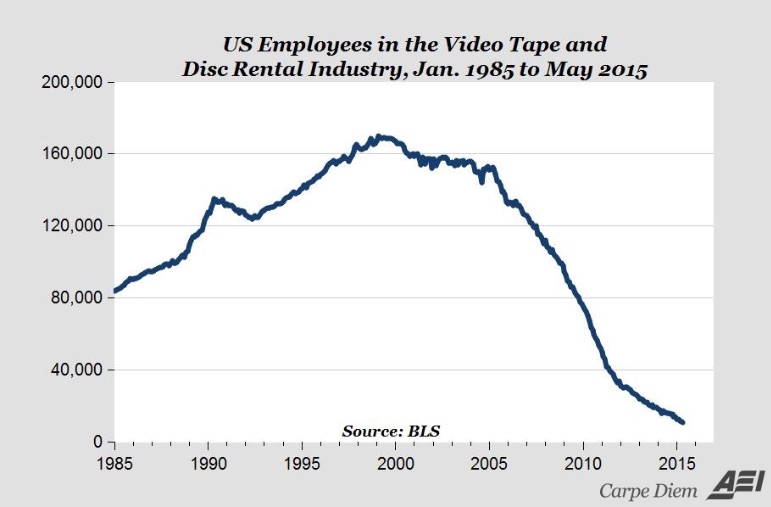 However, as you know, video tapes were only the beginning.

My sources and more: There are so many Netflix stories. I got some good ones at CNET, here and here, and from DMR. But most of all I thank AEI economist Mark Perry for alerting me to the term Netflix effect and for his data.

Our Weekly Economic News Roundup: From Fast & Furious to Netflix