U.S. Steel and Apple: From One Billion to One Trillion 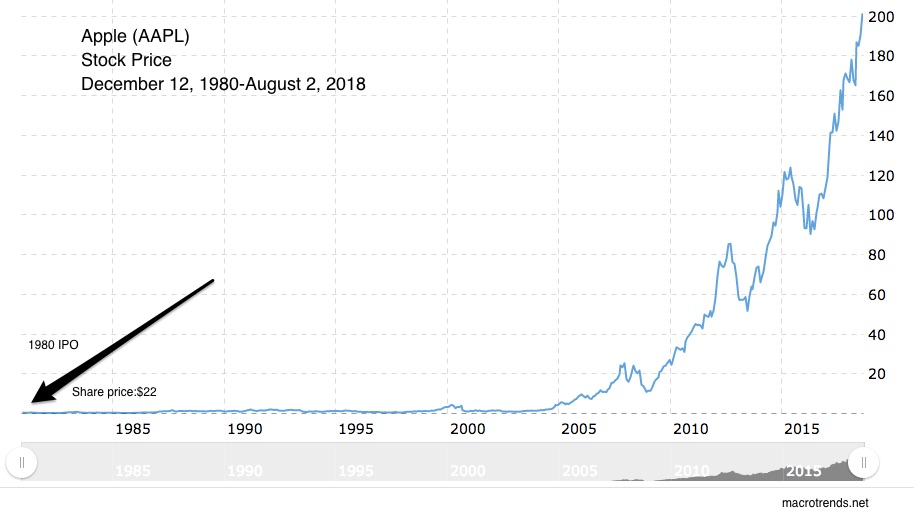 Since 2000, this is how its market capitalization grew: 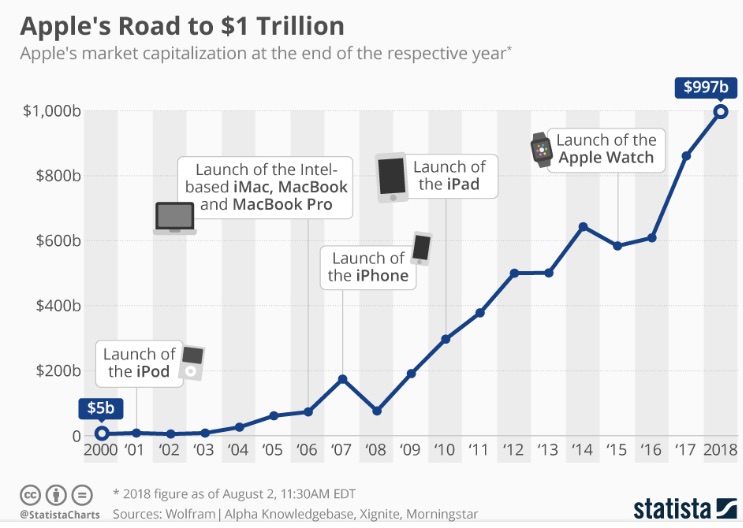 With Apple having reached the trillion dollar mark, I thought we might look back at a similar milestone. In 1901, U.S. Steel became the first billion dollar corporation. The story is very different from Apple’s.

At the beginning of the 20th century, industrial corporations began to dominate Wall Street. Led by J. P. Morgan & Co., investment bankers combined smaller businesses, formed larger ones, and sold the new securities to the public.

The process started with businesses selling their shares to an investment banking syndicate. The bankers then combined those firms, formed a new enterprise, and sold it to Wall Street investors. Predictably, the value of the shares of the new corporation totaled far more than what the investment bankers had spent on its constituent companies.

Instead, he escalated the conflict. He constructed a massive new rod mill and enlarged his fleet of ore-carrying vessels. He planned to enter the railroad business when his freight rates rose.

How We Got U.S. Steel

The “steel war” ended when negotiations began on December 12, 1900. During a grand dinner honoring him, Carnegie Steel President Charlie Schwab agreed to talks with J.P. Morgan. Culminating in a $492 million offer, the deal included $300 million in stocks and bonds for Carnegie.

But that was only the beginning.

Morgan then added other steel-related enterprises and wound up with a corporation valued at $682 million. The first billion dollar corporation? We get it when he creates $1,321 billion in securities to sell the new firm.

Meanwhile, back on Wall Street, a battalion of stockbrokers was needed to market the gargantuan new issue. Offered at 38, the price of the stock quickly rose to 55. The syndicate–the group of bankers– that underwrote the offering made $57.5 million. The house of Morgan received $11.5 million of the total.

The creation of U.S. Steel marked the beginning of really big business.

As a market economy begins to mature, businesses have a greater need to secure funds beyond their profits. Correspondingly more and more people have some extra money which they save. Called financial intermediaries, banks, investment banks, and other bank-like institutions pair the savers with the business firms who needed extra money to expand. Led by J.P. Morgan, by 1900 they had formed a financial infrastructure – a network of financial arteries – with nationwide influence.

My sources and more: You might enjoy this great video (but not on YouTube) from WSJ on Apple stock history. And then, I hope you will take a look at Part 1 of a revised Econ 101 1/2.

Why We Suffer From FOMO