The Messages That Satellite Images Send

The weather at lēf farms has been described as summery… always. Whether it’s July or January, the temperature is close to 75 degrees, the breeze gently blows, and the air feels moist.

As an indoor state-of-the-art glass greenhouse in New Hampshire, the farm minimally pollutes while year round, the neighbors enjoy local produce. They have just one complaint.

You can see below that the lēf farms greenhouses are rather bright. Area residents say they give off an eerie orange color that obscures the beauty of a dark sky:

The firm’s CEO explains that 80% of the farm’s light requirements come from the sun. However, the other 20% comes from artificial lighting.

Those artificial lights are our focus today.

Lights can tell a story. In a project called Lights On/Lights Out, using satellite images, scientists have compared levels of illumination between 2012 and 2016.

Below, they hypothesize why some regions became more or less lit during those four years. Please think blue for more light and pink for less: 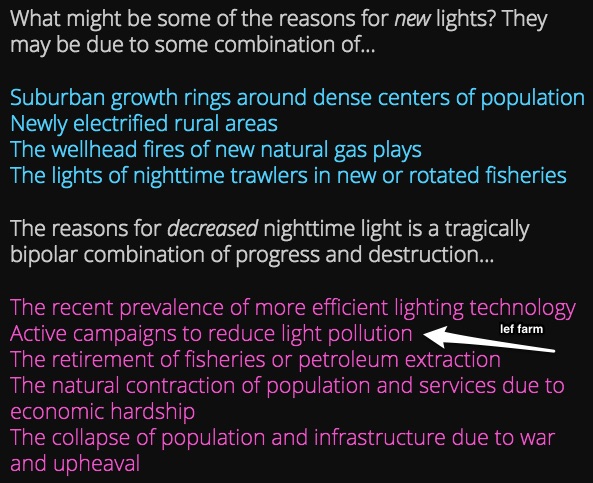 So, when you look at the following images, think blue for lights going on during those four years and pink for less of them: 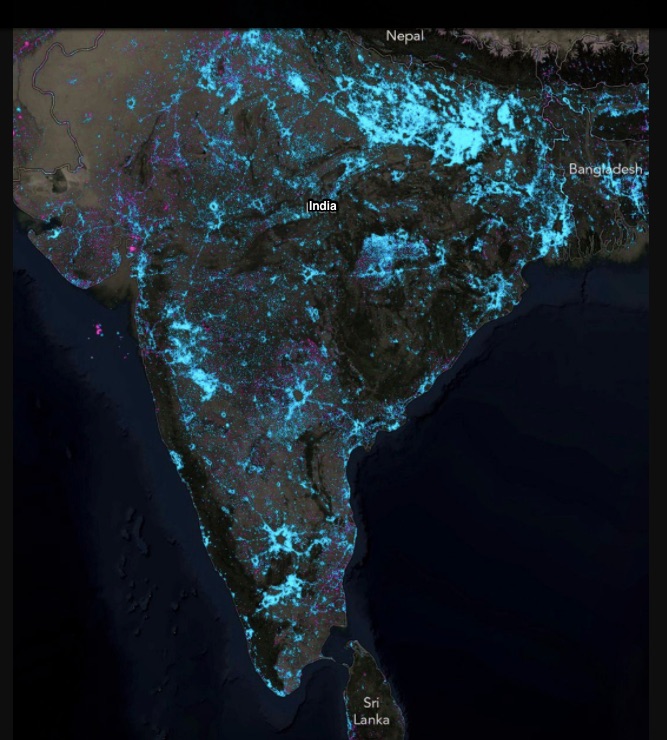 We can guess that Venezuela”s economic crises have darkened the country: 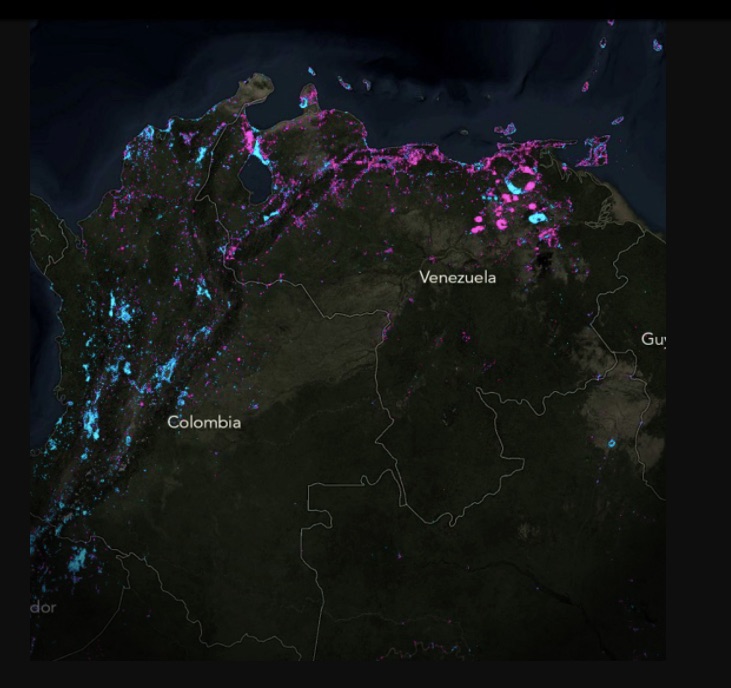 Europe appears to have darkened at night: 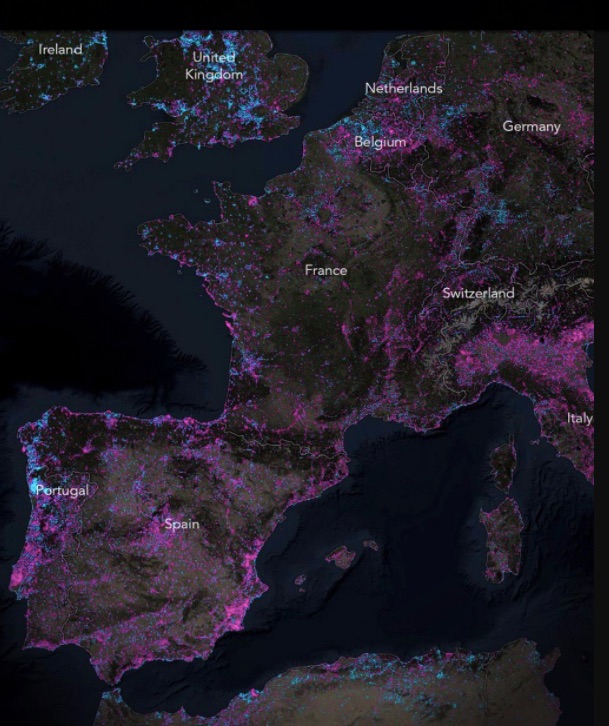 Nighttime satellite images can be barometers of economic activity. They can reflect a more vibrant GDP that is fueled by the ability to create artificial light.

So yes, we can say these pictures are…illuminating. But returning to lēf farms, night lights don’t necessarily tell the whole story.

My sources and more: Thanks to New Hampshire Public Radio for its Outside/In podcast where I learned about lēf farms. And always, I appreciate marginal revolution where I found the link to “Lights On/Lights Out.” Finally, as did I, you might want to peek at the lēf farms website.

A Tale of Wine and Weather

There's No Such Thing As A Free Reward