How to Really Grasp the GDP

Because the GDP is such a huge number (close to 19,000 billion current dollars), it’s tough to imagine what it represents.

The U.S. gross domestic product is so large that individual states have almost the same GDP as some large countries. In a U.S. map created by the American Enterprise Institute (AEI), you can see the countries and states that have similar GDP totals: 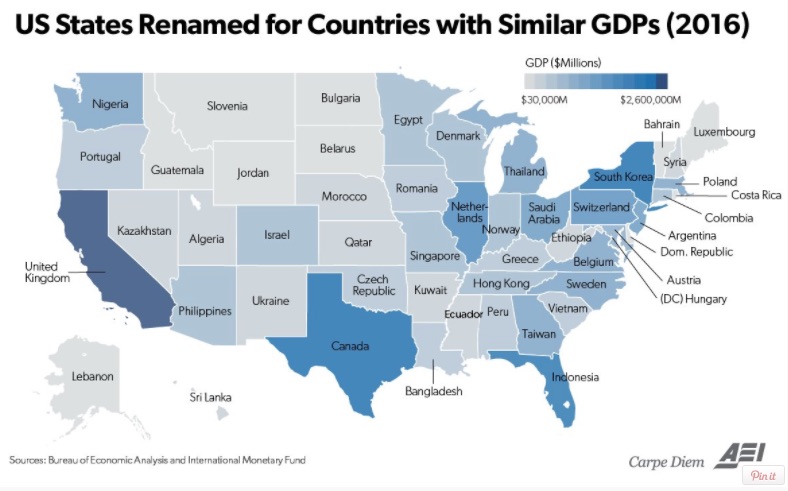 At #5, the United Kingdom’s GDP is pretty much equal to California’s and Canada’s GDP is close to the Texas numbers. Meanwhile the value of Indonesia’s yearly production is comparable to Florida’s and for Switzerland, there is Pennsylvania. 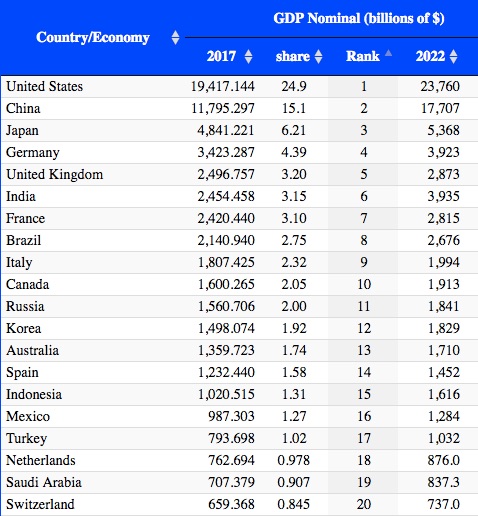 The message? What just one of the 50 U.S. states produces is the same as the world’s leading economies.

When Simon Kuznets created the GDP concept, he wanted countable criteria. As a result, we wound up measuring consumption expenditures, government spending, business investment and exports minus imports. Fundamentally, we were just combining the value of the goods and services we produced.

An alternative from the World Economic Forum has components that range from growth and development to inequality and sustainability. They call it the Inclusive Development Index (the IDI). Their purpose is to quantify what they believe we should care about. 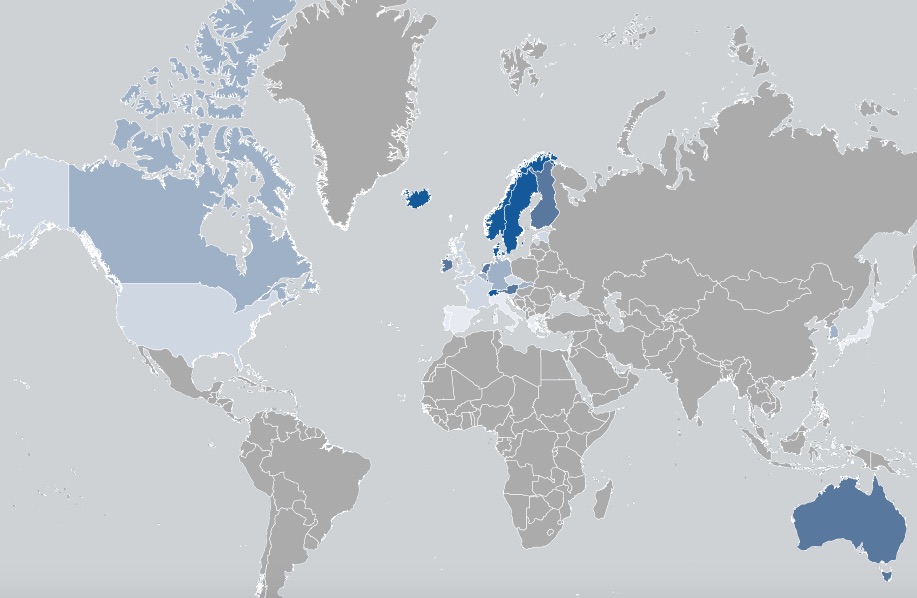 My sources and more: The AEI map and a discussion were at Marc Perry’s Carpe Diem blog. Then, for an alternative, Quartz has a pretty good overview of the IDI and Business Insider discusses their criteria. Please note that several sentences in Our Bottom Line were previously published at econlife.

The Rise and Fall of Standardized Dress Sizes in the U.S.