The Millennials Who Live With Mom

In the U.S. and beyond, a lot of young adults live with their parents.

As a result, their spending is somewhat different from the young people who departed.

Most young adults used to move out of their parents’ home. Looking back at 1960, we would see that 62% of all 18-34 year olds had a separate household with a romantic partner or a spouse. Only one in five remained with parents.

Now the numbers have shifted. You can see below that an average of 34.1% of all young adults were living with their parents in 2015: 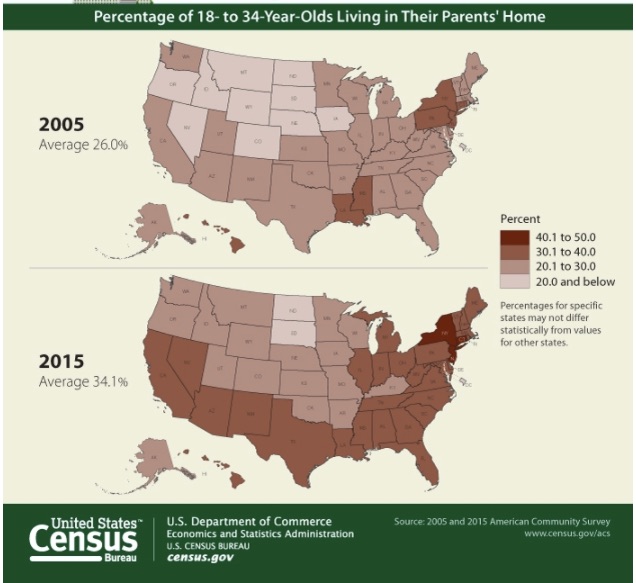 In addition to geographical differences, there is a gender divide. In 2014, we had 35% of young men staying with their moms and dads while the total for the women was 29%.

Using Eurostat numbers, Pew demonstrated that other countries also have kids remaining with parents. As you can see though, the concentration is in southern and eastern Europe: 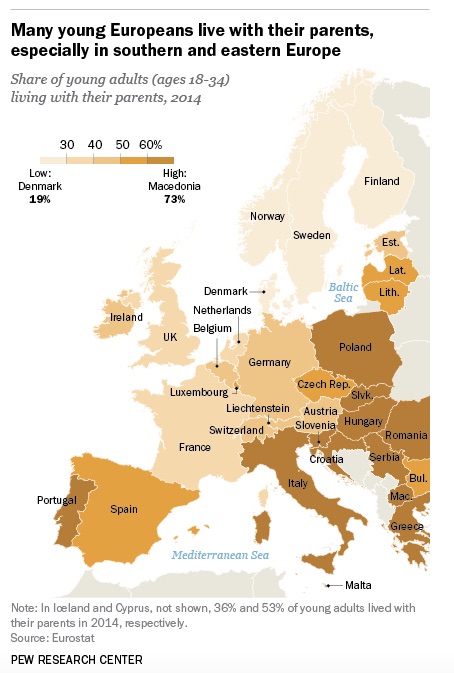 In Asia, but much less in Australia, young adults also live with parents:

Depending on the country,  millennials stay with their parents for different reasons. In the U.S., the variables range from later marriage and less education to unemployment and student loans. However, what they all have in common is the impact on spending.

One study in India perhaps said it all:

In the U.S. millennials spend the most on motorcycles and the largest proportion of their budget on eating out. Even those who did create their own households tend to rent rather than buy a home.

I do wonder if millennials are constraining economic growth.

My sources and more: For U.S millennials and for Europe, Pew has many of the facts as do WEF and Quartz. To go in an academic direction, you might enjoy this paper from the NY Fed and their blog post on homeownership. But also you could just look at “Spending Habits By Generation.”

A Happy (and sad) Razor and Blade Story