The North/South EU Divide For Beer and Wine Consumption

Curious about alcohol consumption in Europe, a Quartz journalist used tweets as her yardstick. Her data was based on two million tweets that were written in English. Because the tweets had location tags, she was able to map consumption patterns for beer and wine.

The biggest divide appears to be between Germany and France:

And when we look exclusively at men, it becomes even clearer that the French are the wine enthusiasts while the Germans and British prefer their beer:

So yes, even with alcohol, we can somewhat see the EU’s geographic divergence.

The Eurostat unemployment numbers convey the huge divide. You can see that German unemployment is near 4% while Greece and parts of Spain and Italy take us to 20%. Yes, the map is almost two years old but the numbers remain similar. 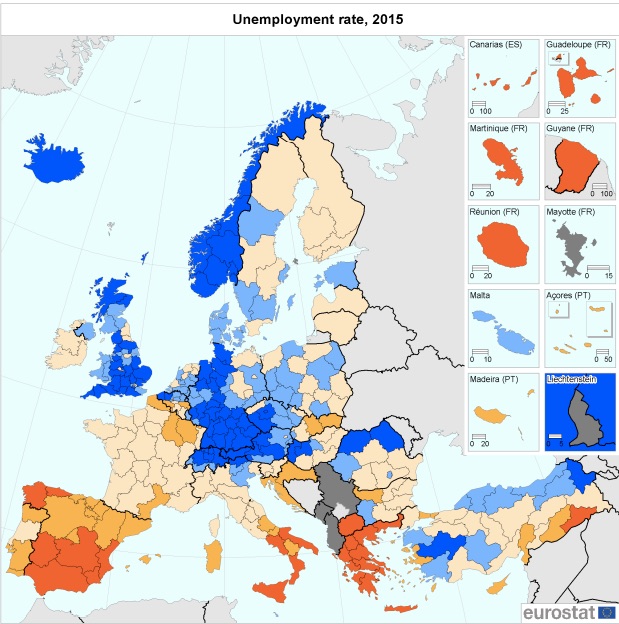 Economists like to compare sovereign debt and GDP. To see why just think of a $5 million mortgage. Someone with a net worth of $100 million would find it manageable but not an individual with $1 million.

Similarly, countries with higher GDPs can handle more debt. But still, when the ratio climbs near 100, it can be worrisome.

Where are we? Thinking about Greek/German bailout tension, I wonder whether they also have different alcohol preferences.

My sources and more: Always interesting, Quartz was my source for the alcohol divide. Then, more traditionally, eurostat had the unemployment data while the Economist best represented debt.