Should Everyone Get a Basic Income?

In 1776, Tom Paine helped to start a revolution with Common Sense. Twenty-one years later he took the next step with a basic income proposal. His reasoning? Because everyone owned the earth in its natural state, we are all due its bounty.

Where are we going? To current opinion of the guaranteed basic income.

Perhaps the one economic idea that appeals to the left and the right, a guaranteed basic income helps the poor and decreases government intervention. But still, voters in Switzerland rejected it.

The Swiss proposal included a monthly basic income of 2500 Swiss francs (close to $2560) for every adult and 625 francs per child. But citing cost and worries about a work disincentive, voters overwhelmingly said no on June 5th (2016).

The complexities and proliferation of U.S. assistance programs have some people suggesting that we simplify all with a basic income. Among the programs they cite are Temporary Assistance for Needy Families (TANF) and the Children’s Health Insurance Program (CHIP).

You can see below some eligibility criteria: 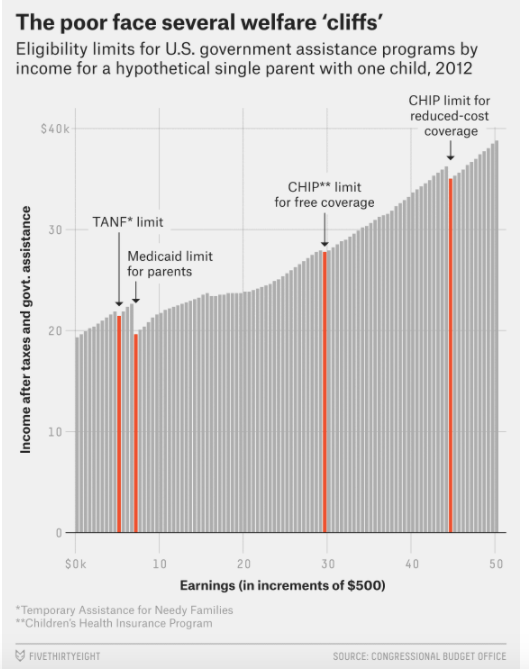 We also could add the Supplemental Nutrition Assistance Program. 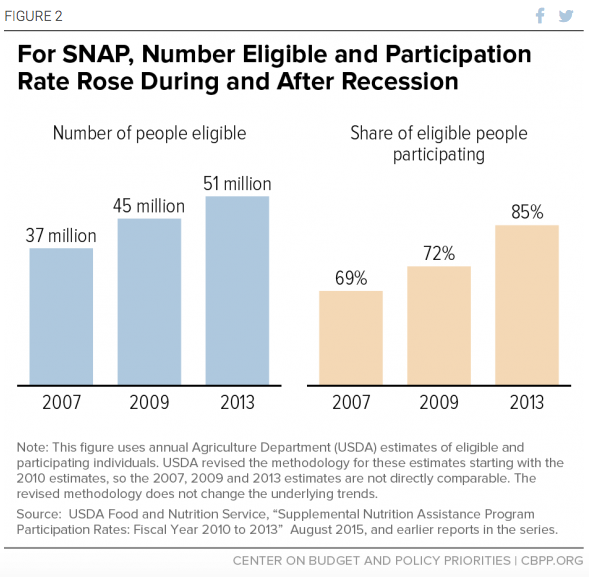 Looking through our economic lens, we can see that the guaranteed basic income is redistribution. Those who have earned more income give a part of it to government. Then, like Tom Paine advocated, government gives it to those who have less.

Though not a guaranteed basic income, we have redistribution now. But should we do it differently?

Sources and more: By far the best summary, this fivethirtyeight essay covered all you could want to know about a guaranteed basic income. Also, I recommend, more about Tom Paine, an NPR On the Media series on poverty and the academic perspective in this excellent econtalk podcast.

A Big Problem That Needs a Little Nudge