On February 3rd, President Trump gave his Treasury Secretary a 120-day deadline. Hoping to find out which legislation doesn’t comply with a list of core financial principles, the President asked for a review of existing rules and regulations,  Although not mentioned in the document, Dodd-Frank appears to have been the target.

The President’s goals were broad. His order was brief. These are its six guidelines. (I copied the list from whitehouse.gov. He skipped “f”! ):

(a) empower Americans to make independent financial decisions and informed choices in the marketplace, save for retirement, and build individual wealth;

(d) enable American companies to be competitive with foreign firms in domestic and foreign markets;

Today, I thought we could look back at Dodd-Frank to see what the President’s directive involved.

They have not quite finished.

You can see below that the rulemaking list includes banking regulations, asset backed securities, mortgage reforms and systemic risk: 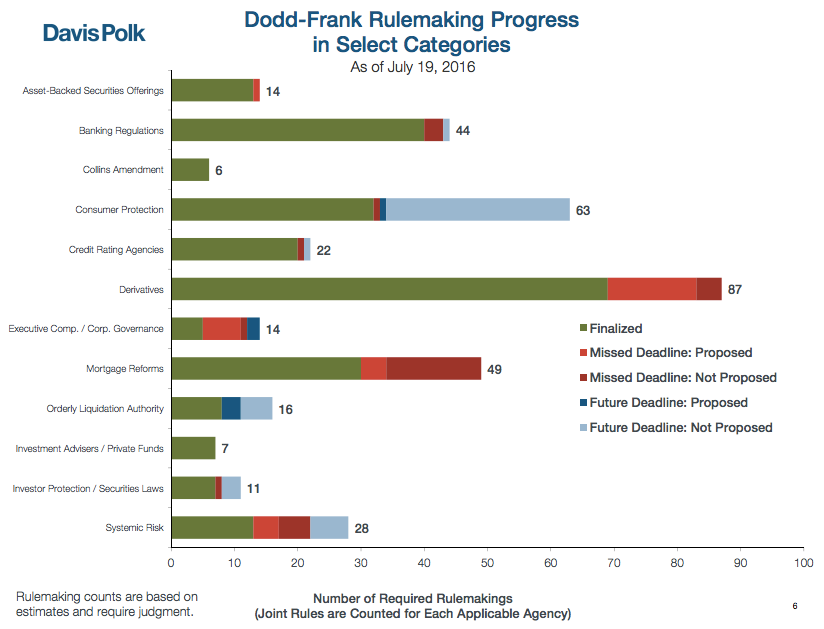 The Consumer Financial Protection Bureau is concerned with millions of individuals while the Financial Stability Oversight Council looks at our largest financial institutions. But there is much more: 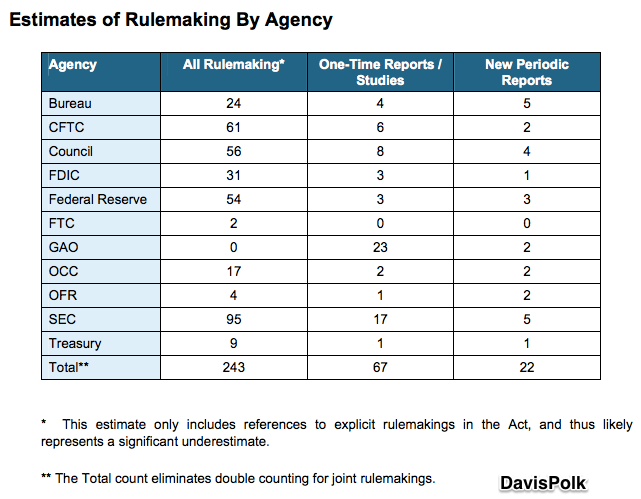 That very brief Trump directive targets a very long law. Compared with other financial legislation, it is in a class by itself:

Where are we? Those two words, Dodd-Frank, sound so simple. But we are talking about so much more.

My sources and more: As I did, you might like to see the President’s executive order and the Davis Polk report. Davis Polk also has a detailed 138 page summary of the entire act.

Should Everyone Get a Basic Income?

Why One Town Likes a Traffic Jam