The Choice Between Free Trade and Tariffs

After tariffs on Chinese car and light truck tires went up in 2009, so too did rental tire sales. Since the tariffs made tires more expensive, consumers that could no longer afford them needed a cheaper alternative. The problem though was the cheaper choice was really more expensive. Adding together all of the monthly rental payments and the interest that was due, the total was more than four tires would have cost.

The good news is that the tariff saved 1200 jobs. But, including rental tires (perhaps), each of those jobs cost consumers $926,500 a year. The Peterson Institute did the math:

Fortifying their argument for free trade, Peterson went on to estimate that the extra money spent on tires meant less spending and fewer jobs elsewhere. Consequently, as many as 2,531 retail jobs might have evaporated.

Similarly, way back in 2002, the Dallas Fed published the following data to prove “the high cost of protection.”

But a recent study has made all of this more complicated.

Where are we going? To the cost that some workers pay for freer trade with China.

The Impact of Freer Trade With China

Yes, economists agree that free trade is beneficial. However, it is more complex than we think because the cost to the low skilled worker is considerable. Because of Chinese imports, certain U.S. regions have experienced higher unemployment and lower lifetime wages and labor force participation rates. Furthermore, since worker migration to other industries has been less than the experts expected, demand for unemployment, disability and retirement benefits accelerated.

You can see below that the darkest brown areas had the largest exposure to Chinese imports: 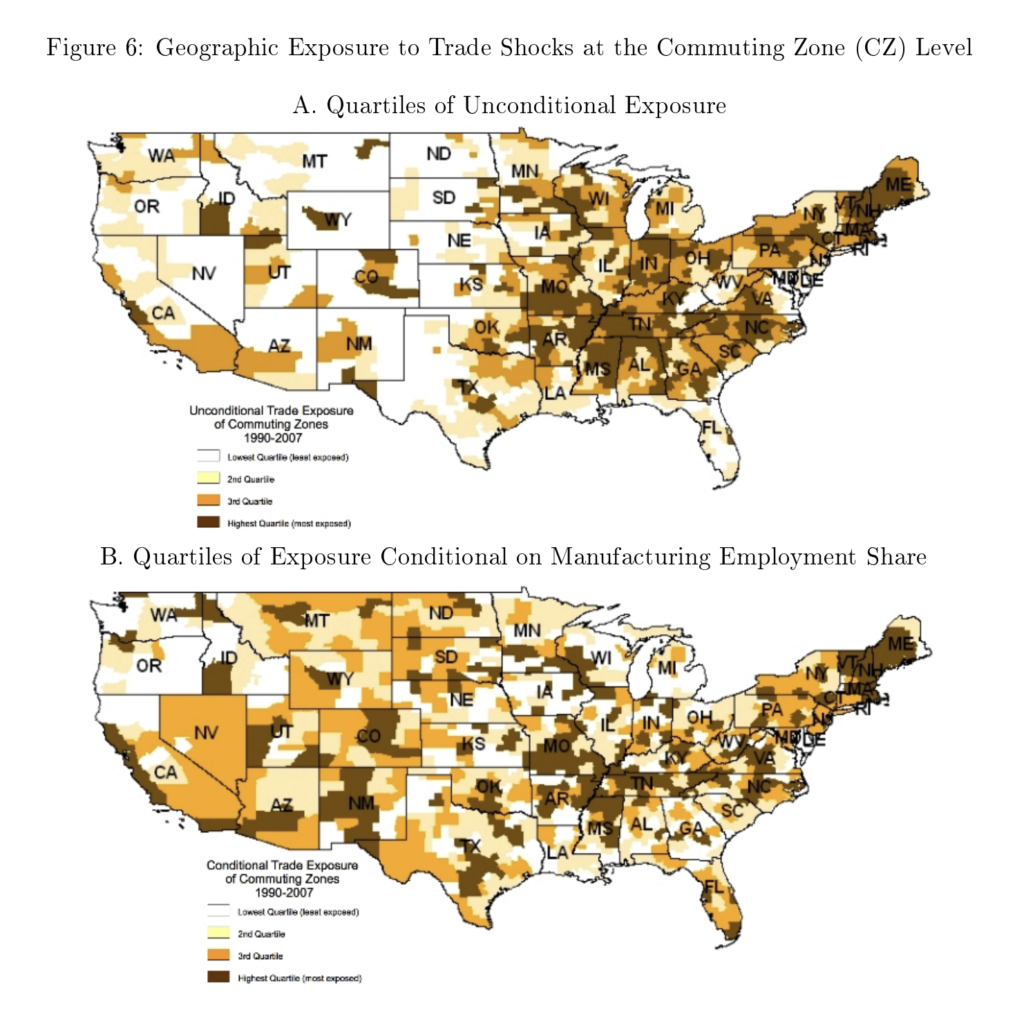 However, as many U.S. apparel and furniture workers would tell us, everyone does not necessarily benefit.

The Mystery of the Disappearing Deficit Worries