As a new nation, designing your currency would be near the top of your To Do list.

Where are we going? To how the best money looks.

What To Think About When You Design Money

Four days after declaring independence on July 9, 2011, the world’s newest nation, South Sudan, got its first bank note delivery when planeloads of cash arrived. Months earlier they had decided their denominational structure, the design of the bills, and the quantity that would enter circulation. Not yet appointed because there was no country, the Minister of Finance had to sign the bills. Although he left his office soon after independence, still, his signature remained on the bank notes. 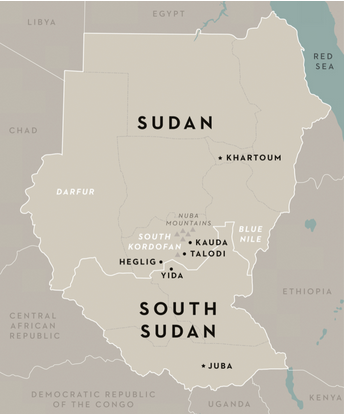 In the beginning, the South Sudanese currency had six types of pound notes: 1, 5, 10, 25, 50, 100 and smaller denominational pilaster bills. However, they so resembled the larger pound bills that none could be circulated because of the confusion. It took until now for new 10, 20 and 50 piaster coins (100 to the pound) and one and two pound coins to be released.

You can imagine the problems that no change was creating. Lacking smaller denomination coins, merchants had to round all sales up or down. A loaf of bread that was priced at SS£5.67 (USD $.95) was sold for £6 because no change existed. As one bank official explained, “If you go to Konyo-Konyo to get one onion, you will not buy it because there is no change.”

Reflecting how currency can display a national identity, the South Sudanese pound note (below) has a picture of the father of their independence.

One expert suggests that good currency design involves size, color, functionality, composition and symbolism. With Australian currency, just by feeling your bills you know how much you have because their denomination determines their size. Colorful, their 5 dollar note is sort of lavender, the 10, bluish, the 20 is orange and the 50 is green and yellow. Instead of some linen and cotton, the Australians use a plastic-like polymer that lasts 4 times longer.

Our Bottom Line: Characteristics of a Money Supply

Even when currencies are well-designed, they need three basic characteristics to function successfully as money. If South Sudan’s currency is accepted as a medium of exchange, a yardstick of value and a store of value, then we will know it is really money.

The Wright Moment for the Bicycle