Why Russians Are Rushin’ to Buy Porsches

Q. “If you could change anything about your past, what would it be?”

In Russia, Porsches are selling like hotcakes. During the past month Porsche sales climbed 55 percent. Topping that, Lexus buying is up 66 percent and Mercedes, just seven percent. Interestingly, consumers were avoiding Audis and BMWs, probably because they thought they would retain less value.

Meanwhile, less affluent Russians have been heading to Ikea where kitchen appliance and furniture sales were temporarily suspended because of the spike in demand.

Apple was one place where rubles could not be spent. Although there is no Apple Store in Russia, they do have an online site where they at first raised the price of the iPhone 6 by 25 percent. Even then, its dollar equivalent still fell $262 from $847 to $585. Now, their Russian business is summarized by this note, scrolled in different languages, at their online store: 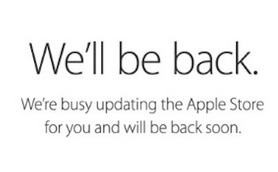 Okay, so prices are climbing, the ruble is losing value, and Russians, as Bloomberg said, are doing “weird shopping.”

What is going on?

A Reason to Shop

On Nov. 1, one million rubles were equal to $23,250. Just one month later, their equivalent in dollars had dropped to $18,500 and now they are worth less. The rational response was to shop and buy something that would retain more value than the ruble.

Below you can see how suddenly you needed so many more rubles for each dollar-related transaction: 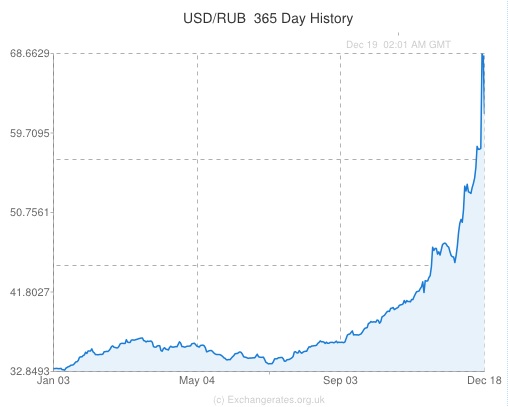 One result has been a soaring inflation rate, way beyond the U.S. two percent target: 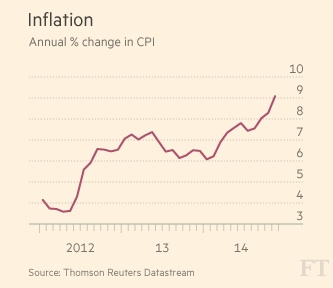 Our Bottom Line: The Characteristics of Money

Whether thinking about a rectangular piece of paper, a cow or a demand deposit, for people to believe something is money, it needs three basic characteristics:

Less scarce now as more is needed to buy consumer goods, the ruble is less acceptable as a medium of exchange and is losing value rather than storing it. Consequently, Russians would rather have a Porsche than a savings account.