Our Wednesday environment focus
Elon Musk just flipped entrepreneurial logic upside down. Rather than building a patent moat around his technology, he announced it would be available to anyone using it “in good faith.” That means Tesla’s 203 patents will be accessible to all who want to copy them. Musk even eliminated his “wall of patents” at Tesla HQ.


In his 1791 “Report on Manufactures,” Secretary of the Treasury Alexander Hamilton said patents (and tariffs) were necessary for protecting infant industries. Through a domestic monopoly for a fixed time period, the entrepreneurial “pay off” could be guaranteed. In that way, the country and the individual would benefit.
So why would Elon Musk have given his R&D to everyone?
Perhaps he wants an Electric Vehicle (EV) ecosystem. If the industry adopted his battery, his factories could be a source of supply for everyone. Furthermore, if the Tesla battery became an industry standard then so too could the Tesla charging station. With only 100 Supercharging Stations currently in the US and Europe, Tesla surely wants more. Imagine an EV ecosystem in which Toyota and BMW join with Tesla to build a charger station network similar to our gasoline station prototype. 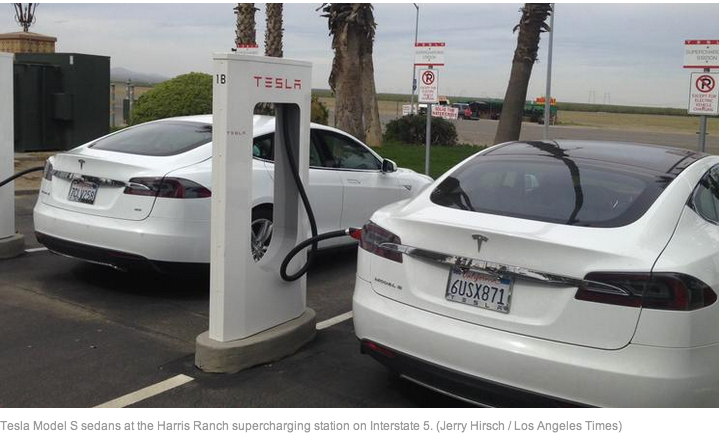 Ultimately, Tesla’s push for standardization could give the industry the power it needs to move past 1% of vehicle sales. By diminishing the incentive to develop competing green technologies like hydrogen fuel cells, the strategy could lessen fragmentation. United, the EV industry might fight the gasoline engine more successfully.

Note to Self... Entrepreneurial Activity Shapes Our World.

Do Real Entrepreneurs Have to be Rich?