The Symphony Orchestra Still Has a Glass Ceiling

In 1970, only 5% of the musicians in a symphony orchestra were women. By 1997, the proportion had risen to 25%. The reason was the blind audition. Performing behind a screen that prevented any gender identification, woman were evaluated and hired on the basis of their music. Previously, because many male music directors believed, as one famous musician said, “I just don’t believe women should be in an orchestra,” the selection process was biased.

Now, there are more women than men in the New York Philharmonic’s violin section. In 2010, 40% of the San Diego Symphony Orchestra was female. Women are indeed in orchestras but they are not leading them. 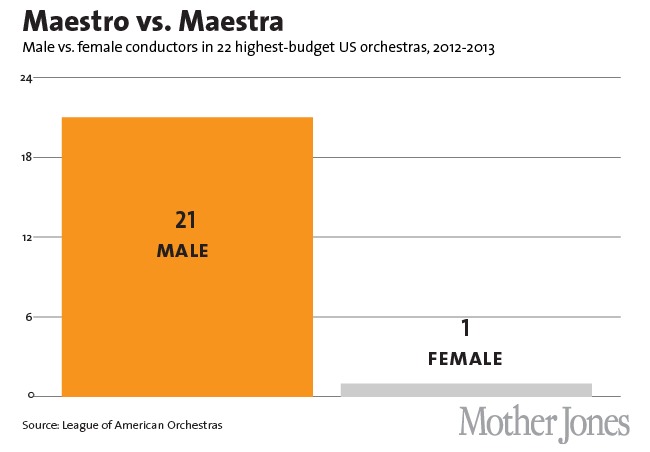 The one female conductor of a high budget orchestra is Marin Alsop, music director of the Baltimore Symphony Orchestra.

Meanwhile, among all US orchestras, still male conductors dominate: 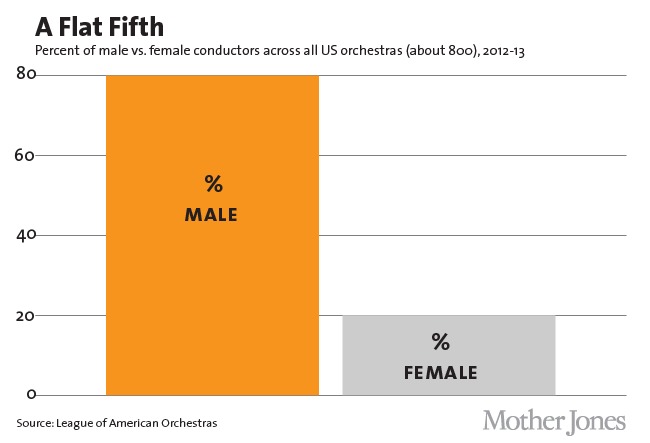 Just like the boardroom still has a glass ceiling, so too does the symphony orchestra.

Sources and resources: The blind audition story was the source of an academic paper by economists Claudia Goldin and Cecilia Rouse while Mother Jones took me to contemporary symphony facts about women. At Econlife we recently looked at the female CEO glass ceiling here.