What Will We Do Without the Leap Second?

Because our clocks are exact but the earth is not, little by little the time creeps away from where it should be. Doing nothing, eventually we would be having lunch in the moonlight. As a result, every four years, we add an extra day.

Similarly, the world needs a leap second because of the mismatch between the atomic time established by the world’s timekeepers and the time it really takes the earth to rotate. But now, they’ve decided to stop trying to reconcile the two.

But more recently, the earth has sped up. With July 19, 2020 a record setter, the earth completed a rotation in fewer than 86,400 seconds: 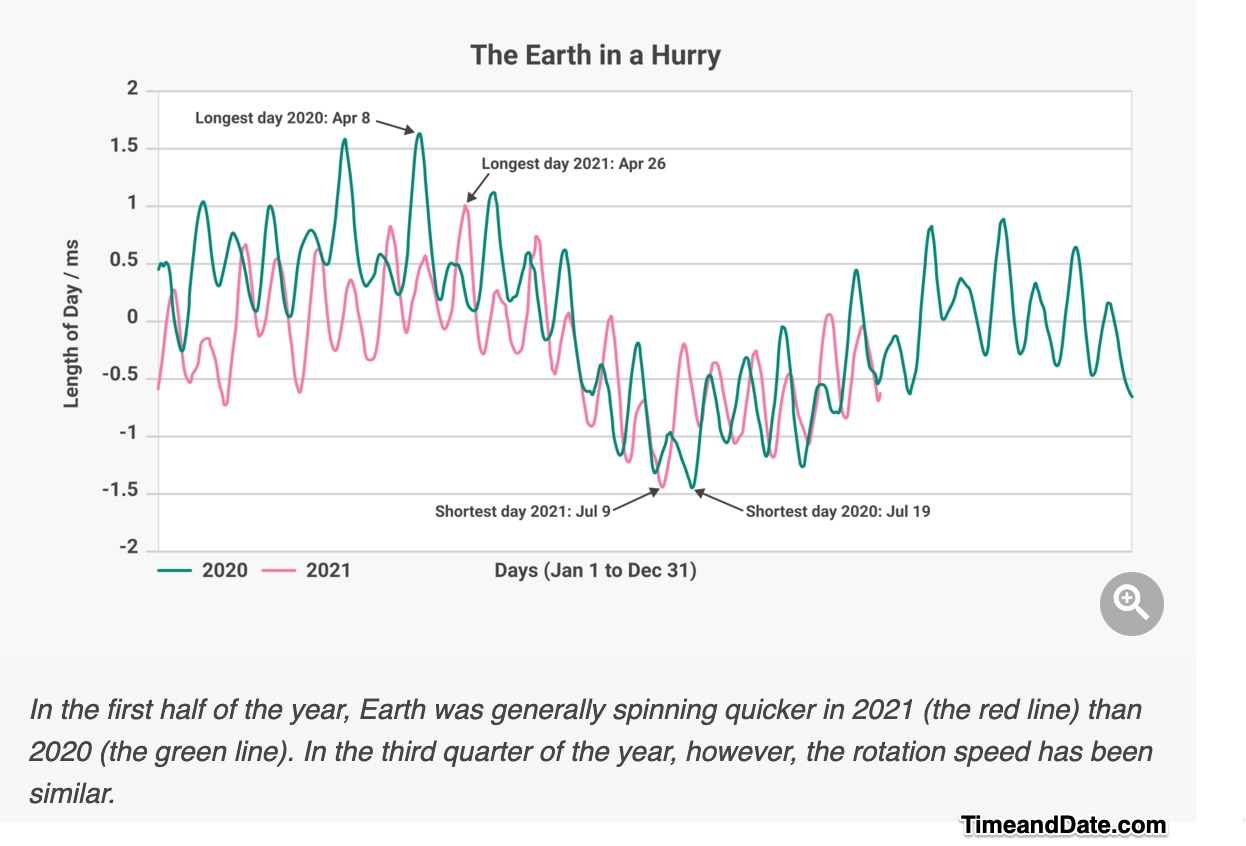 Whether looking at weights and measures or leap seconds, we are really talking about standardization.  A shared system of weights, measurement, and time enables commerce to function efficiently,

In the U.S., Thomas Jefferson was wise enough to encourage standardization in his 1790 report to Congress. Continuing the principle that the federal government is responsible for uniformity, the National Institute of Standards and Technology (NIST) was established in 1901 (as the National Bureau of Standards).

As for the time, it took the railroad to establish some uniformity. Traveling from town to town during the 1830s meant constantly changing your watch (if you had one). By the 1850s, though, local time started becoming railroad time. The invention of the telegraph enabled the same time to be communicated from place to place.

As a result, railroads gave their employees “a good watch” that had the same time. Once the stations had the time, so too would the town. To make a long story quite short, today we have the time zones that established the same time.

My sources and more: Thanks to the BBC Global News podcast for alerting me to the demise of the leap second and then to the NY Times, Wired,  and Time and Date for more detail. But if you have more time, Keeping Watch: A History of Time is the book to read. Please note that several of today’s sentences were from a previous econlife post.

Our Weekly Economic News Roundup: From Bitcoin to Beef Croquettes