While the distance from Ukraine to Nepal is 3,105 miles, the invasion’s impact brought them closer together: 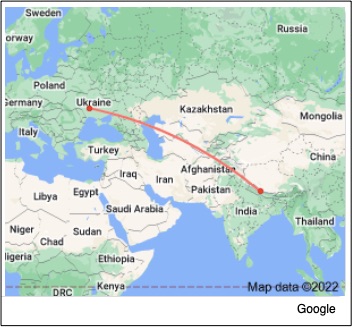 Because approximately 30 percent of Mount Everest’s climbers are from Ukraine, Russia, Poland, and their neighbors, the Russian invasion has directly impacted the mountain. Nepal tells us that this year, traffic going up the mountain is way down.

The Invasion’s Impact on Mount Everest

A typical Mount Everest expedition charges its clients between $60,000 and $100,000. Ranging from lodges and yaks to chefs and Sherpas, the climb creates a multi-million dollar revenue stream from tourism that flows to more than a million individuals. In addition, as many as 50,000 “breathless (literally) tourists” visit base camp.

A typical ascent begins with a flight to Katmandu, Nepal. Then after a second plane and a ten day hike, a climber ascends to the Everest Base Camp at 17,700 feet. To reach the peak at 29,028 feet, their acclimatization requires moving higher, lower, and then higher again until the next stage at the Advanced Camp.

Revenue From Land, Labor, and Capital

As economists, we can look at an expedition’s land, labor, and capital expenses to see the impact of fewer climbers. My pictures are from the photo gallery at Alpine Ascents.

Of course, for the land, we are looking at the mountain. To be able to use the land, climbing groups and individuals purchase government-issued permits. As of April 9, Nepal had issued 204 climbing certificates, much less than last year’s record at 408. The price of a permit could be $11,000.

Among the array of individuals that make the climb possible, the Sherpa guides top the list. According to The Economist, in a good year a Sherpa can earn $6,000 or as much as $12,000. By contrast, Nepal’s average annual income is $1070: 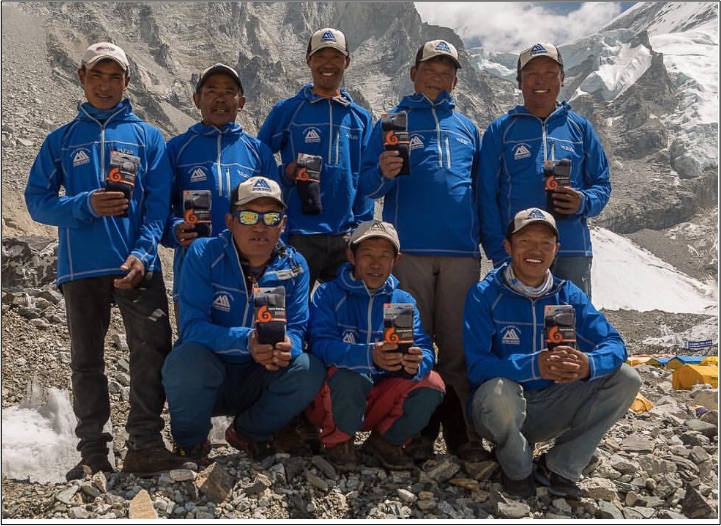 Yaks carry provisions up to the Advanced Base Camp (at 21,325 feet): 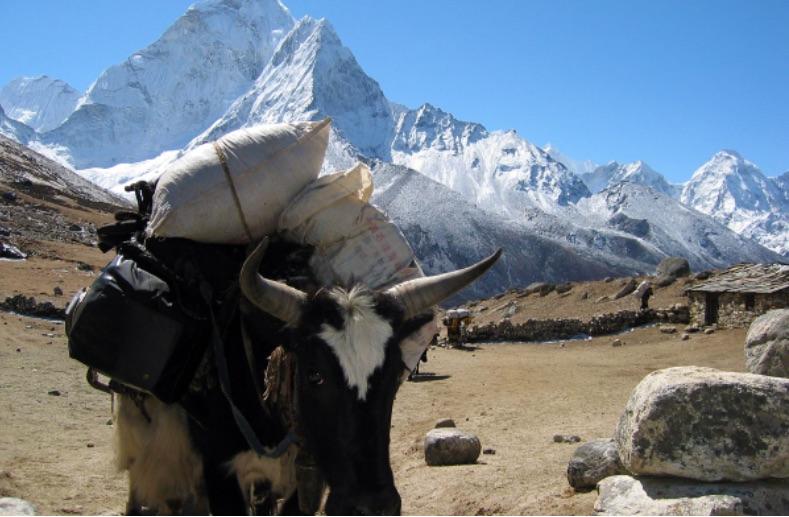 The supplemental oxygen used by most climbers could run $550 a bottle. One of my sources (not sure of accuracy) said five bottles are the average: 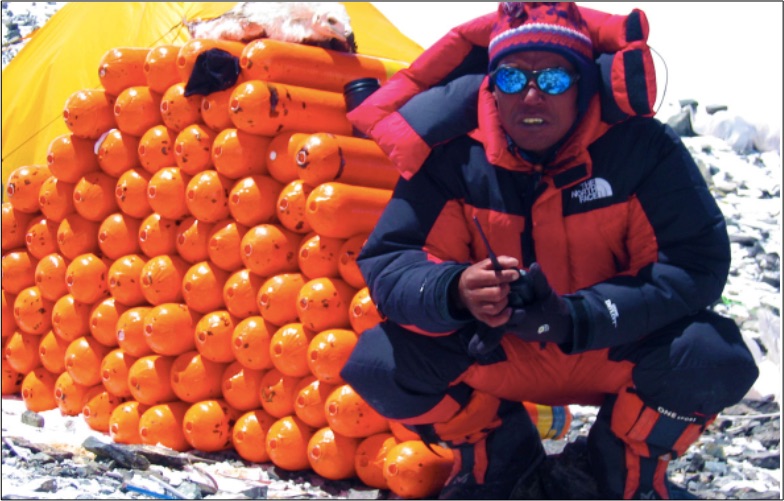 Tents would house their sleeping bags, boots, down suits, and all other gear: 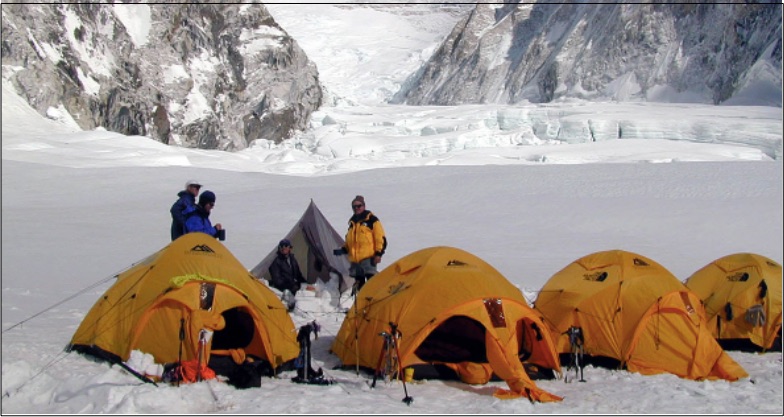 Caused by the Ukraine invasion, Mount Everest’s lost revenue started with fewer climbers. From there though we have a ripple that touches teahouses, Sherpa families, and even Trader Joe’s in the U.S. where one group buys its nuts and dried fruit. Then, knowing the mountain business has added eight percent to Nepal’s GDP, we can assume the invasion’s impact shrinks consumption expenditures, business investment, and government spending.

An economist would say we are looking at externalities. Defined as the impact of an event or contract on an unrelated third party, the Russian invasion created a slew of mostly negative externalities in Nepal. However, knowing there always are tradeoffs, we should cite the shorter lines at previously crowded mountain passes and less trash.

My sources and more: My go-to podcast for Europe is the Bruegel think tank. Recently, their discussion of the war’s impact on Central and Eastern Europe was especially thought-provoking. Then, more specifically, The Economist detailed the Himalayan impact and, for the expedition facts,  I checked here, here and here.

The Signs That Backfire

How YOLO and FOMO Affect Investing