Six Facts: What We Need To Know About Europe’s Energy Crisis

Up by 25% between December 2020 and December 2021, soaring electricity and gas bills reflect Europe’s energy crisis.

1. Europe depends on petroleum and natural gas for more than half of its energy needs. 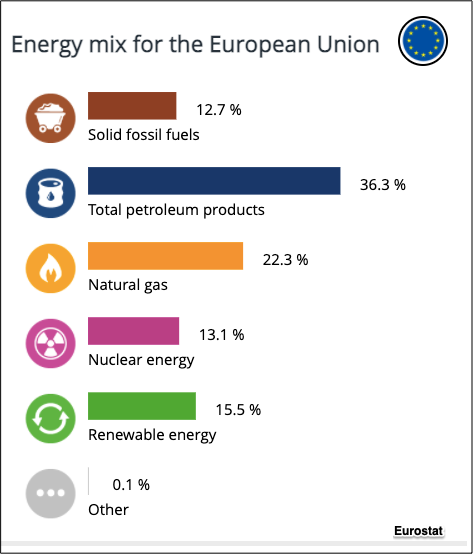 2. Among its energy imports, Europe gets natural gas from seven countries.

Russia and Norway have the biggest slices of Europe’s natural gas pie: 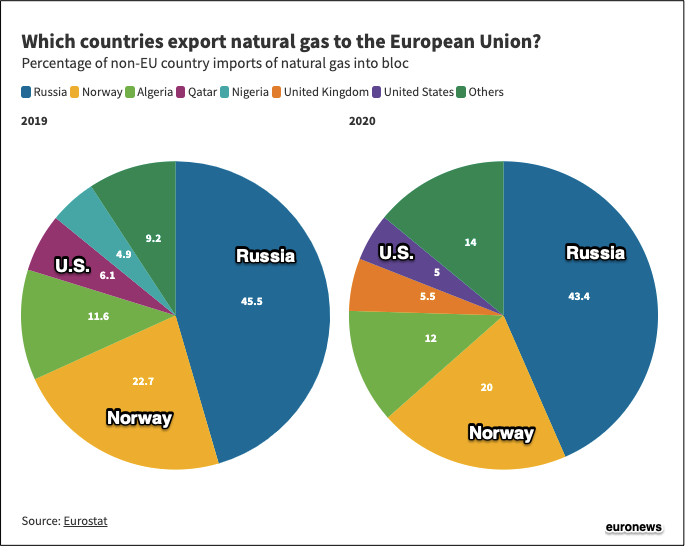 3. But demand depends on the country.

Cyprus (90%), Malta (87%), and Luxembourg (65%) mostly source their energy from petroleum products. Quite different, for Sweden, the mix is nuclear energy (41%) and renewables (31%). France (41%), too, gets a large proportion from nuclear energy. Based on Germany’s energy mix, you can see why the elimination of the Nord Stream 2 pipeline for natural gas will make a difference: 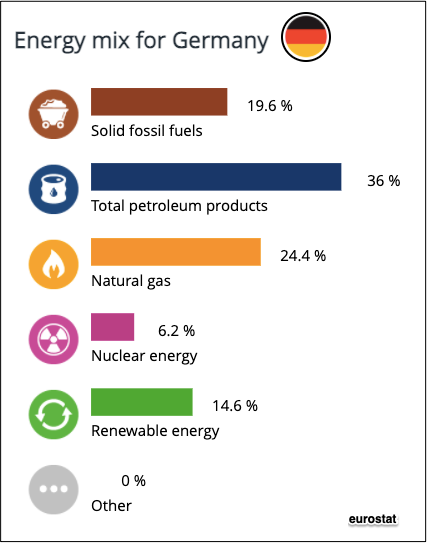 3. The price of natural gas is way up. 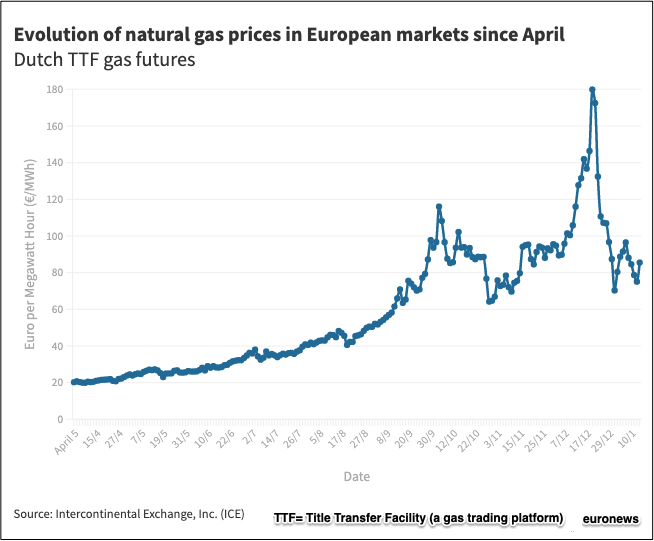 4. Storage is also an issue.

Trending downward, storage of natural gas can become contentious among nations when they decide what to share: 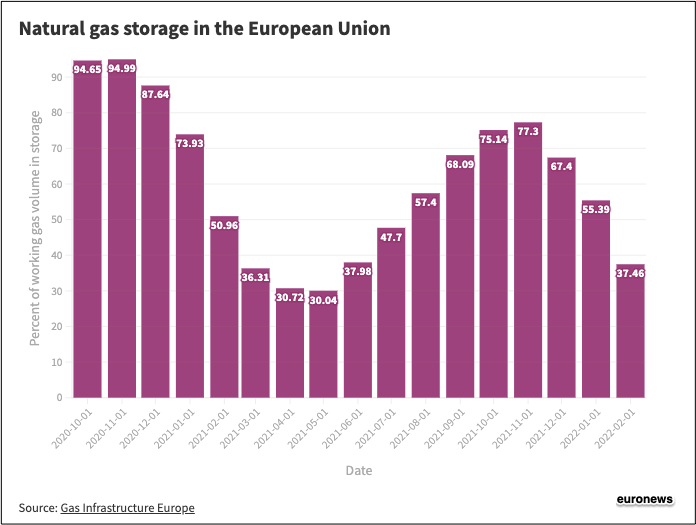 5. Based on Brent, the price of crude is up again. 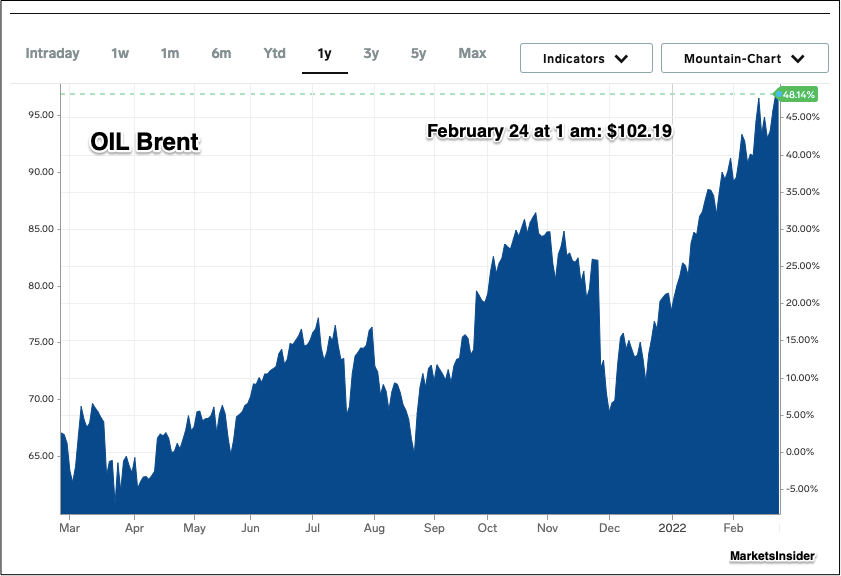 6. Occupying 40% of tan average household bill, the wholesale price of energy is helping to worsen the energy crisis.

The EU and UK have similar fuel bill components: 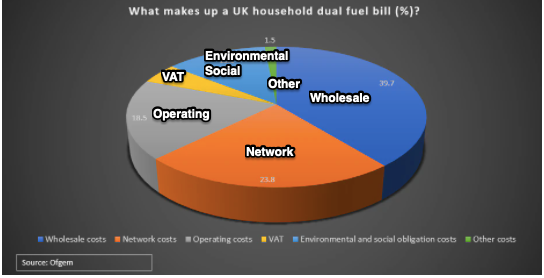 Reuters had a summary list of the causes of Europe’s energy crisis:

And finally, topping the list, we should add the Russian invasion of Ukraine.

My sources and more: Yesterday, during my walk, I listened to the Bruegel podcast on Europe’s energy crisis. A European economic think tank, Bruegel is my go-to source for analysis of EU issues. From there, Reuters and euronews and eurostat had more detail. (Our featured image, from Reuters, is a gas pipe at an Austrian distribution center.)

Our Mind Boggling Energy Use Totals