How Maps Tell Us More Than Directions

The Orlando area near Disney World can be seen in two different ways. It just depends if Disney made the map or Google. Emphasizing all that is Disney, their map excludes a nearby state highway as well as a residential area that has non-Disney resort properties. Google provides a less commercial image. 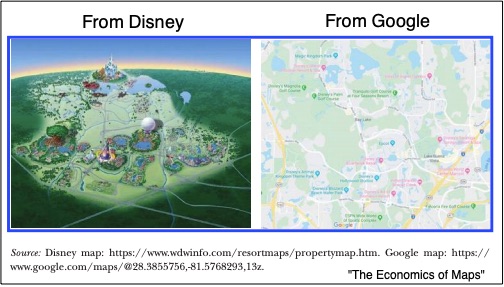 Where are we going? To the message from a map.

What Maps Tell Us

While a Google map might not be selling us something, it does reflect a bias. Compared to Apple, a Google map highlights more roadways and transit. Apple, meanwhile targets users who want to know about shops and landmarks: 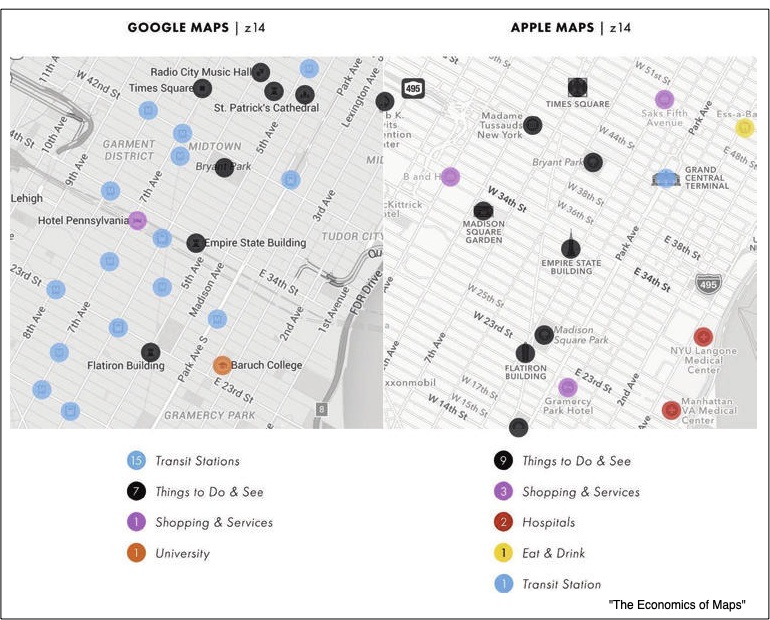 Here in the U.S., we were rather fortunate that the 15th century Martellus Map got it wrong. Using it as a reference, Christopher Columbus would have concluded that the trip to Asia was shorter if you went westward. Consequently, he wound up in what became the Bahamas.

Using the maps under the Martellus, you can compare the size of the journey to Japan, depending on the direction you select: 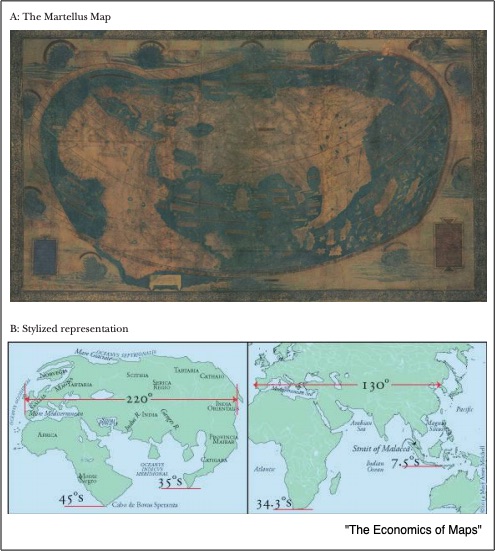 Fast forwarding to contemporary British commuters, the problem was a distorted Tube map. Because people thought that Notting Hill Gate was south of Paddington, they used that route to get to Bond Street rather than a shorter link from Baker Street:

With maps, we can have an explorer bring both positive and negative externalities to a vast proportion of the world that Europeans had not occupied. British commuters can waste time and Disney might not help all visitors with a map that focuses on itself.

My sources and more: Today’s post is based on “The Economics of Maps” from The Journal of Economic Perspectives. Slightly concerned, I did not check what they said about each map. However, we can be entirely sure that maps are always biased because they selectively choose facts. And, those biases create externalities.