One personalized online clothing maker has had a problem. Too many men who were 5’10” or 5’11” said they were six feet tall. Sent jeans for a six footer, they complained their pants were too long and returned them.

Maybe those jeans makers just needed to assume that 6 feet was really 5’10”.

Our story continues with fast fashion retailer H&M. Last June they announced that their sizes were changing. Or, as they expressed, “You’ve asked, we’ve listened.”

The shift began at the end of 2017 when a medium became a small. Actually, it was all a ripple where a large was a medium and XS became XXS (which had never before existed). Then, in a second phase, numbered sizes moved downward with a 10 becoming an 8 and so on. Here too they needed a new size, the 0, that was really a 2.

The H&M decision was a part of a larger trend (a bit of a pun intended).

Since the 1980s, in the U.K. and the U.S., a bigger waist fits into a smaller size. You can see below how the expansion in women’s waist sizes paralleled “downsizing.”

Whether looking at monetary inflation or size inflation, the problem is similar. Inflation always represents a distortion in value. With money, we have purchasing power distortion. For clothing, the distortion relates to how we assess weight gain.

In the U.S., at 2.5% for the past 12 months, the inflation rate has been low. You can see that the one anomaly is energy: 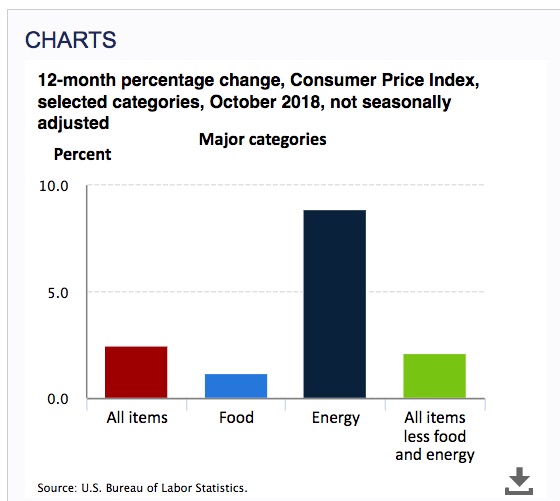 …but that would be inflationary.

My sources and more: Although the WSJ Stitch Fix article was brief, it led to a huge topic. It opened up the whole inflationary world of size distortion through The Economist, RACKED, and The Washington Post.

Our featured image comes from Pixabay.

Why the Kilogram Had to Change