Why the Fed’s Dilemma Just Got Worse

In a robust January employment report, we learned that job creation is the best since 1997, the unemployment rate is an encouraging 5.7 percent and average hourly earnings might even be starting to ascend.

Trying to figure out how Fed Chair Janet Yellen might be pondering the new labor market data, I though we could look at what Brookings’ Hutchins Center calls her “dashboard.”

The jobs section of the dashboard has indicators for unemployment, payrolls and labor force participation.

We can divide the unemployed into three groups.

For all three groups, we have considerable improvement. 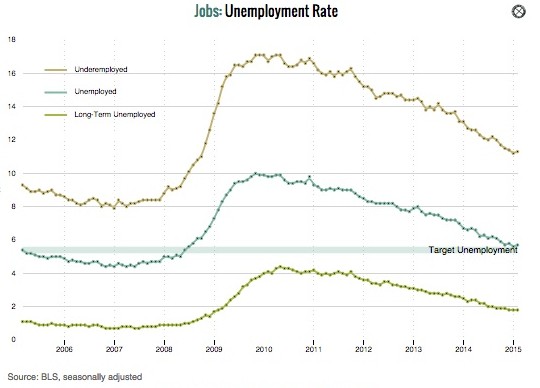 Hoping for numbers exceeding 200,000, we keep an eye on the fluctuation in public and private nonfarm payrolls. 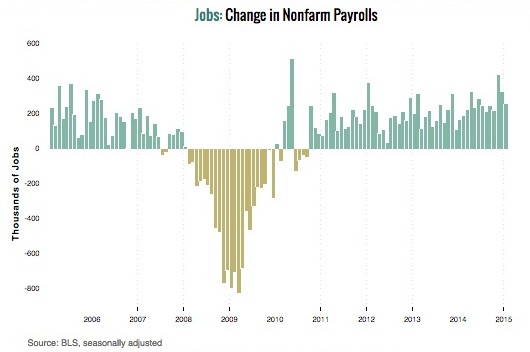 This indicator is a mystery. Displaying a diminishing proportion of people who could be in the labor force, no one can definitely say why. 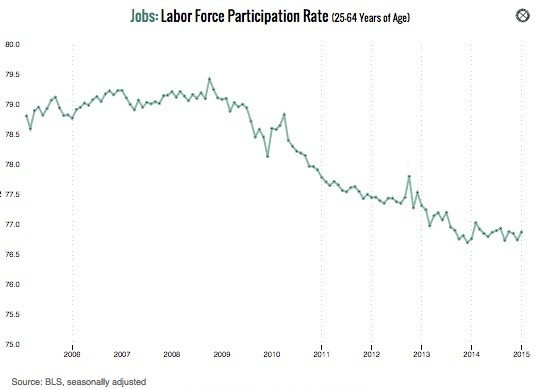 Our Bottom Line: The Punchbowl

In 1955, after the Fed increased the discount rate, Fed Chair William McChesney Martin told a group of unhappy investment bankers that “The Federal Reserve…is in the position of the chaperone who has ordered the punchbowl removed just when the party was really warming up.”

And now, with jobs numbers improving, Dr. Yellen has the Fed Chair’s dilemma of deciding when the party needs to be restrained with higher interest rates.

One Reason We Can't Believe in Innate Talent

Why Greece Would Have a Tough Time With a New Currency