Why New Jersey Has Lower Gas Prices Than California

Yesterday, the average price of a gallon of regular gasoline in the U.S. was $2.37. However, my NJ price is more than Texas and less than California’s.

The price of crude represents 63 percent (below) of the total we pay for a gallon of gas. Because the wholesale price of crude varies, Gulf states like Texas pay less than states along the mid-Atlantic Coast.

While the federal per gallon gasoline tax has been 18.4 cents since 1993, individual state taxes vary considerably. California is even higher than New York. 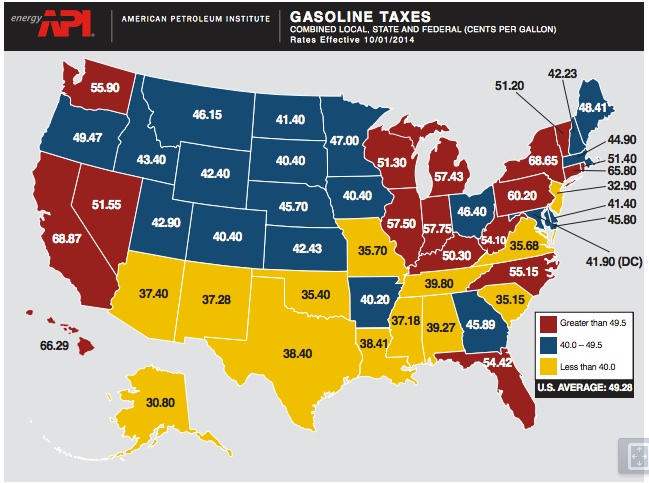 Differences in wholesale crude and taxes create the price variation from state to state: 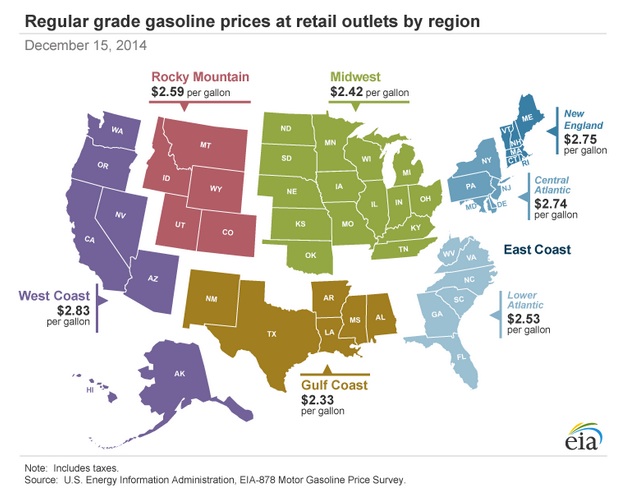 So, what does all of this mean? A low price puts more money in our pockets that we can spend elsewhere.

With consumption expenditures accounting for 70 percent of a GDP that also is composed of Gross Investment (primarily business spending but also residential housing), Government Spending and Exports minus Imports, statisticians have predicted that the GDP could get a slight boost from lower gas prices.

This is really “iffy” territory. I suspect it will vary considerably from state to state. If the $370 billion that we spent on gasoline last year goes down by 25 percent then we have $75 billion more to spend elsewhere. But will we? And, if we do, how will our spending in different states ripple through the economy?

The Seven Ways We Pay For Free Parking

What UPS Learned from Henry Ford