This year it was the ski jump. Though still not allowed to participate in the large hill jump, for the first time, women competed down the 90-meter jumping hill. For years they had been told that their bodies could not handle it.

In 1900, women entered Olympic competition with golf and tennis. Archery was added in 1904. Gradually, the number of events and women increased. The graphs and tables below tell the numbers.

But they do not take us to the aftermath–the dollars that athletic fame can bring. Medal winners typically get cash payments from their NOCs. The US committee pays Gold medal winners, $25,000, Silver, $15,000 and Bronze, $10,000. Then, if we add in endorsements, the totals can skyrocket.

I should note that in a Forbes list, most of the top 10 highest paid female athletes were tennis players with Serena Williams #2 at $20.5 million. The exceptions were Nascar winner, Danica Patrick, figure skater Kim Yuna and golfer Paula Creamer.

History of Female Athletes at the Olympics: 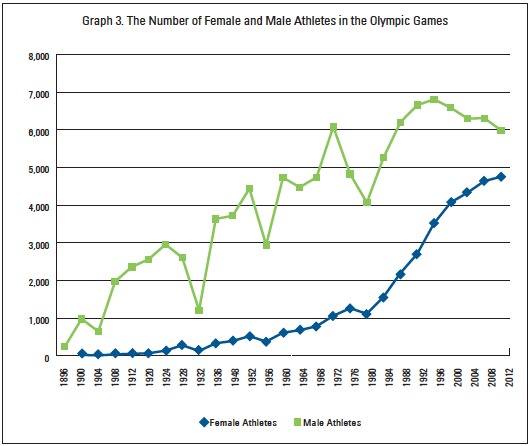 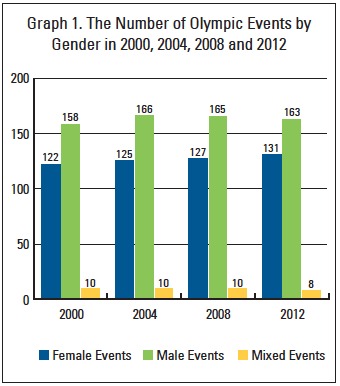 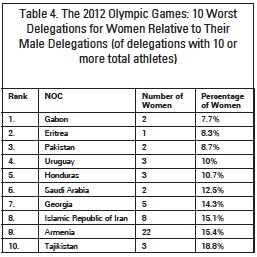 Sources and Resources: This NPR Olympics 2014 report on the ridiculous bias facing women ski jumpers provided a perfect introduction to this history of women participating in Olympic sports. It made ever more obvious how crucial validation through participation would take more women closer to the SI “Fortunate 50.” For women’s earnings, here is the Forbes list and the source of my quote on beauty counts.

What Can We Learn From Downton Abbey Economics?

A Big Problem for Libraries