GameStop describes itself as a chain of 5,000+ stores that sells video games and entertainment products at malls and online. Rather than a retailer, though, GameStop will probably be remembered as a financial bubble. During 2020 when the stock was selling for $4.00 a share, the company said it faced a “challenging sales environment.” On January 11, 2021, the stock closed at $19.94 after the company reported a 3.1 percent decline in sales.

Soon after, GameStop shares traded as high as $380: 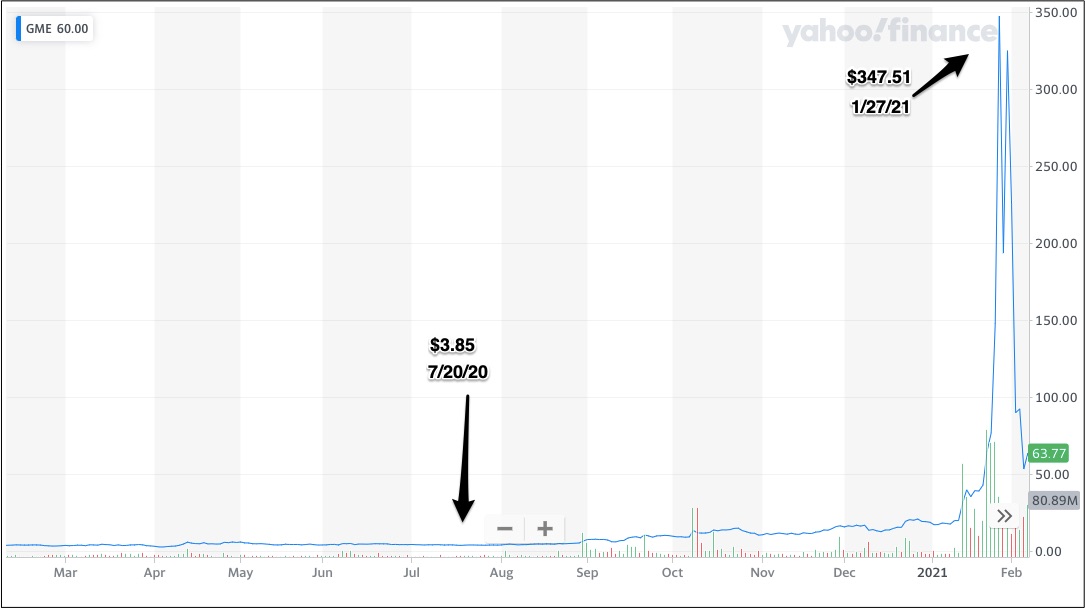 The price of a stock goes up when the quantity demanded exceeds the quantity supplied. With GameStop, we had demand soaring to a daily volume that averaged 53.2 million shares during most of January. The inflated price, based on little but “air,” can be called a bubble. Like all bubbles, the price plunged 80.4 percent after February 1st and, yesterday, continued to fall.

In The Wisdom of Crowds, former New Yorker columnist James Surowiecki says that crowds can usually make decisions that are more accurate than individuals. In markets, crowds accurately price sodas and broccoli and tennis lessons. Studies demonstrate that crowds’ guesses cluster around the true number of jelly beans in those huge glass jugs. Similarly, bubbles are an example of crowd behavior. Here though, we have “collective decision-making gone wrong.”

Still today, some Beanie Baby prices (there is a long list at the bbtoystore website) are elevated: 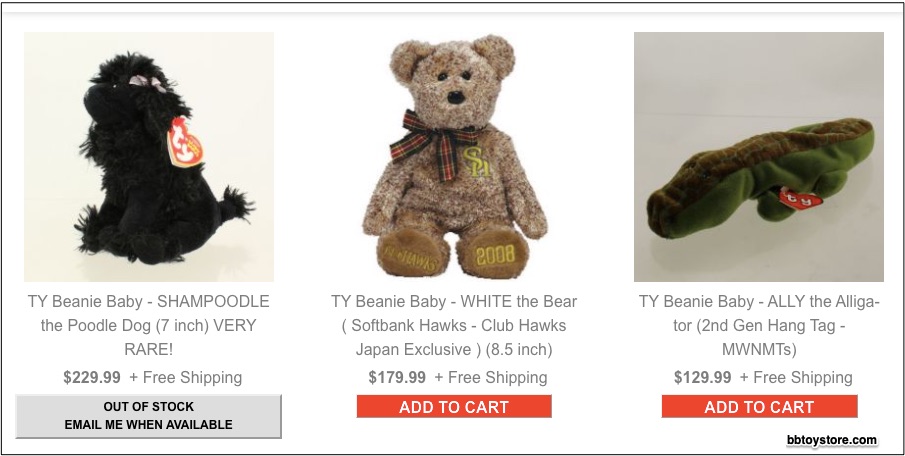 After World War II, with machines replacing pin boys, bowling boomed, and Wall Street responded. As a young Charles Schwab said, “Compute it out–180 million people times two hours per week, for 52 weeks. That’s a lot of bowling.” The result was soaring stock prices in firms such as AMF and Brunswick and the bowling bubble. By 1963, though, following the path of all bubbles, the market reversed and prices plunged to 20% of their all time highs.

One reason for the GameStop bubble is zero-commission trading. However, besides charging nothing, the trading platform, Robinhood, uses bright colors and bursts of confetti. The company explained, “Our goal is to help more people take control of their finances by breaking down barriers, including trade commissions and account minimums, and we remain focused on building products that delight and inform people.”

As economists, we can say that traders enjoyed minimal transaction costs. Defined as more than money, a transaction cost also refers to time and effort. Because Robinhood made trading easy and fun, it attracted traders that, at 31 years old, were younger than the average and less experienced. In one academic study, researchers compared the FAQ on Robinhood to other sites. The Robinhood traders were asking, “What is the stock market?”: 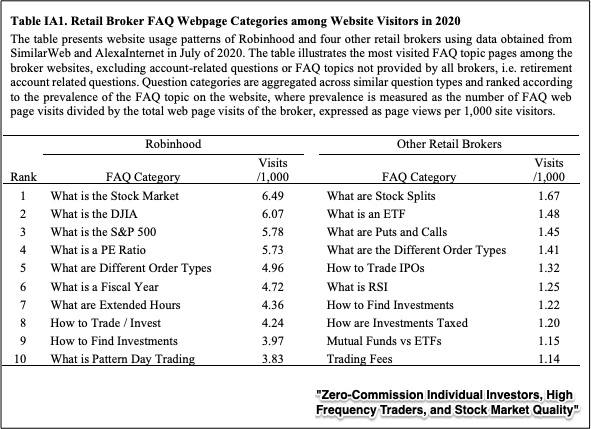 It all adds up to the making of a bubble that was bound to pop.

My sources and more: Again thanks to Marginal Revolution, this time for alerting me to the Robinhood paper. It was a perfect partner to this WSJ look at past bubbles. Meanwhile, to learn more about Robinhood, I recommend NBC and this paper on “noise” traders. Meanwhile, MarketWatch had the GameStop trading facts and the company itself told about its business. Please note that parts of today’s post were in a previous econlife on bubbles.

What Space Travel Brought Back to Earth

Why Our Root Beer Needs a New Label