The Long Life of the 3 to 4 Minute Song

The 7-inch 45 rpm replaced the 78 rpm that came in a 10- and 12-inch size and revolved at a speed of 78 revolutions per minute. Introduced by RCA, in so many ways, they were an improvement. Cheaper and more durable than 78s because they were made of vinyl instead of brittle shellac, the 45s were easier to store, expanded juke box capacity, and were ideal for the teens market. In 1956, with Elvis Presley a national phenomenon, RCA lowered the price of phonographs and offered 5 free records with each purchase (sounds like the Gillette razor blade theory).

Moving from 78s to 45s, we have classic creative destruction. But still song length remained close to 3 minutes. 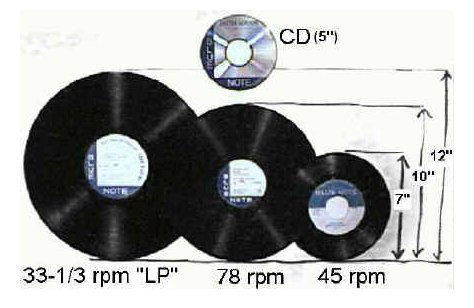 The life of the 45 rpm ended by 1989. No longer giving radio DJs 45s as samples, record companies had made the switch to CDs. But still song length remained a constant. Referring to radio, one record maker commented, “To submit a single with a track length of 4:01 is as foolish as pricing kitchen knives sold on television at $20.01.”

Fast forward to 2012 and all has changed:

But still, the average song length has remained between 3 and 4 minutes.

Looking at the history of music technology, we can cite Joseph Schumpeter’s creative destruction. Yes, new formats rendered their predecessors obsolete. However, through it all, the length of the typical song recording remained almost the same.

I would appreciate it if you could tell me why.

Where Do the Slimmest Americans Live?

Why the Russian Government Loves Vodka