New York State has a problem. Because most of its neighbors have legalized recreational marijuana, it is missing out on the tax dollars they will be collecting. 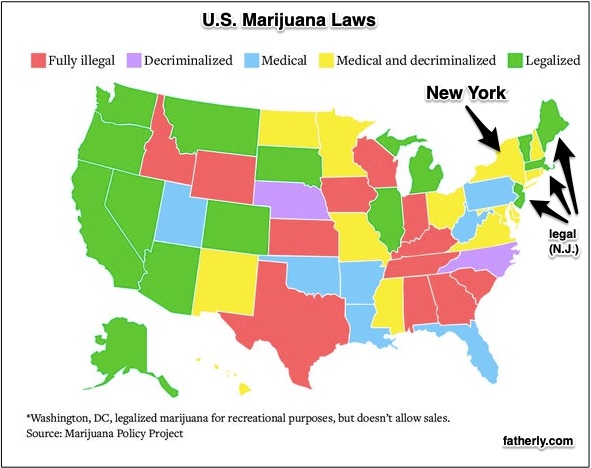 New Jersey appears to have pushed New York to the tipping point. Directly connected through tunnels and bridges, the two states are closely intertwined. We share the commuters, diners, theatergoers, and shoppers that regularly cross state lines.

And now New York is worried we will do it for pot. Or, as one New York State legislator complained, New Jersey will be taking money out of their “back pocket” when New York residents get their cannabis out-of-state.

In a budget proposal that included legalizing recreational marijuana, New York’s Governor Cuomo estimated an initial $20 million from the first year of marijuana licensing fees. After, when fully phased in, he expected $141 million from taxes on what will probably be smokable products and edibles. His projections might be accurate. It all depends on who he copies. 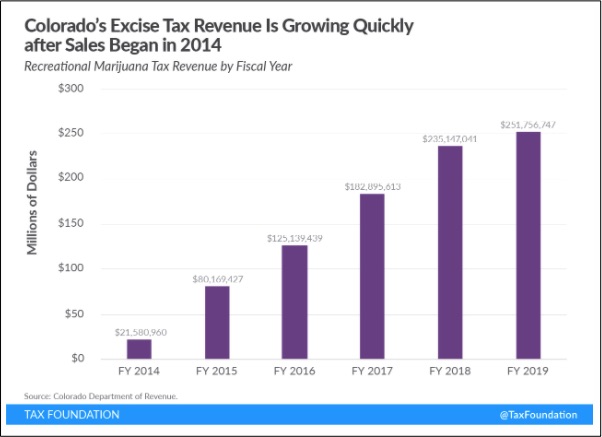 Meanwhile, California and maybe Michigan are a different story. California collected less than its $355 million projection for 2019. Analysts suspect the reason is rates that are too high–close to 40 percent– and a system that is too complex. Consequently illegal sales are flourishing. In Michigan, it’s the opposite. At 10 percent plus a 6 percent state sales tax, Michigan might be too low. Their data though is just for four months whereas California’s marijuana sales started on January 1, 2018.

So, when New York plans for marijuana tax revenue, it needs to be sure its tax rate encourages legal purchases. They have to decide whether growers, processors, or retailers (or all of them) should be taxed. And they also can choose among price, weight, and potency for calculating the tax.

Of course, adding to all of this, Governor Cuomo surely knows that federally, marijuana remains a schedule 1 controlled substance. Consequently, interstate marijuana sales are illegal. In addition, federally regulated industries like banking have hesitated to service marijuana businesses. Instead, individual states have proceeded by themselves.

New York has a lot to ponder.

When states have had to figure out the tax rate that would optimize revenue, an economist would say they were dealing with elasticity. Elasticity focuses on how much or how little our quantity demanded stretches in response to a price change. With marijuana, states would want to select a tax range that would minimally affect sales revenue. Called the inelastic range, at these levels the quantity demanded drops minimally in response to a higher price. As a result, revenue rises. However, if the tax increase were too much, they would enter an elastic area whereby revenue fell.

When NYS Governor Cuomo dreams of a $141 million windfall, he better have selected a tax rate that retains buyer inelasticity.

My sources and more: The NY Times had the marijuana overview update while WSJ had the focus on NYS taxes. However, the perfect tax primer came from the Tax Foundation.

The Economy Inherited by Bush, Obama, and Trump