Why the MLB Gender Grade Is a C

With two masters degrees and a Cardinals internship on her resume, Rachel Balkovec was ignored by 15 baseball teams when she applied for a coaching job. Then though, she applied as Rae, and got a ton of responses… until they realized she was a woman.

Now Rachel Balkovec is a minor league hitting coach for the Yankees. In a similar position, Rachel Folden works for the Cubs.

But the big news is Alyssa Nakken. As a member of the coaching staff of the San Francisco Giants, her position is with the major league team. During a July game, she was on the field:

Where are we going? To see where baseball limits its human capital

The University of Central Florida has a Gender Institute that publishes a report card on race and gender for major league sports. Because they employ a sparse number of women, Major League Baseball got a C grade. The only other major sport that had a substantially better grade was the B given to the National Basketball Association. Otherwise, Major League Soccer was a C- and the National Football League, C+.

One bright spot was the big increase in the MLB central office staff. Only two years ago, the female presence was 30.8 percent. It went  up to 40.1 percent this year: 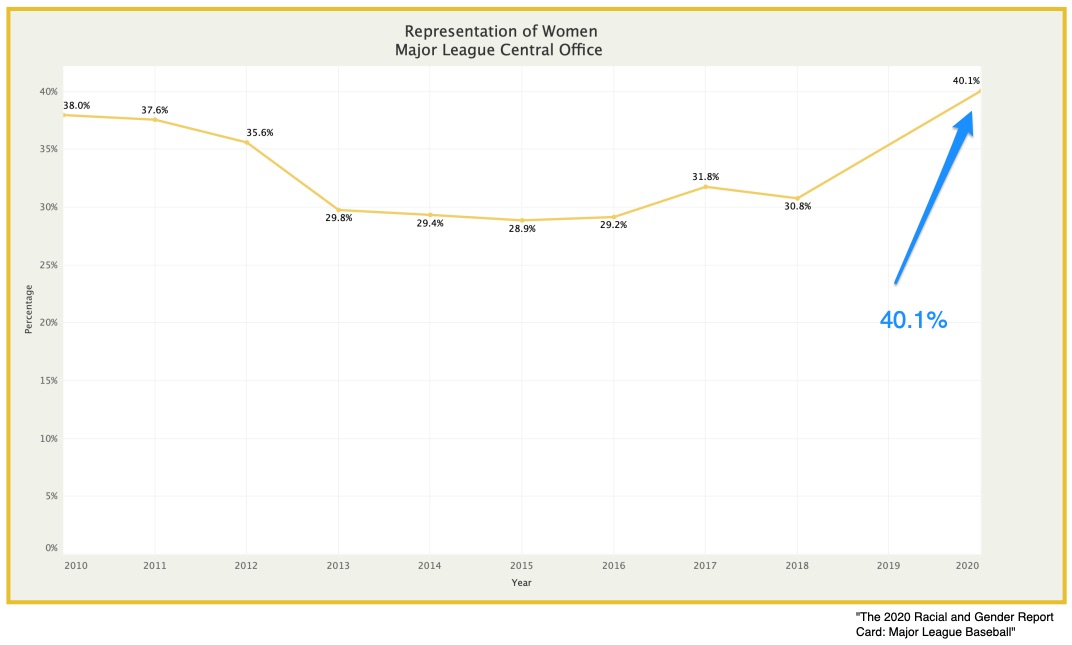 No women are general managers or presidents of baseball operations. 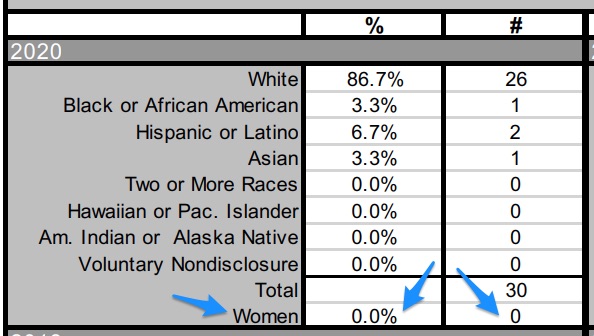 Although the 2020 Baseball Report said the coaches number was zero, I wonder if it could have been one with a slightly later date, since Alyssa Nakken joined the San Francisco Giants coaching staff on January 16 as an assistant coach. 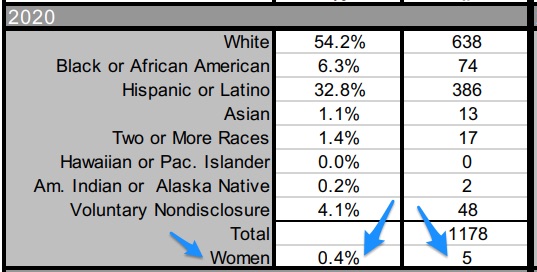 In the top slot, there is still no woman who is a CEO/President of a team. However, the LA Dodgers, Kansas City Royals, Washington Nationals, Colorado Rockies, and the NY Yankees are among the teams that have women with an ownership share. 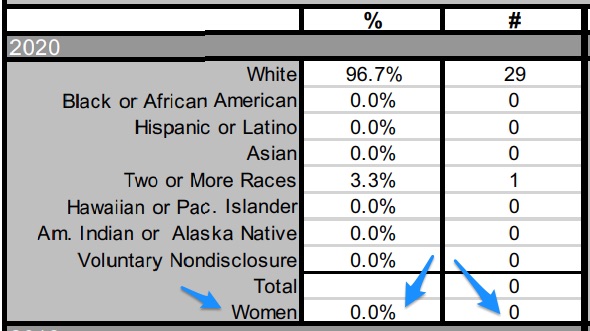 To find higher numbers, we need to look at vice presidents. And yet, with 95 female VPs out of 475 among 30 teams, the female presence is relatively small. At 12, the Boston Red Sox have the most female VPs. 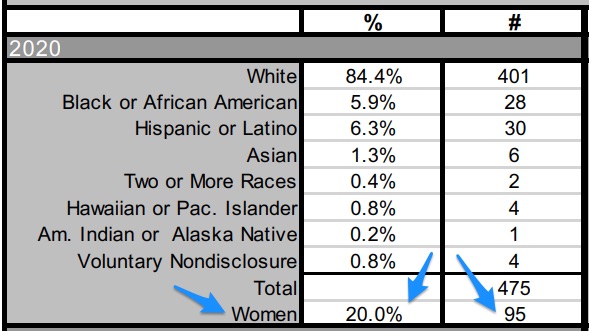 Thinking of the three factors of production–land, labor, and capital–we can look at capital as physical and human. And, like we add new equipment and buildings to increase physical capital, creating new knowledge boosts our supply of human capital.

Equipped with auspicious human capital that relates to their graduate degrees and experience, Alyssa N., Rachel B., and Rachel N. bring considerable human capital to baseball. By excluding women, baseball has diminished its potential human capital. Or, as one baseball executive said, “If (Folden) were a guy…she would already be a big-league hitting coach.

An update: After this econlife was published, the Marlins announced a female General Manager. I guess MLB’s gender grade will rise.

My sources and more: The NY Times reminded me that we have not looked at women in baseball for several years. However, I recommend skipping the (fluffy) Times article and heading straight to the Report. Also, you might enjoy, as did I, the stories about the three women we cite. The Seattle Times told about Rachel Balkovec, for Rachel Folden, do look at the Chicago Tribune, and the Bleacher Report focused on Alyssa Nakken. All tables were from “The 2020 Racial and Gender Report Card: Major League Baseball.”

The Fish Fight That Could Sink Brexit