How We Feel About Globalization

Called “Divided We Stand,” The Chicago Council on Global Affairs published its 2020 survey on U.S. foreign policy. Ranging from alliances to national security to trade, the report’s topics covered much of the international landscape. Its goal was to compare Democrats’, Republicans’, and Independents’ opinions.

Our goal is to see what they said about globalization.

Let’s clarify first. The Peterson Institute tells us that a narrow definition of globalization takes us to international trade and investment flows. However, more broadly it describes the world’s connections. Globalization refers to  economies, cultures, and populations.

From a Peterson Institute video: 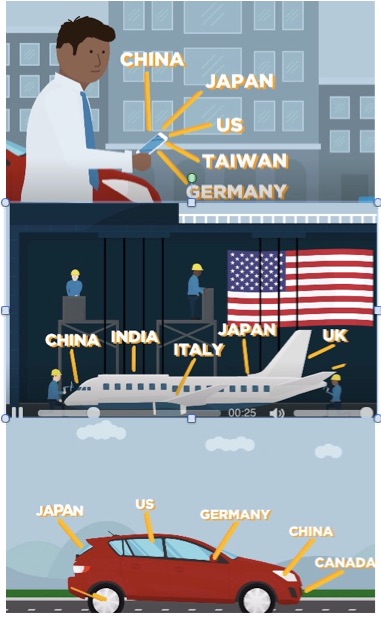 Although the numbers differ for individual categories and political parties, everywhere, a majority approves of international trade. Asked about the U.S. economy, job creation, and impact on consumers, more of us said international trade is good: 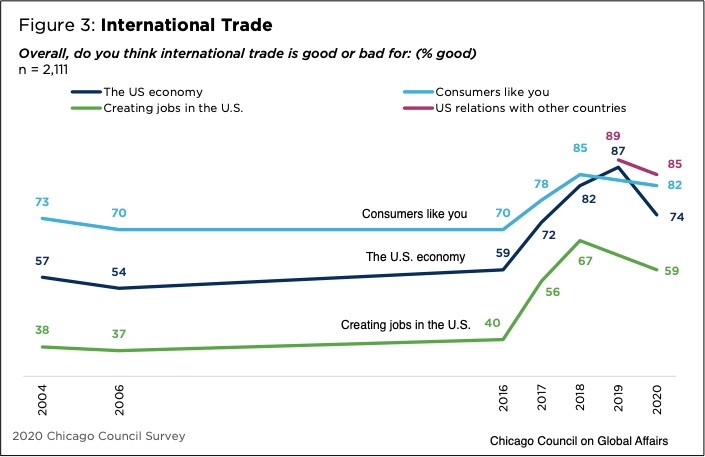 Correspondingly, a majority of respondents approved of retaining our global connections. Equaling past highs, 65 percent felt that globalization was mostly good for the U.S.  However, the Democrats pulled the (black) approval line upward to 65 percent: 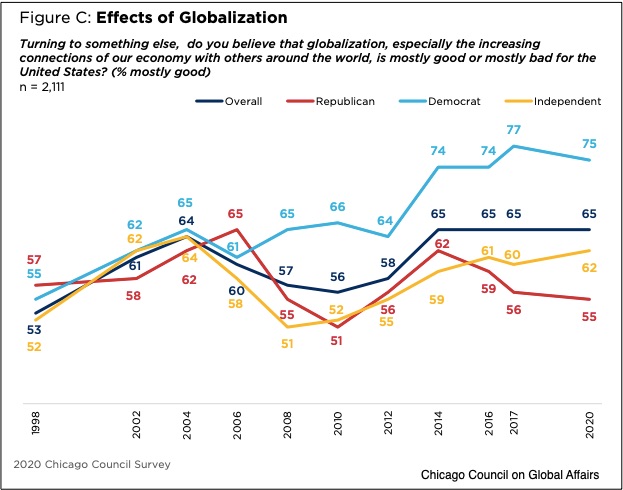 Again, Democrats do not want to disconnect from the world. They prefer the lower costs created by global supply chains: 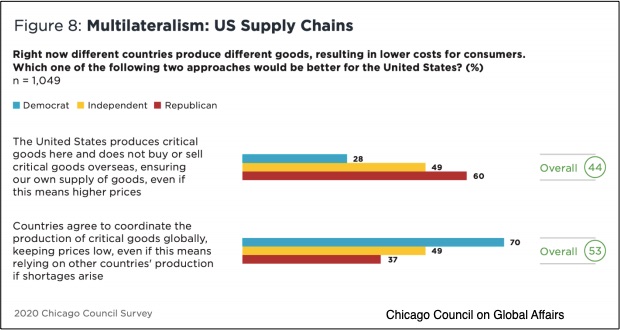 Our Bottom Line: Globalization and Politics

While overall, our international connections get a yes, there is a party divide. Republicans tend toward tariffs and maintaining but not adding to free trade agreements. Meanwhile Democrats are more likely to cite the benefits of our global network. They see the upside of trade.

My sources and more: Thanks to the Susan Rice NY Times OP-Ed for alerting me to the Chicago Council’s survey, “Divided We Stand” executive summary and report. Then, as always, I went to the Peterson Institute to see how they defined and explained globalization.