When the Line Graph Began

Rather than a long list of numbers, our featured image displays graphs of countries with increasing coronavirus cases.

Line graphs did not always exist. Someone had to invent them.

Our story starts in Scotland during the 18h century when a little boy was asked to record the temperature each day. As an adult, William Playfair realized he could convey his numbers more meaningfully. Instead of endless rows of data, he knew he needed a visualization. He knew that, ““No study is less alluring or more dry and tedious than statistics, unless the mind and imagination are set to work,”

At the time, his epiphany was respected by few academics who believed that tomes expressing all of the data and analysis were more meaningful. In addition, his life story had little that hinted at the scope of his insight. Among a long list of endeavors, he did lackluster work for James Watt, dabbled at silversmithing and accounting, failed at banking, tried to blackmail a Scottish lord, and stormed the Bastille. One person said he was rather like Forrest Gump. Like Gump, the man hopscotched around the world and knew a slew of famous people…all of which taught him the numbers that he soon graphed.

We can remember William Playfair for his 1786 book, The Commercial and Political Atlas and the graphs he was the first to design.

This line graph displays the spending of the British Army: 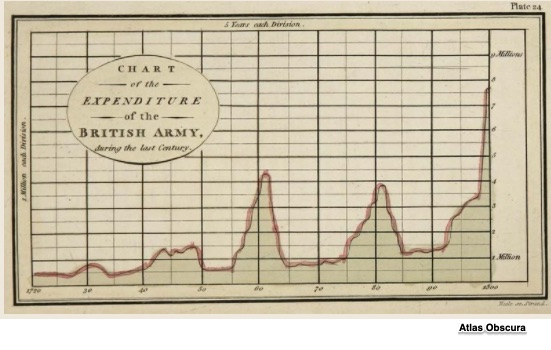 Showing the relative importance of Scotland’s trading partners,  this was one of the world’s first bar graphs: 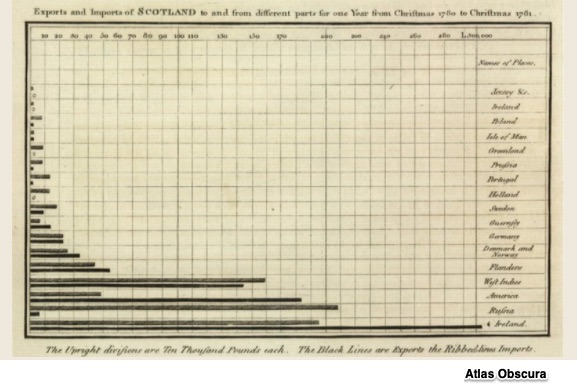 In an early pie chart, Playfair shows the composition of the Turkish Empire:

William Playfair just reordered information for us. With the quantity of data multiplying, we needed ways to organize it, to rationalize it, to see it. Playfair was the first to reorder information so we could grasp its meaning.

Our Bottom Line: The Value of Visualization

Do consider the summary below. It takes us to graphs that are static and those that are exploratory: 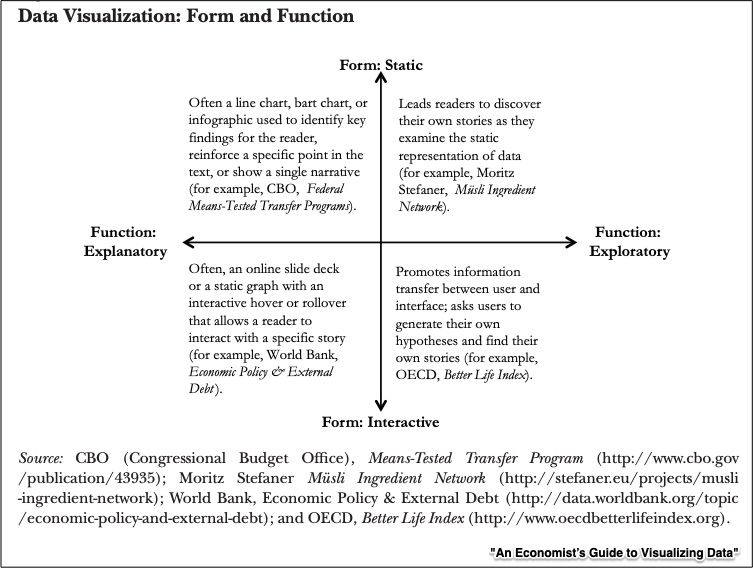 Knowing that good ideas start with someone figuring them out, let’s remember William Playfair for reimagining data as bar graphs, line graphs, and pie graphs. His contribution was gargantuan…and memorable.

My sources and more: Thanks to Timothy Taylor, the Conversable Economist, for introducing me to William Playfair. From there, the path took me to this article and this one on Playfair. Then for the perfect complement, I discovered this article on the value of visualizations. And finally, for covid-19 visualizations, I recommend this NY Times site.

Why Water Is a Worry