How “Trolls World Tour” Is Changing the Movie Business

On April 10, when Trolls World Tour was supposed to hit the movie theaters, none were open. So NBCUniversal decided to proceed with a streaming release instead. Other studios were postponing film opening dates by as much as a year. But Universal had already invested in a massive multi-million dollar marketing campaign.

These are some projected theater opening dates and revenue for future blockbusters: 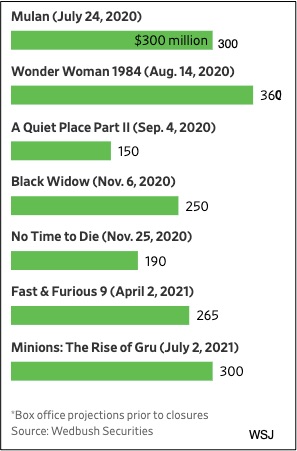 For NBCUniversal, a lockdown was the perfect time to experiment with a new model.

Typically, we have two months to see a blockbuster film in a movie theater. Then, we can stream it at home. The first Trolls followed the pattern in 2016.

Now, Trolls World Tour is breaking all the rules…and enjoying record revenues. The $100 million that Trolls World Tour made in three weeks through $19.99 48-hour rentals is more than the first Trolls generated during five months in the theaters. Even more enticing, streaming gives the studios 80 percent of the revenue while they get 50 percent from the theaters.

Do take a look at this two minute trailer:

So you can see why NBCUniversal told the AMC theater chain that it would stream more and use theaters less through some simultaneous releases in both venues. Responding, AMC said that it would no longer show Universal movies in its chain. If the Universal/AMC war continues, both could lose because they need each other.

Still, as you surely know, we are all streaming more. The lockdown could have exacerbated the trend but you can see the streaming numbers rising. They cover all types of media except video games, not just movies: 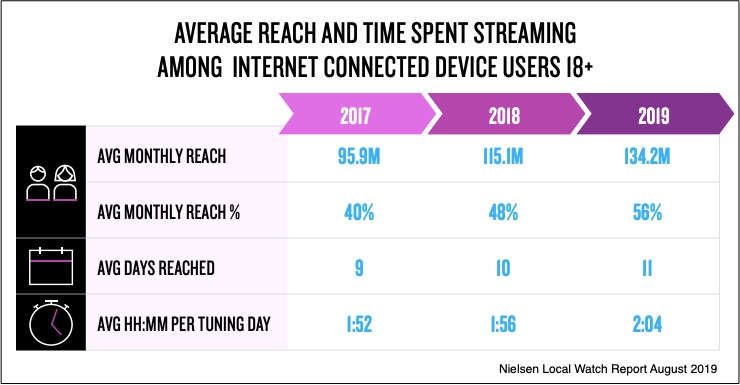 Nielsen also tells us that younger adults stream more than an older cohort that tends toward cable and linear viewing models. (I added the column titles and parentheses to their chart.): 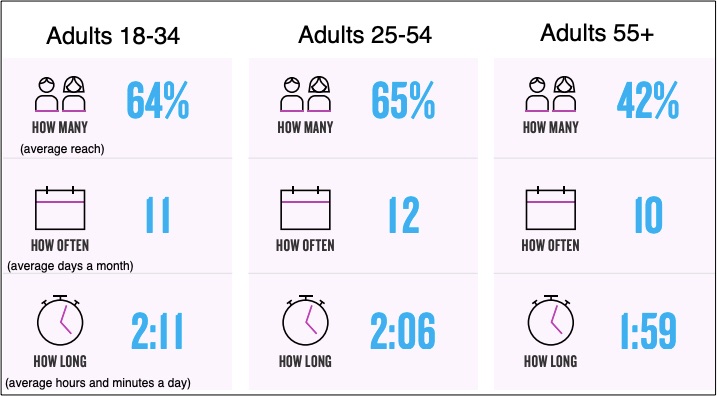 When a movie is released to a theater chain like AMC, we see some monopoly power because of exclusivity. As the single business showing a blockbuster in a competitive market, a movie theater monopoly has more pricing power than most other companies:

Now though, a studio like NBCUniversal is trying to increase its pricing power by streaming new releases.

My sources and more: Yesterday’s walk was a bit more pleasant because of The Journal’s podcast on Trolls. From there, the possibilities multiplied. Although it is not as interesting as it used to be, Quartz told readers about Trolls movies and Nielsen had its streaming report. In addition, WSJ, here and here, looked at the Trolls franchise and the Universal/AMC war.

What Switzerland is Best At