It’s been called a “covidivorce.”

After lockdowns ended, China reported that divorce applications were swamping officials in two provinces, Sichuan and Shanxi. Therapists explain that the new togetherness is,  “…like putting all our issues into a frying pan and really heating them up.”

In the U.S. also, it will be interesting to see how the coronavirus pandemic will affect marriage and divorce rates.

1. The rate that we marry is trending downward to record levels. 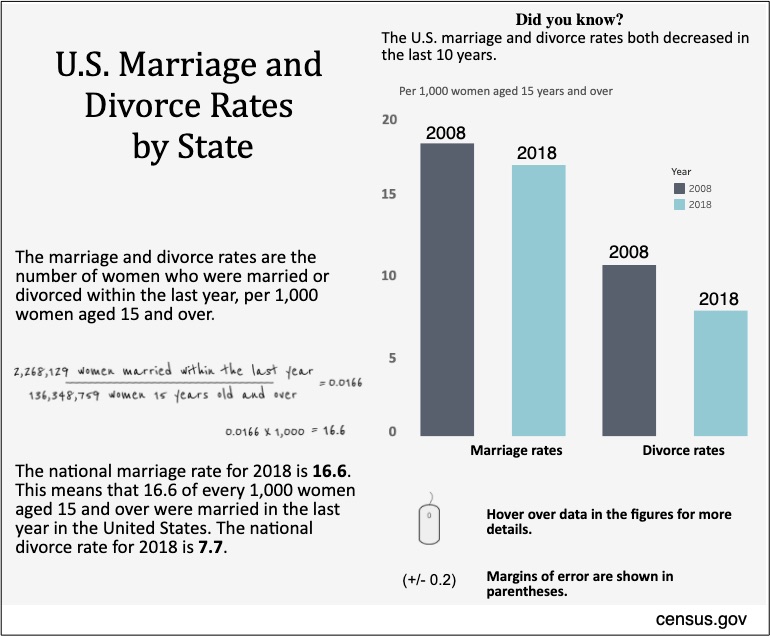 2. At the same time, the divorce rate was dropping.

3. However, marriage rates differ among states. 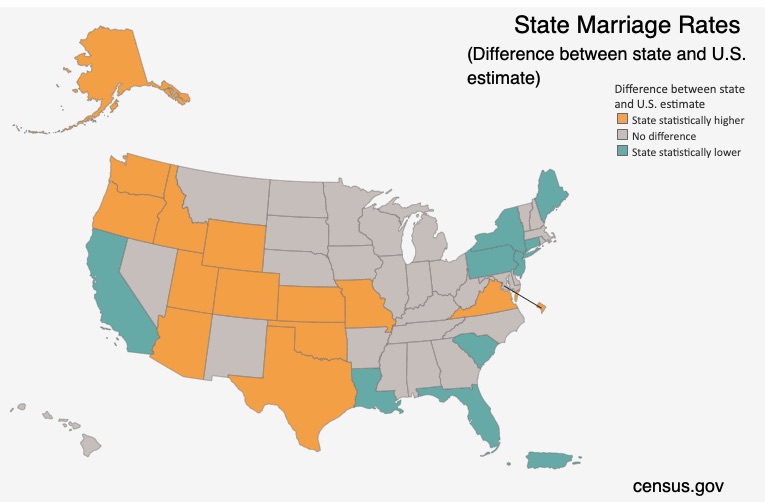 For example, per 1,000 women 15 and older, there were 4.7 new divorces in North Dakota and 12.1 in South Dakota during 2018. (I was surprised by the difference between the two neighboring states and am not sure why): 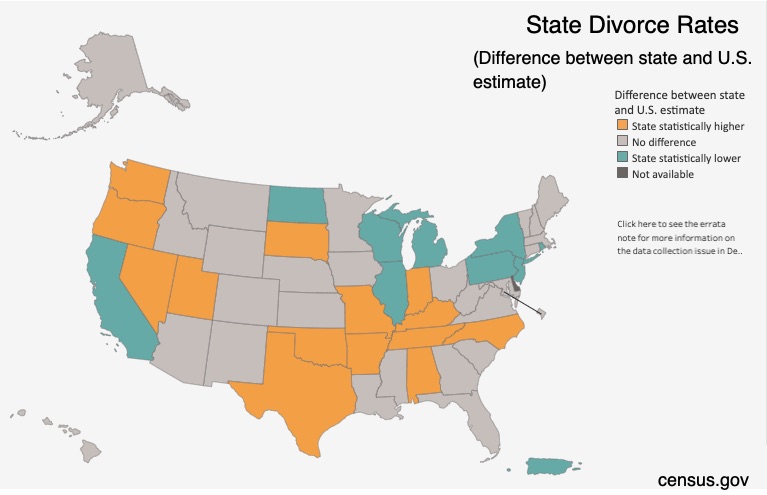 5. Historic events can influence whether we marry: 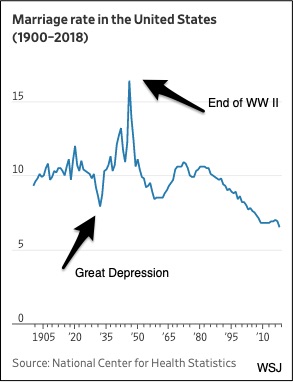 Looking back at traditional marriage markets, we would see the men as “breadwinners” and the women, “domestic specialists.” The demand for women could have depended on their expertise in the home and for men, their earning ability.

Now the value of marriageable men and women is based on a more diverse set of variables. With changes that include social norms, affluence, education, working women and the pill, demand and supply in marriage markets have shifted marriage  and divorce rates.

My sources and more: Complementing the U.S. Census,WSJ, here and here, looked at divorce and marriage rates.  Then, to complete the picture, the NY Times discussed “covidivorce.” (You might have some fun, as did I, on the Census website map comparing state marriage and divorce rates. Some of the numbers were astounding.)

Please note that I added the last sentence of My sources after publication.

When Finger Lickin' Became a Problem