When a scientist from Coca-Cola visited NASA in 1984, he expected Coke to be the first soda in outer space.

It did not work out as he expected.

During the 1980s, Coke’s popularity in the U.S. was slipping while Pepsi’s was rising. To reverse the trend, Coke hoped to be seen as the only cola on a 1985 Challenger flight. First though, they needed to figure out how to send a carbonated liquid into a weightless environment. Because the carbonated bubbles expand explosively in a space capsule, they had to design a container that could hold and dispense the liquid safely into an astronaut’s mouth.

Once they got NASA’s okay, Coke’s scientists worked on the container. Months later NASA tested it in what they called the “Vomit Comet.” For the plane to simulate a weightless environment, it had to climb 8,000 feet in 20 seconds and plunge soon after. Coke passed.

Do take a look at how the Vomit Comet creates weightlessness:

Pepsi though found out about the space flight, got NASA’s okay to join Coke, and speedily designed their own can. Although the first version flunked a Vomit Comet test, they tweaked the design and got the okay. Because the astronauts drank the Coke first, Coke said it was the first cola sip in space. (And the last for awhile since NASA was not too pleased with the results or I suspect the taste of warm soda.)

The Air and Space Museum in Washington D.C. has both cans on display. Pepsi spent $14 million and Coke, $250,000 on the project: 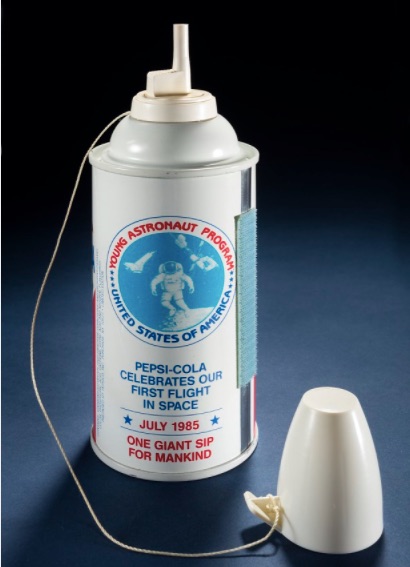 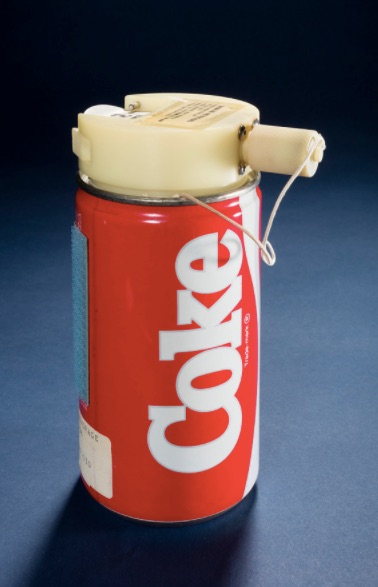 This is the Pepsi ad that followed the flight:

As a very large firm, an oligopoly competes against a small number of similar companies. Think Nike and Adidas, Kellogg and General Mills, or yes, Coke and Pepsi. They mass produce, they advertise to large audiences, they compete through product differentiation rather than discounting. Instead of the market, they have power over what they charge consumers and market entry and exit are difficult.

Usually on a competitive market continuum, the power of an oligopoly places it close to the monopoly end:

As oligopolies, Coke and Pepsi had the dollars and the huge market that let them compete through NASA.

My sources and more: I first heard of the Coke Pepsi space race though a Business Wars podcast (that was quite good). From there, the 1985 news articles included the LA Times, the NY Times, and the AP. After, the Air and Space Museum got some extra cans and told more of the story.

What We Will Miss in the Mall