In his 1790 Report on Public Credit, Alexander Hamilton explained why it was crucial for the United States to honor its Revolutionary War debt. Governments, he said, needed to be able to borrow money for emergencies and everyday needs. Consequently, just like you and me, they have to pay back loans fully and promptly in order to borrow again at reasonable rates.

Sometimes though nations cannot repay what they owe. They’ve sold bonds to investors, to banks, and to governments. In return, investors receive interest and, when it matures, the value of the bond. However, at payback time, interest rates could have gone up, or commodity prices could have sunk…or you could have a pandemic. Whatever the reason, sometimes countries default rather than honoring the contractual obligations of their bonds.

Right now, a group of countries with emerging economies have a greater chance of defaulting on their sovereign debt. Do go to the orange rectangles to see the most vulnerable nations: 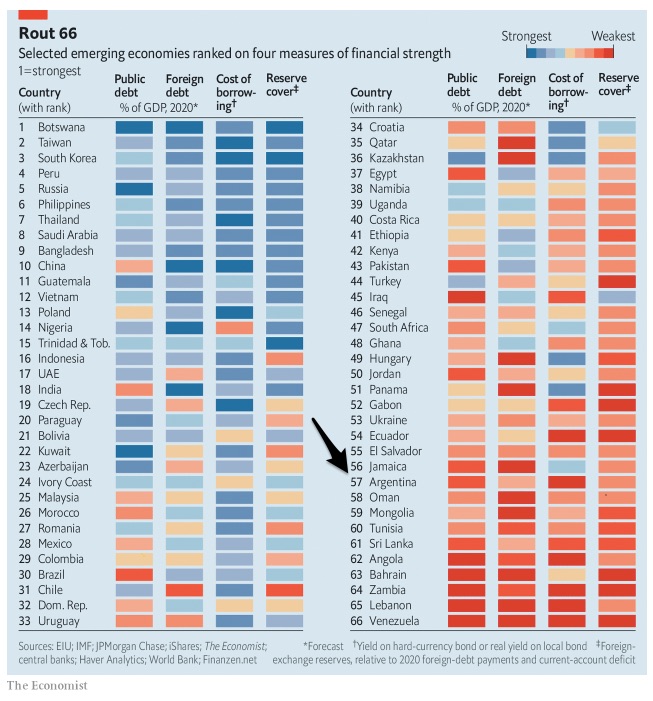 The NY Times tells us that Argentina will default on May 22. So let’s take a look.

Our story starts in 1816 when Argentina declared independence and first started to borrow. Since then, Argentina has shown a tendency to overspend, borrow, and then repay only part of its debt when an economic reversal strikes.

Each time, the pattern was similar. As national spending veered out of control, they borrowed by selling bonds to investors who were all too happy to give them money. But then, when payback time arrived, poor judgment, excessive debt, and a troubled economy prevented them from meeting their obligations. In addition, a succession of defaults could have made each one a bit easier.

It is likely that Argentina will default next week. The third time in the past 20 years, the default involves a $66 billion dollar debt (that includes some of the 2001 default). The problem is a $500 million interest payment that is due on May 22. Instead they want to postpone and decrease what they owe. The NY Times called them a serial deadbeat.

A country’s sovereign debt is the amount that its government has borrowed. Countries borrow money through the bonds that they sell. When we know they will pay back what they owe, interest rates are low. However, a risky bond entices investors through a high return. 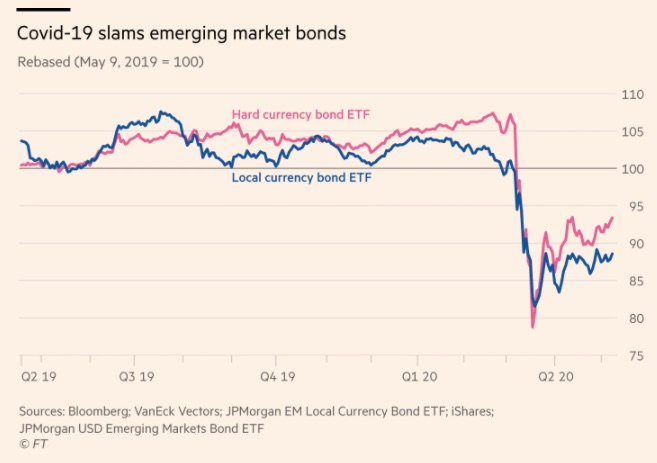 Returning to where we began with Alexander Hamilton, debt can be beneficial. Countries just need to be sure that they can pay it back.

My sources and more: For Argentina, Bloomberg, FAS and the NY Times had the facts. From there, The Economist and FT  looked at the bigger debt picture. Then, for even more, econlife described a group of hold-out investors that refused to let Argentina not pay them.

Our Alexander Hamilton paragraph was in a previous econlife post.

What We Really Need to Know About Unemployment

A Tale of Two Grocers