The Countries With the Most and Least Cash

India appears to love its cash.

Last year’s demonetization of large bills was supposed to diminish the use of cash, eliminate “black money,” and expand the digital economy. However, even without the high value notes, the currency supply dipped and then came back:

But there was a digital boost. The numbers (below) show that after demonetization, many more credit and debit cards were circulating as well as the PoS (point of sale) terminals that read them:

Still, only a small proportion of the population has been using them: 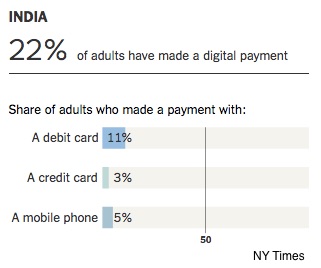 Where are we going? To where and why cash matters.

Sweden has been called a leader in becoming cashless: 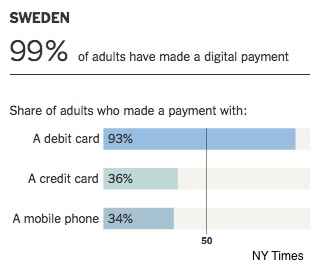 By contrast, in the U.S. we still like our cash: 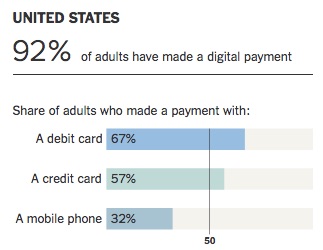 In China, the numbers could be misleading. Yes, they are low, But they are trending higher because of the online transactions for Alibaba and Tencent. 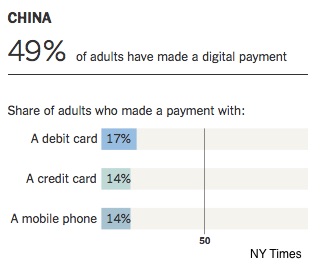 Our Bottom Line: Why Cash Matters

How we pay can influence how much we spend.

On a pain scale, paying with cash is the most distressing because we actually see less money. Not as transparent, checks and then debit and credit cards are next. But by far the least painless are those automatic bank account deductions that we might not even be aware of.

We could ask then if less cash means more consumer spending.

My sources and more: Again, I was delighted when the content of two articles converged. The NY Times had the overview with cash use around the world. And then Quartz here and here had the specifics for India. Meanwhile, at econlife, we looked at who is still using cash in the U.S. and why Sweden and Zimbabwe are not.

Please note that some of Our Bottom Line was in a previous econlife post.