Why Southwest Airlines and Zara are Similar

Talking turnaround, planes and clothing can be rather similar.

Where are we going? To productivity.

Typically between places like Dallas and San Antonio, in 1971 Southwest flew only short haul flights in Texas. As a discount airline with fares that were approximately 45% lower than their competitors, a ticket could cost you $10. However, with such low fares, the airline itself soon had to save some money

And here is where it gets interesting.

Only a year after their first flight in 1971, they had to reduce their fleet from four planes to three. Still though they were able to fly the same number of hours by cutting turnaround time to 10 minutes–a sliver of what then was typical. Imagine cleaning, restocking, unloading people from the back while new passengers entered through the front in 10 minutes.

As the years unfolded, their strategies for the fast turnaround multiplied. From the beginning, every plane was a 737. They knew not to charge for checked luggage because it creates the incentive to carry more on the plane which eats up time. Also, with no seat assignments, their boarding system works faster than most while no inflight meals mean less clean up and set up. Four years ago, they still had a pretty good turnaround average at 25 minutes.

Reflecting the spirit of their founder, Herb Kelleher, this flight attendant is funny:

Fast means design, manufacture and distribution take less than a month–far faster than traditional retailers that select merchandise many months or even a year beforehand.

This winter coat took 25 days to be transformed from an idea to inventory: 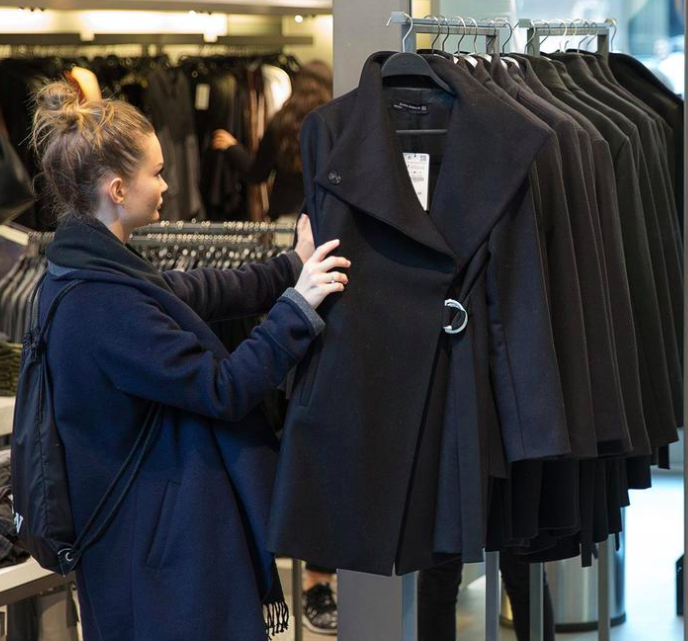 It all began with store managers sharing their customers’ requests. Within five days the concept had become a pattern and a prototype. Nearby, the next stage took 13 days as seamstresses, more pattern makers and cutters produced 8,000 coats. Then, after tagging, labeling, quality checks and ironing, by day 21 the coats were at a distribution center. On the 22nd day they got tracking codes that specified their destination so that by day 25 they were on the store rack.

Made in Spain from start to finish, the coats were flown to NYC and priced at $189 apiece. Because of the small batch, they were soon sold and replaced by newer merchandise.

Zara’s 25-day design, manufacture and distribution turnover is like Southwest’s 10 minutes. Demonstrating how land, labor and capital can be optimized, both are examples of how firms can increase productivity.

They could provide one solution to the mystery of the missing productivity gains in the U.S.: 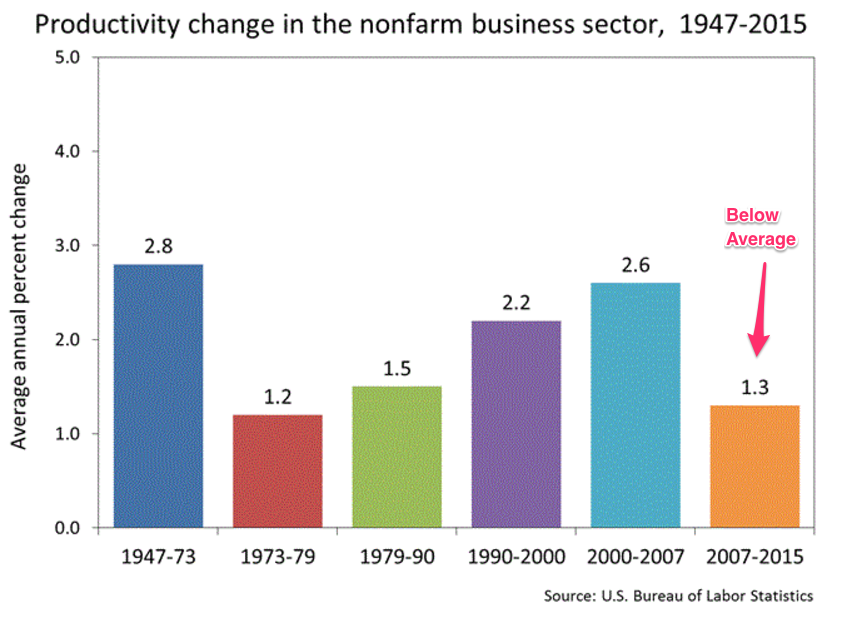 My sources and more: During a very pleasant morning walk, I listened to the Southwest/Herb Kelleher episode of How I Built This. Focusing on entrepreneurs, I do recommend the series. I did though need more on turnaround and found this CNBC report with the details and Bloomberg on how Southwest might change in 2017. Meanwhile, a WSJ article had wonderful detail and photos for fast turnaround at Inditex’s Zara while here is a bit on their competition and earnings.