How Are Sweden and Zimbabwe Similar?

Using a stolen helicopter, explosives and a Kalashnikov, thieves lowered themselves to a roof in Stockholm’s Västberga neighborhood. As a storage facility for a security firm, the building housed money for banks and businesses. Within 15 minutes, the thieves flew off with bags of cash worth more than $6 million.

A movie-worthy caper, the Västberga heist has become more than an unsolved robbery. It also helped nudge Sweden toward a cash free economy. By 2014, only 20% of Sweden’s retail transactions involved cash while their cash circulation is way down. Confirming those numbers, you could have trouble spending cash in Stockholm.

Where are we going? To the benefits of being cash free.

Functioning in a very different world, Zimbabwe has a more immediate reason to eliminate paper currency. It has none.

Having experienced a record setting hyperinflation, Zimbabwe turned to the U.S. dollar for its paper currency. But with a limited amount of dollars circulating, people started to hoard their money rather than spend any. Now barter has become more prevalent because only those with a bank account can use plastic.

Zimbabwe’s $50 billion note was worth a fraction of a penny: 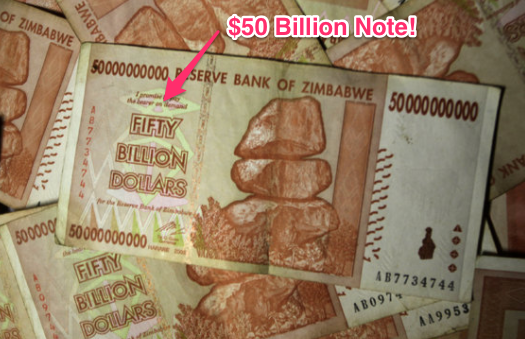 Meanwhile they were laundering (literally) a worn out limited supply of dollars:

So, from completely different points of departure, Sweden and Zimbabwe share the cash free goal. So too do Denmark, Belgium and Australia (below): 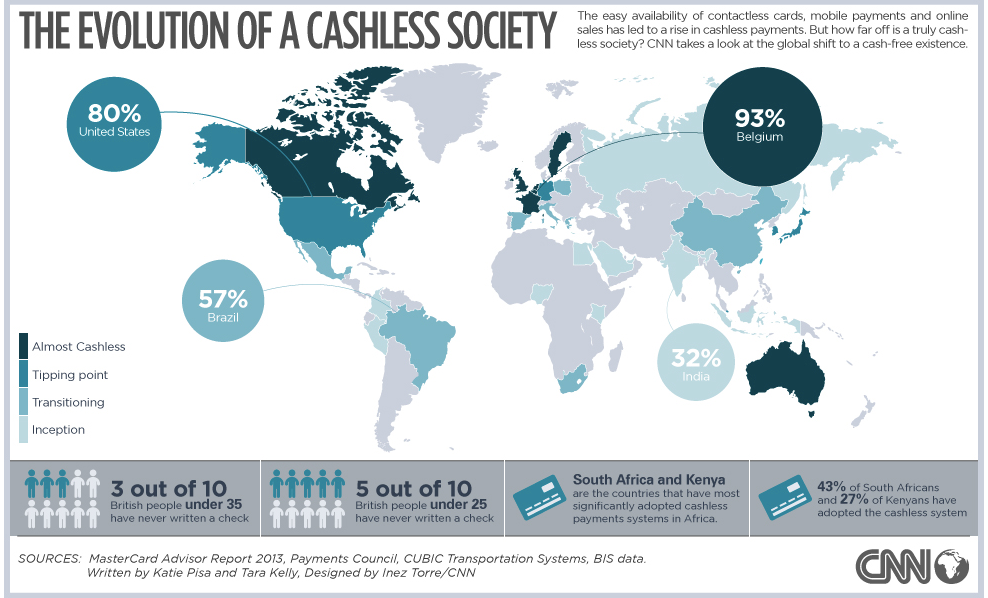 In his new book, The Curse of Cash, Harvard economist Kenneth Rogoff explains the benefits of going cashless. Vastly abbreviating, we can just say that because illegal transactions are minimized, tax revenue increases. Meanwhile negative interest rates even become functional. The reason? Because people no longer can take cash from a bank account to their mattress once it stops earning a return. And finally, businesses eliminate the expense of managing cash transactions.

If you are wondering what we will use as money, do keep in mind its definition. Money is any commodity that serves as a medium of exchange, a store of value and a unit of value. It can be bitcoin, a demand deposit or a seashell. Cotton or paper rectangles are just one of many possible kinds of money.

My sources and more: Sometimes economic stories converge. Quite distant, still the cashless story for Zimbabwe and Sweden share similarities. The Swedish story starts with the Västberga heist, and continues here in the New Yorker. Meanwhile, to read more about Zimbabwe, this story is the next installment of their cashless saga. Please note that the CNN infographic was published in 2014 and uses data from a 2013 Mastercard Report.

When is $4 Billion Chump Change?