India’s demonetization is supposed to shine a light on its shadow economy. Massively diminishing tax revenue, their shadow economy is composed of cash transactions. After all, when an wedding planner receives part of his fee in cash, he does not report it. Many real estate transactions are said to have been funded partially with cash. In government also, bribery diminishes the income that public officials report.

You can see below that a whopping 98% of all of India’s transactions are in cash: 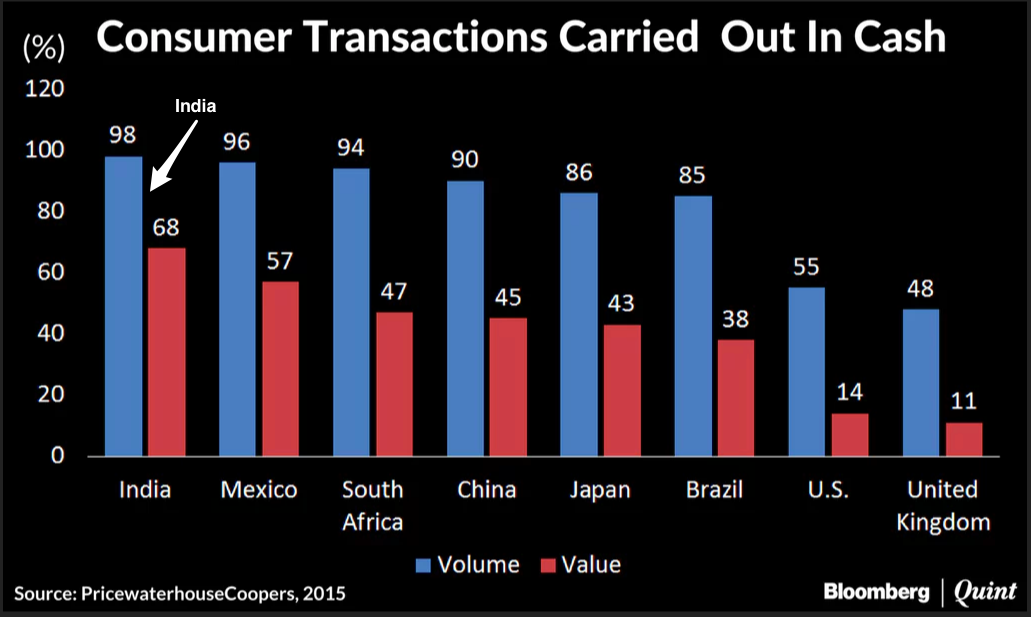 India’s cash feeds a shadow economy that could be more than 25% of their GDP: 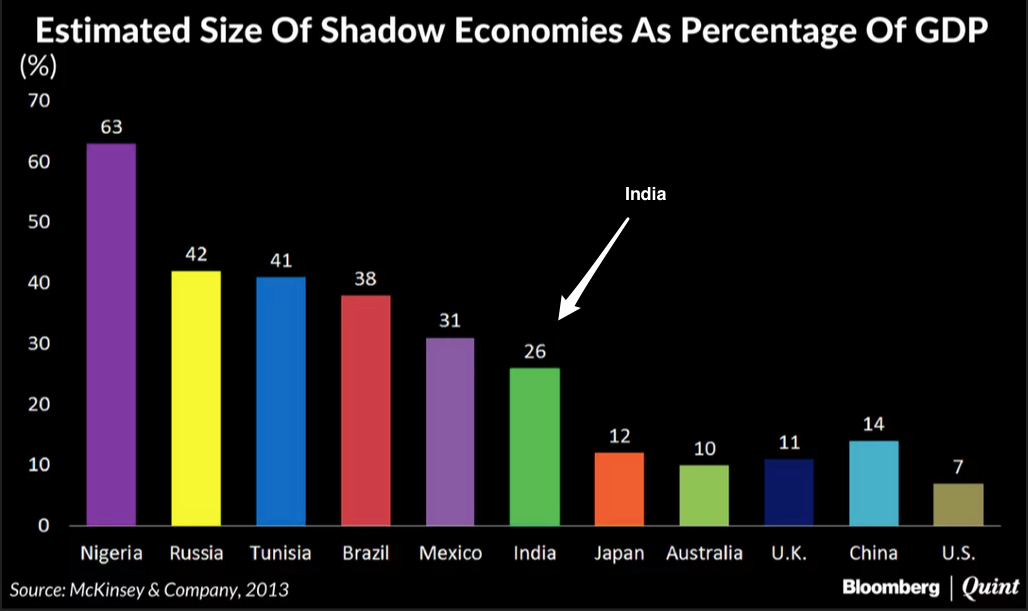 Consequently, the November 8 demonetization of the old 500 and 1000 rupee notes is supposed to suck all of that shadow economy cash from wherever people are hiding it. Then, by issuing replacement money, the government can gather a record of who has what.

It is really tough to measure a shadow economy. Use a survey? People might not tell the truth. Observe shadow economy activities and then create a model? Your data will be somewhat limited. Collect more data? You could compare formal economy income to spending, saving and borrowing. And even electricity consumption is a possibility. You “just” need to calculate total electricity consumption and then how much the GDP consumes.

It is also difficult to diminish a shadow economy. Since deposits that exceed 250,000 rupees (approximately $3700) will be investigated, some people are trying to spend the money now and get backdated receipts. They also are paying others to exchange money for them.

But the effort is worth it. India’s “Ease of Doing Business” rank is a lowly 130 out of 190 countries. They are at number 172 for enforcing contracts. For business to thrive, they need to illuminate more of their GDP.

My sources and more: Because of demonetization, India’s shadow economy has been in the headlines. Always a concern. Freakonomics has taken a look, Bloomberg shared several studies, and Friedrich Schneider’s papers have the academic perspective. And here is India’s “Ease of Doing Business page” from the World Bank.