Where To Find A Smaller Global Gender Gap

Rwanda has one of the narrowest gender gaps in the world. Ranked #6 in the 2015 Global Gender Gap Index from the World Economic Forum, Rwanda fared well among 145 nations. 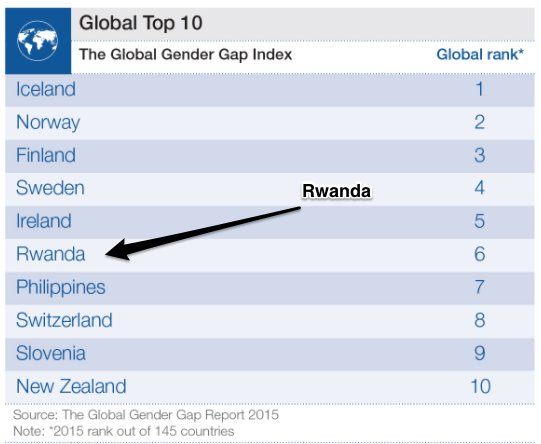 And the story becomes even more surprising.

Because of the 1990s Rwandan genocide, women had to enter the labor force. A little like Rosie the Riveter in the U.S. during WWII, the men had a war to fight so the women did the jobs. Then afterwards the women remained.

In politics the numbers are similar. A higher proportion than any other nation, 64% of their parliament is female: 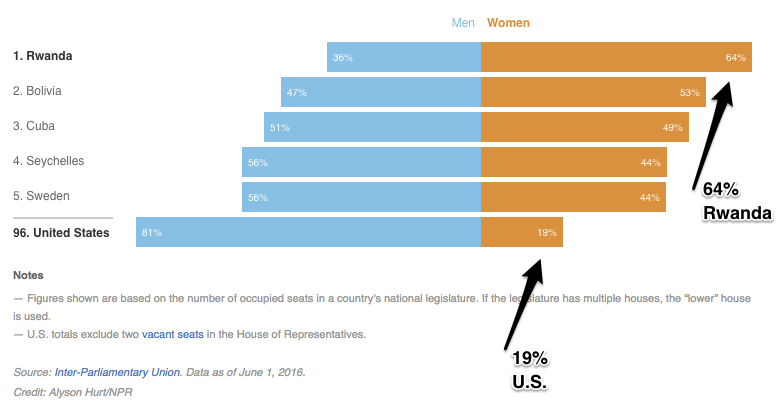 But there is one huge contradiction.

At home, many Rwandan women have little authority. Expected to obey a husband and lay out his clothing each morning (according to an NPR report), the Rwandan housewife follows traditional norms. And even her “access to land ownership,” to credit, and to property other than land, remain limited.

Seeing the political, professional and personal constraints that women endure, I think of the wasted human capital.

The following infographic summarizes a very small part of the 2015 WEF Global Gender Gap Report. But it does convey a little about underutilized female potential. 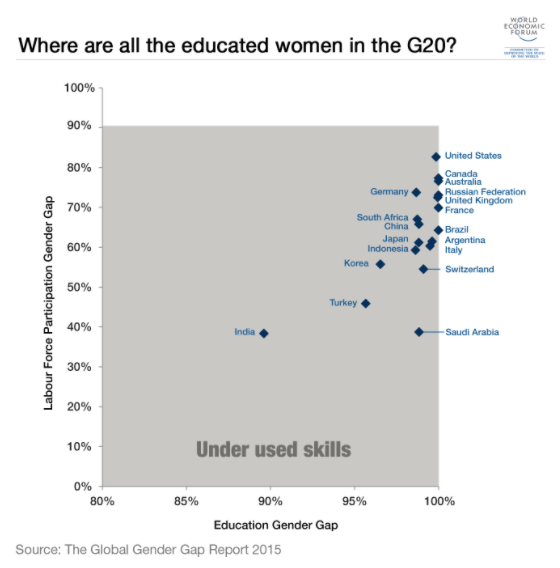 My sources and more: Making today’s walk a pleasure, the Invisibilia podcast (“Outside in”) told the story of a all-female Rwandan debate team. As my springboard for learning more about Rwandan women, the podcast led me to WEF 2015, this NPR report and more about the Rwandan genocide.

Why Grass-Fed Cows are Growing

Weekly Roundup: From a Beer Pipeline to a Robot Queue