Where to Buy the Cheapest Big Mac

We can get the most burger for our buck in Ukraine. At the equivalent of $1.57, a Ukraine Big Mac is close to one-third the $5.04 price of one in the U.S. On the other hand, a Big Mac in Switzerland would require $6.59 in U.S. dollars.

From The Economist’s list of more than 50 countries, I selected 16 to show their price in U.S. dollars. You can see that a Big Mac is relatively inexpensive in China and Russia: 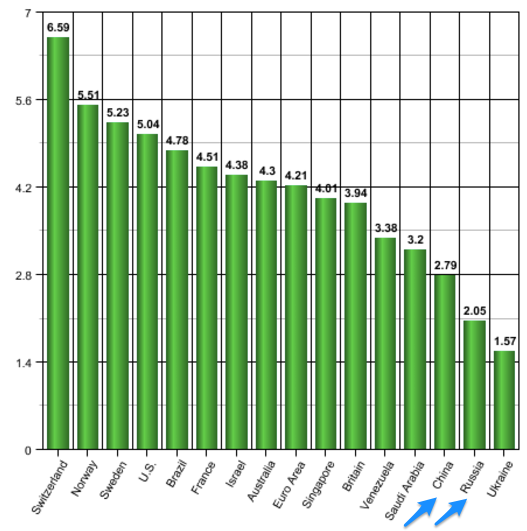 We can also look at the Big Mac Index through their world map. Comparing the January 2015 and July 2016 Indexes, you can see how the relative value of currencies have changed. Do note for example that the Australian dollar became undervalued: 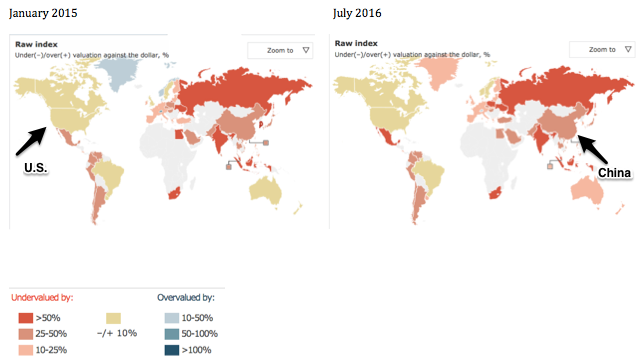 And that takes us to purchasing power parity (PPP).

What might affect the purchasing power of a currency?

It just might be efficiency. Better at making certain items, a country can charge less. Others try to make their exports more attractive by creating an undervalued currency. We can also add the currency impact of domestic instability or a sinking commodity price.

So, whether looking at Norway getting less for its oil or how a crisis in Ukraine is crushing its currency, behind every Big Mac price change there is a story.

My sources and more: My single source was The Economist but in my Bottom Line,  I did use an explanation from a previous econlife post. Please note also that McDonald’s makes their Maharaja Mac with chicken in India.

What You Never Knew About Standing in Line

The Importance of Being Similar